Then the police pulled him over and they tried to make him walk a straight line but he failed at that. Earl went on to fail the breathalyzer test as well. To add to his woe, the authorities brought him back to the police station and demanded he be the subject of a no-contact strip search. 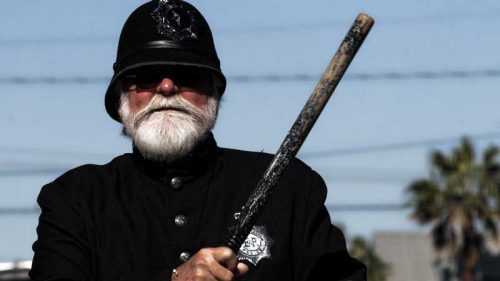 At this juncture, the killer had mellowed and now offered Earl candy at the obscene hour of the night. So Sylvester’s court appearance was around the corner. It so happened Ear had a friend I am calling Ned, who had gone to law school, passed his bar exams, but eschewed the life of a lawyer in favor of working as a local handyman in the west side of Toronto, where he had grown up. Thus, Ned represented Earl at such a terrible hour. Yes, the five police officers came forward, claiming to have witnessed the assault. Yes, Ned helped Earl in the court system. So the judge sentenced Earl, causing him to lose his car license for a period of time. When Earl explained this part of the story, everything got garbled.

All I know is that he was required to move back with his mother and have her act as his guardian. “So let me explain this to you,” Earl would say. “A very 30-year-old man has to move back with his mother, have a curfew, and be with her.” To add to his debacle, Earl’s mother is from China and he is obviously a single Caucasian, white male, all leading to cultural clashes with the older generation. So the luckless man had community service, one year’s probation, and a rule about no alcohol. Lastly, because of the charges, he also required to meet with his probation officer. “And they wonder why the system doesn’t make someone criminal,” he would argue.

So Earl moved back home, lived with his mother, the very parent that had christened him with the name Sylvester. One year of peace followed. On the night he turned age 31, Earl went out to party. Yes, he got very drunk, stayed out until the bar had closed. This time he took a cab home. He never remembered the cab ride home at all, stumbling into his home. To his surprise, he met a lone police detective. What had happened?! When Earl had missed his court-appointed curfew, his mother got worried, called the police, and now at age 31, he was again arrested and spent another three weeks in Toronto’s West Detention Center.