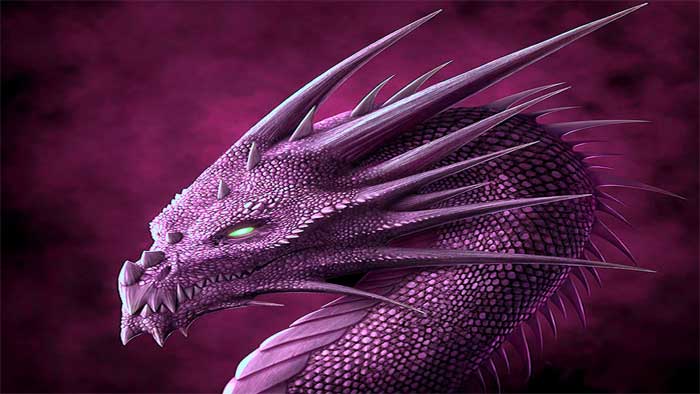 Roggan’s Tower: Everything that he had ever been told about the old tower high on the hills above the dead plains of Azurewrath was true after all.

Shivers ran up Garren’s strong back as his vivid grey eyes took in every evil detail. Legend recalled it had once been the abode of the last of all the noble dragon warriors of old – Lord Roggan, swordmaster and champion of Azurewrath’s great king, Borr the bald.

Now the time had finally arrived when peace and stability across the land had been driven beyond recent memory by the tower’s current occupant the wizard Theophas. He was by far the cruellest of all the Black Order of Deighny ever to venture into the western plains. Thanks to his evil purposes, the ancient crumbling tower now became the centre of his conjured malevolence as it spread its tentacles far and wide across the land, killing every living thing in its path.

The charm that hung from its simple hide cord around Garren’s strong neck held the life sapping evil at bay at least for now. But should Theophas or one of his minions spy him from afar, who knew how long the charm’s magic would hold out against the wizard’s steadily growing power.

The skies over ancient Azurewrath grew darker as Theophas increased the intensity of his evil magic, blotting out the warmth of the life-giving sun above and covering the slowly dying land with thick swirling black clouds. Soon all of Azurewrath would be consumed by deep gloom and death.

Garren hid in a small depression behind hardy thorn-scrub bushes that still barely clung to life, looking for any sign of movement from the tower less than a thousand paces away. As he watched, his right hand gently caressed a horned tip of the mighty bow Niom last owned by Borr the bald, slung across his powerfully muscled back, while the fingers of his left hand stroked the feathered flight of the one true arrow.

Neither Niom nor the arrow was by any means considered ordinary in their construction. Both were born out of deep and powerful magic.

The arrow was designed for one purpose only – to kill Theophas. Its shaft was carved from a carefully selected single sliver of the mighty tree Bragaroth, the first scion of the yew nation and god of Garren’s tribe.

The sliver had been extracted from beneath a thin piece of bark that still grew on the ancient magical yew’s northern side where it stored most of its poison. The arrow’s feathered flights were meticulously prepared from the last tail feather of the great eagle Crag after he had succumbed to Theophas’ evil. Its razor-sharp, magically beaten, and viciously barbed iron head was carefully fashioned within the last forge of the mountain dwarfs, two hundred leagues to the south. The dwarves had summoned the breath of Lord Draco the last dragon, for the fiery magical task.

Borr’s great bow Niom was already over a thousand summers old when it was passed to him on the death of his father for the kingship initiation right when he was just a youth of sixteen summers. Had he failed to string the great bow, young prince Borr would not have succeeded in taking his place upon the throne as king of Azurewrath.

No one alive at the time or even now knew what great magic had made the wondrous weapon in the dim past.

After Borr died without issue some two hundred summers ago, according to custom Niom’s bowstring was duly severed until a new king was pronounced.

During a time of great and violent turmoil, deep unrest, and bloody war between Azurewrath’s many tribes since Borr’s death, his great bow lay unstrung.

Many of his own tribe, the dragon warriors, tried over the years to claim the kingship by attempting to string his bow, but none succeeded despite their great strength. In the end, Niom lay forgotten and soon passed into memory along with its illustrious previous owner.

Then one day by chance or by design, while on a hunting trip, Garren found its hiding place in the ruins of Borr’s old castle. The young warrior took it to Magleb the dragon tribe’s venerable shaman. The old shaman’s excitement grew as he cleaned it up, fully realising what it was the young warrior had found.

At about the same time as Garren’s discovery, Theophas arrived in Azurewrath and took up residence in Roggan’s old tower, making it his own.

By the second summer of Theophas’ evil occupancy, hundreds had already died or simply run as far away as they could in fear of the wizard’s creeping life-sucking evil.

Magleb called a meeting of the remaining warriors of the dragon tribe, worshipers of mighty Bragaroth, determined to end Theophas’ hold over Azurewrath forever.

Holding Borr’s magnificent bow Niom aloft in one hand, restored to the world once more, with a new bow string made from the steel-like sinew of a buffalo’s hind leg in his other, he challenged anyone assembled there to try to string the bow.

Of all there that day only Garren managed the task. Magleb took it as an omen of great portent. It was as if magical Niom had somehow sought the young warrior out.

At the end of the moon cycle Magleb emerged from his workshop victorious, holding the one true arrow. Now Theophas’ nemesis was ready to end his evil occupation of Azurewrath.

He named the one true arrow Meorth, bringer of death.

Garren watched nervously as Theophas sent out a great cloud of his minions to spy on the land. His heart gladdened as they flew away towards the setting sun. Soon it would be time for him to get within striking distance.

The thick unnatural gloom of the day slowly turned to black moonless night beneath the evil black swirling clouds. Garren knew that Theophas would be doubly vigilant now that night was falling while he was alone in his tower without the immediate protection of his ever-vigilant minions. The wizard would be watching the surrounding countryside intently, aided by the reflective mirror surface of the mercury-filled golden bowl in his workshop for any sign of life or movement.

The time for concealment had now arrived.

Covering his entire body in a mixture of wet clay, dead grass, dust, and twigs, Garren began crawling slowly towards a knoll on the eastern side of Roggan’s tower, less than sixty paces away from the crumbling edifice. As he progressed towards his objective he realised just how exposed he was while he crossed the open grassland, especially now that the grass beneath him was dead and fast crumbling to dust. With every deliberately slow forward movement, Garren drew closer, until eventually, he was in position.

Carefully raising his head, he scanned the area between the two spires of Roggan’s tower where the window of Theophas’ workshop looked out onto the world.

Laying both Niom and the one true arrow Meorth on the dusty ground in front of him, he temporarily covered them with dry grass while he lay in wait.

From inside his workshop, Theophas watched the world beyond his window appear on the surface of the mercury-filled bowl. Uttering an incantation, his cruel eyes watched as the reflected image increased in magnification. Something had caught his attention.

Garren lay face down as still as a corpse, hardly daring to draw breath. The charm around his neck glowed deep red while vibrating its warning against both the ground he lay on and the muscles of his chest as the bowl magically surveyed the open ground.

Theophas carefully inspected the reflected view and then relaxed. It showed nothing more than dead grass, clay, dust, and twigs. He walked across his workshop to the great east window and looked out over his slowly dying domain.

Garren purposefully rose to one knee while at the same time fitting Meorth’s notch to Niom’s already taught bow string.

The muscles of his strong right arm quivered under the immense physical effort needed as he pulled the string back until both of Niom’s horned tips almost touched. He closed one eye and with the other, he carefully aimed Meorth’s viciously barbed tip a hands breadth above Theophas’ head.

Quietly uttering the incantation designed by Magleb to make Meorth’s path true, which the old shaman had made him repeat endlessly until it was firmly fixed in his mind, he relaxed the fingers of his right hand releasing their grip of the bowstring.

For a few brief moments, he watched as Meorth flew in a wide arc through the night until he could see it no more.

Too late Theophas saw his nemesis.

In less than the time it takes to draw a single breath it pierced his left eye. Meorth cleaved Theophas’ malevolent brain in two while lodging itself firmly in the back of his skull fixed by its barbs. The wizard’s cruel face twisted into a deathly frightening grimace in that final brief moment of life. No sound escaped his cruel thin lips as Meorth’s great magic took hold.

Instantly Theophas’ brain became nothing but crumbling dust while the deadly poison leached rapidly through his body from Meorth’s yew shaft, ending his life and his evil hold over the land forever. In so doing the one true arrow also destroyed the wizard’s conjured minions at the same time.

The first light of new dawn appeared over ancient Azurewrath. Garren re-entered the glade where mighty Bragaroth stood. Magleb sat with his eyes closed while a broad smile lit up his face as he rested against the yew’s aged trunk. All members of Garren’s tribe enjoyed the simple pleasure of the sun’s warmth once again as it steadily rose above the eastern horizon.

Slowly over the next few months, the land came back to life. The skies above cleared. The sun shone, and plants grew aplenty. A new age arrived as the ancient land settled back into peace and prosperity once more under the benevolent leadership of its new young king Garren, holder of the bow Niom, and slayer of Theophas, from his home high above the now fertile plains of Azurewrath in the rebuilt magnificence of Roggan’s Tower.

Mounted on the wall above Garren’s throne, the great bow Niom and the one true arrow Meorth stood as a powerful symbol for good. Their likeness became the basis of king Garren’s coat of arms in the new age of enlightenment which spread far and wide beyond Azurewrath’s farthest boundaries.

The Five Pillars of Innocence