With the word, she plunged her hand into Oswald’s jacket pocket, and next moment she was rubbing her hand like mad on her dress, and screaming almost as loud as the baby. She ran screaming into the night.

Oswald rose groggily to his feet. Grabbing his walking stick, he readied himself to strike out at the teenage girl’s two male companions should they try to do him any more harm. Any further action on his part ended a few moments later when a police car stopped beside them, taking both the youths by surprise. 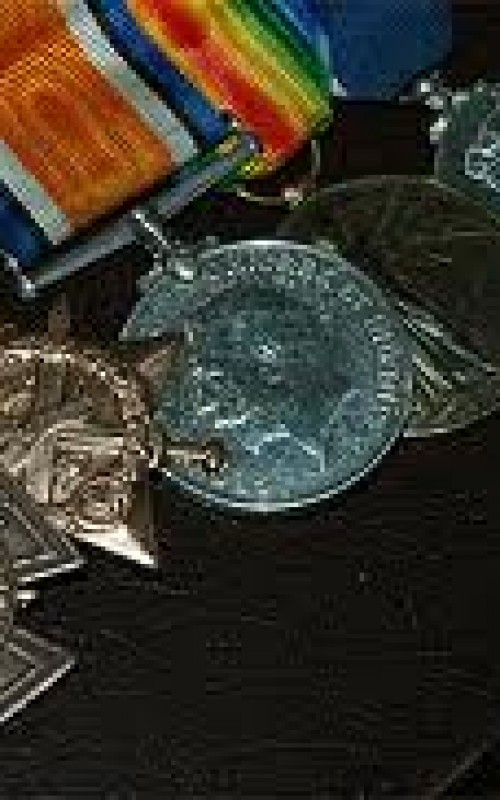 After seizing and handcuffing one youth, a police officer helped Oswald to a seat at the bus stop. The other policeman gave chase on foot, rugby tackling the remaining youth, and quickly handcuffed him.

“My name is Michael Oswald Jerome. I’m sixty-three. What else do you want to know? You already know where I live.” he replied to the police officer’s routine questions while a medic from the ambulance the policeman had called gave him a thorough check over. Except for a few cuts and bruises, he had come through his latest unnerving experience relatively unscathed.

After the third painful assault by the young scumbags in his neighbourhood which happened the week previous, Oswald decided that enough was enough. Being a creature of habit he always kept his wallet in his coat pocket. Twice now after being knocked to the ground by the two teenage boys, egged on by their female companion, she rifled through his pockets, stealing what she found. As a parting gesture, the youths viciously kicked him. On one occasion he had to be hospitalized for a couple of days with broken ribs.

Oswald swore to himself that the next time it happened, even if he died, he would get his revenge on the female ringleader.

The part of town he lived in was populated mostly by the unemployed and the unemployable like him. Simply taking a walk down his street and around the corner to the local supermarket, even in broad daylight, was like walking into a warzone.

Since he had been moved here five years previously after being found living rough on the streets and down on his luck, it hadn’t taken the local yobs very long to suss him out as an easy target to mug, or someone to viciously kick or beat up just for the hell of it.

If you saw Oswald on the street you would have simply written him off as just another unwashed vagrant. But if you had bothered to get to know him, you would soon realise that you were in the company of an intelligent man well worth making your friend.

Oswald shut himself off from the world at large behind securely locked and bolted doors and windows, never venturing out unless it was absolutely essential. Instead of opening his front door and going out into the world, he relied heavily on his computer, buying everything he needed online, and communicated with his few friends across the world via email.

Forty years earlier in a warzone in another country, he had married a local girl in a simple Buddhist ceremony for three reasons. Number one, he had fallen head over heels in love. Secondly, at nineteen he was as horny as hell. Thirdly, being married to a local girl meant he could live off base. She had died, six months into his second tour of duty; a casualty of allied bombing. All their plans of her and their new-born son, who also perished in the bombing raid, following him home, tragically ended. Mix this with the things he saw, experienced and did under fire and is it any wonder he became a member of that band of warriors who suffer from post-traumatic stress disorder, mentally scarred forever more?

Sadly, such are the fortunes of war.

Oswald didn’t get over his wartime experiences, nor did he ever feel he could allow himself to get too close to another human being ever again. Somewhere deep within his still traumatised mind, he feared that a tragedy would take away whoever he gave his heart to.

The next morning, a loud knock on his door made him jump. He peered out of his kitchen window and saw a police car. Finding his keys, Oswald went to his front door and unlocked it. A different policeman stood there with a stern look on his face.

“I have here a warrant for your arrest,” the policeman said matter-of-factly. “You are to be charged with causing grievous bodily harm.” He indicated to Oswald that he should hold out his hands to be handcuffed. After getting his coat, walking stick and hat before locking his door for him, the policeman took him to the station, where he spent the night in the cells.

The following morning Oswald was taken by prison van to the county courthouse to stand trial. As far as the lawyer for the young female gang leader was concerned, whether it was an open and shut case was debatable. She sat beside him, smirking and determined to make Oswald’s life hell yet again.

Before he had been transported to court, Oswald had smartened himself up by washing himself and combing his hair, before putting on his coat and hat.

The justice of the peace entered the courtroom and took his seat as everyone stood. Oswald shifted his weight on the uncomfortable wooden chair in the dock. He reached inside his pocket unseen by the majority and pinned something on his chest.

“Accused rise,” the court clerk ordered before he prepared to read out the charge.

The sound of people gasping filled the courtroom as Oswald stood to attention. The female gang leader’s lawyer shook his head. As far as Oswald was concerned he was on parade again in front of his commanding officer. He stood there, back straight, thumbs lined up with the stitching on his trousers, eyes front.

“Your honour, given the accused’s obvious excellent record, I am urging my young client to drop her case and if the court will agree, I shall advise her to hand herself over to the police.”

“But he hurt me hand look!” the girl yelled indignantly, waiving her heavily bandaged hand. “Dirty old farts like im deserve what they get – smelly old git!”

The justice of the peace banged his gavel.

“Silence, silence in court. Young woman, you will show respect for a very brave man. Take a good look at the medals on his chest. In particular look closely at the first one. Bailiff, take her over to the dock please.”

The burly bailiff did as he was bid and forcibly escorted the teenage girl over to where Oswald still stood proudly to attention. She looked at Oswald’s row of medals. They meant absolutely nothing to her.

“Yeh, so what?” she said almost spitting out the words.

The justice indicated that she should be returned to her seat.

“Young lady; and I use the word ‘lady’ advisedly in your case, the first medal on this gentleman’s chest is the Victoria Cross, the highest medal for gallantry this country has.

I have read the reports of the police officers who went to Mr. Jerome’s aid when you and your two associates set upon him. The sergeant in charge tells me that this is the fourth time this gentleman has suffered being assaulted by your gang of mindless thugs. Mr. Jerome, you are free to go sir – case dismissed

That night as Oswald lay in bed he smiled to himself. It had been a brilliant plan on his part to put that toad in his pocket the other night where he normally kept his wallet.

Ronald Chavez Jun 10, 2012 0
Every once in a while a novel comes along and grabs you with truths and ways that if followed can lead you to a way…
Publishing