She sat there in the dark listening to the whispers. Mama was still out there in the cold, and she had started her whispering again.

First Funke had been too angry to cry even. Memories flooded in as she remembered the small injustices that she had silently taken.

Funke didn’t like the idea that Mama preferred her youngest sister. Rita was worse than a prostitute, but Mama never seemed to see anything wrong with her constant stream of men. 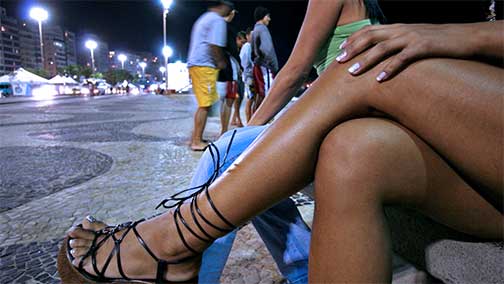 “You know, she is just growing up, she will soon tire of this, I asked you to support me with Kunle and the idea of marriage..”

“Mama, Rita was only 16 then; you weren’t expecting her to be serious about a young boy then.”

Mama was silent, and Funke had sighed in frustration.

“Now she is moving around with married men and coming home with expensive clothes and present.”

Mama gave her a tired look, “she asked me to sell some goats for her you know, and that is how she got the money.

“Why do you always support her?” Funke moaned in real desperation, “she can’t string two correct sentences together, and I suspect that those clothes and perfumes cost more than money from two odd goats.”

“Mama! That is not the point.”

Rita had a talent alright, sleeping with a bewildering array of men.

Funke had been bitter. She had lived like a virgin for a long time, and the one person she fell in love had been jinxed by her mother.

It was Rita who told her what Mama had done.

“Remember that food she gave you when she came over to visit you in Lagos”? Rita had blurted one day.

Shocked, Funke stared at her sister and from a tight throat asked why. Rita shrugged, “Mama doesn’t like the way you have remained stubborn and refused to cooperate with her”.

Mystified Funke asked what type of cooperation had been expected. Rita replied that Mama had expressed misgivings about the ability of Dapo to provide for Funke and had spiked the potential of a possible marriage.

Dapo had moved out abruptly one morning and refused to talk to her despite her pleadings to at least know what had gone wrong.

Years later, Funke had visited Yemoja’s priestess and from the calabash of clear water had been shown who had been behind her old maid status.

When Mama suddenly fell ill, the priestess had asked her not to visit. Funke had been too shocked to think even of visiting then Mama passed, and her life changed. She finally met and fell in love with Deji and had two lovely daughters. She even got a job.

Two weeks ago the whispering had started. Mama had started complaining that she had no seat with the elders and Funke as the eldest child and daughter should make her seat which should be placed with the elders.

Funke had not spoken to Mama in the fourteen years of her death, and she was darned if she was going to start now nor design a seat.

Crikey, she is just going to be a nuisance with the elders council. Funke had thought. But then, Mama had always been a persistent person.

In annoyance Funke now whispered fiercely” Why don’t you ask your precious Rita to make a seat for you Mother?

The answer came back instantly, “The gods don’t speak English, Funke, I have been standing at the entrance for fourteen years, I need to sit down, how long are you going to make me stand?