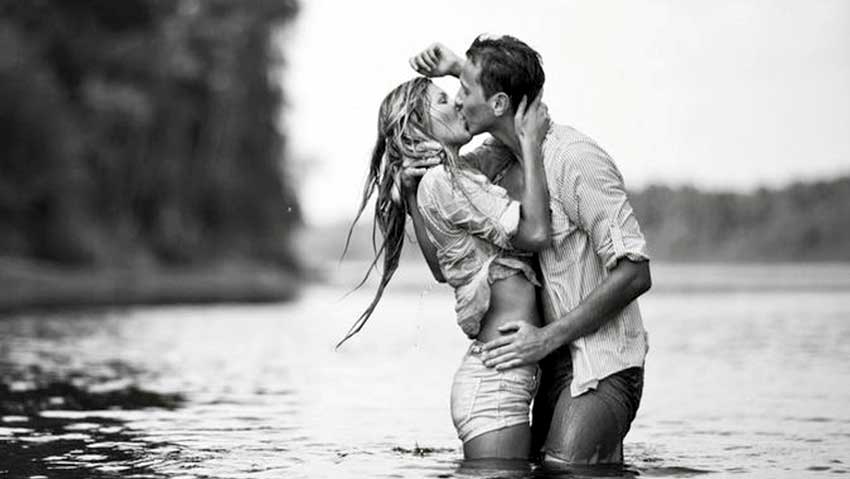 Just Friends: It was over. She had run away, gone across the world to Australia to be in a band. It was a huge opportunity, blah blah blah. They had always known it was coming, he supposed, it was one of those unspoken things they both knew was there.

He had secretly hoped that since she never brought it up, she would change her mind. She had avoided it for only one reason: she didn’t want to disappoint him and break his heart, but she knew she would.

It wasn’t that she didn’t love him; for the better part of three years, she was more than positive that she did. There were times when she was sure she loved him so much that it physically hurt her. On those nights, when she lay in her single bed waiting for him, wondering if he was with someone else, wondering what would happen to them, wondering if he really loved her, she was convinced her heart would burst. He’d put her through a lot in the beginning, but she’d stayed with him.

He knew he’d made her wait a long time. He remembered the first time she told him she loved him. They were drunk. She had a dark red ring of wine around her mouth, and she touched his hair around his ear. She made eye contact then stared out the window. He thought she was just saying it; they’d only known each other a few months. Afterward, he wondered if she knew him well enough to mean it. He suspected that she didn’t. Maybe she wanted it to be true. Perhaps, on some level, he did too.

She knew he wasn’t ready, knew that one day he would be, so she waited. She cried a lot. She got drunk with her friends and made out with random boys in clubs. Her friends took pictures and bragged to him on her behalf. She was trying to hurt him, but he never showed her how he felt. He’d shrug his shoulders. He’d tell her they weren’t committed to each other, that she was free. She didn’t feel free. She felt anchored down, bound to feelings that felt entirely involuntary. She tried to make space for herself. She took holidays with friends. She didn’t talk to him for weeks. She went on dates with guys who had real jobs, guys who took her to dinner and bought her presents. Her mom met and liked a couple of them. She thought it would be so much easier to have feelings for one of them, and she tried to, but she couldn’t make herself.

He spent a lot of time alone. He read a whole collection of plays. He drew. Sometimes he got drunk with the guys, and other times he hung out with his female friends. Sometimes he hung out with them one on one, other times in groups of three or four or five. He continued calling them “honey” and “darling.” It was easier because they didn’t mean anything to him. When he spoke to her, he called her by her name. Petra. His tongue popped over the P. She liked the way he said it. He made it sound beautiful, exotic even.

It took him a while, but he woke up.

She dated other guys, one a little more seriously than the others, and it hit him. If he didn’t get over his fears, his bullshit, his past, he would lose her. I mean, enough with the self-pity, he told himself. Get a hold of yourself, man. Go, get the girl. So he did. It took some work, some winning over. They were deliriously happy for a while. They told everyone how much they loved each other. He felt the need to shout it out, tell everyone, call her his girlfriend, his love. It was like that, then. He needed to make up for the lost time. He had to make it up to her. They both felt it, even though she never said it, never admitted it. But it was there. He had been selfish once, so she reserved the right to walk away anytime.

She hoped he would come with her. Deep down, she knew he couldn’t. She pretended that it hurt less than it did. It was the only thing she could do. She saw the world, living her dream. She was experiencing all the things she’d read about, visualized, all the things she’d always wanted to do. It was just the beginning, she knew — just the start of the life she wanted. The thing is, she’d always imagined how her life would be with him. She always thought they’d get married, have a nice house by the beach, raise kids who were artsy like them, but more practical. He used to picture it with her too, they used to talk about it all the time. It embarrassed him, so he didn’t admit it, but he liked that picture a whole lot; loved it, even. Maybe more than she did. Perhaps he needed it more.

They sometimes talk now. He still pines, sometimes in public. And sometimes she tells people about it, mentions it here and there, but she tries not to. It was her decision, even though it didn’t feel like one to her at the time. It felt like she had to do it. It felt inevitable. They still send each other text messages sometimes, and talk on Facebook and MySpace. When people ask, they say there are no hard feelings, then quickly change the subject. They always tell people they’re still friends. It’s easier that way.

"to be nobody but yourself in a world that's doing its best to make you somebody else is to fight the hardest battle you are ever going to fight. Never stop fighting." :) e. e cummings
xoxo

Cynthia Niswonger Jun 30, 2010 1
Even after all of these years I believe it was Rupert who swaggered in and saved me. A cat as ordinary as any other…
Writing