I remember having a friend from high school. Let’s call him L. He was always the life of the party.

After high school, he became more of a drinking buddy. L always had a bottle up his sleeve, literally. He would pull it out at awkward moments. We could be in a restaurant, bar, or eatery…surprise, surprise… the green liquor manifested.

“Here it is,” he exclaimed with weird delight, “Chartreuse,” he would go on, “Monks made it! It must be holy!” he would beam. I don’t recall him ever drinking this bottle of booze, but it did make an appearance in many late night adventures. Sometimes along this way his joy turned to sorrow. 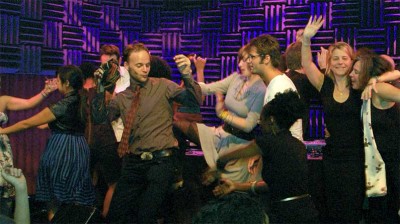 After a night of drinking in Toronto’s bar scene, L would place himself by a public phone and would crank call people at crazy hours. We all do crazy things when we drink. That is part of life. In fact, according to memory, at last call, he would do a sweep through the establishment, find a female, and share a drink with her.

On a bad night, he would steal coins from the bar with a strange sense of pleasure. Again, we all do crazy stuff when we consume alcohol. During such a time, we went to a downtown bank machine and there L found a Laptop. It had a telephone number in it, all for anyone who would find it in case it went missing. I called it, made sure it’s owner would have it returned, or they knew it would be returned. The Lady thanked me, admitting she was a contract worker with Bell Canada, and she did not own the computer, but it was on loan from the company. If she lost it, her contract job would be over. I expected L to return it. It was a non-issue with me, or so I thought. That was the worst mistake I ever made.

Months later, L lost vision in his left eye. At the time, I thought that he had been misdiagnosed for hysterical blindness, but he argued against such a statement. For some reason, New Year’s Eve 1999, I met L again with other friends, but when the New Millennium arrived, L would ignore my calls, messages, and I would meet him ten months later and he was a stranger to me. What had happened?!

Through my girlfriend at the time, I learned, L had gone through a life altering experience. When we found the Lap Top in October 1998, L said he would return it. He, however, did more. After a night of drinking, he would call up the Lap Top owner, pretending to be me, at all hours, demanding a reward to return it. Finally, she relented. She agreed to rendezvous in a subway station to make the exchange. It was at this juncture, L was met by the Police, who arrested him. They charged him with theft under 2000 dollars and criminal harassment.

Apparently, the Lap Top owner was at her wits end. Fearing the loss of her job, she reported her computer missing. After his arrest, I was told, at a later time, that L was placed in a one room cell where other arrested people were brought in for the day. They left L there, and the experience scarred L beyond belief. He kept quiet about this situation. The authorities went to trial. Because L had never been involved with the law before, they gave him community service, picking up garbage. In April 1999, he lost vision in his left eye. He went to a doctor and was diagnosed with MS. The shame of jail was so strong in L that he had cut off all relations with his friends. It took me time to get over this development, like all things.

“I’m getting some serious of tests for MS in February,” he would tell me. When February 2010 arrived, he got the bad news.  Yes, he ignored me, for some reason that is how he dealt with his health problems.

The last I heard of him is that he went to Phuket Thailand to teach ESL. I hope his joy has returned.  I wish him well.

chastitybush Oct 11, 2013 3
Start With a Bang I have come to learn that the best way to get a publisher's attention is to start your story…
Writing