For the Love of Acorns 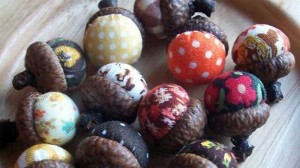 Feeling the whole world was against him, the chain around his neck rattled as simple minded Byz slumped down on the floor beside his bed and began to sob uncontrollably. Not one of his goblin brothers took pity despite his tears and his pathetic promises

. After all, they knew that the moment they relented, within a day or even before the next new moon rose, he would disappear again on some fool’s errand or other.

Since they had rescued Byz from the mountain Troll Boggis, three moon cycles ago during winter, Glob, Make, Mouse and Neo had made good their promise by chaining him to his bed as punishment for his last brainless jaunt into the world beyond the safety of the forest.

“I’s goin to see’s Miranda,” Neo suddenly announced as he headed for the door. If there was one thing he could not stand it was a full-grown goblin crying like a younger.

Make puckered his lips, mouthing a silent kiss, while Mous imitated Miranda by fluttering his eyelashes. Glob chuckled quietly at the antics of the pair as Neo rapidly disappeared through the door closing it behind him.

Neo climbed down inside the ancient oak’s great trunk and out through the door in the roots. He set off along the forest path to the humin village where their friend Mica and the love of the curmudgeonly old cross-eyed goblin’s life, Miranda lived.

“Morning Neo, nice day,” Mica greeted him as he passed close by.

Neo nodded grumpily at the two Micas his crossed eyes beheld, not saying a word in reply to either of them as he scrambled beneath the fence of Miranda’s paddock.

The old mare suddenly stopped eating her fresh hay and pricked up her ears. Oh joy, her Neo was coming to see her! Miranda’s long eyelashes almost whipped themselves into a frenzy of pure delight as her heart thumped with a mixture of sheer happiness and blissful love while her tail swished vigorously.

Neo appeared under the wooden pole across the entrance to her stable. His face lit up as a seldom-seen smile broke out across his leathery old face.

“Mornins dearest soul,” he said with a toothy grin. “I’s broughts you some nice fresh grass for your breakfasts,” he continued as he tenderly stroked her soft nose. Miranda munched happily on the delicious mouthful of new spring grass while Neo climbed onto her neck and began to comb her mane through his long bony fingers.

Come midday, hunger forced Neo to end his favourite pastime of grooming his friend. So blowing her a gentle kiss, he departed, heading for home.

A loud and angry argument was going on between Make and Mous when Neo entered their shared home inside the oak’s hollow trunk.

“Oy now thens what’s goin on ere?” Neo yelled as he slammed the door. “Shush can’t you. The whole world can hears you. What’s all this argy bargy in aid of?”

“Didn’t!” Mous bleated, with tears flowing down his face, upset that he had been accused of such a thing by his best friend in the whole world.

“Hello, anyone at home?”

Mica stood beneath his goblin brother’s home within the forest.

“Have any of you lost anything recently?” Mica enquired.

“Funnys you shud mention it like, but yes. Make as gorn an lorst is bestest Briar pipe, why?” Glob replied, curious and puzzled.

“Things have gone missing in the village as well as in your house Glob, that’s why. I think we have a thief in these here parts.”

“Well it aint me, it aint I tellz you!” Mous yelled, before bursting into floods of tears.

After Neo angrily ended the argument by banging Mous and Make’s heads together, Mica began to tell his goblin brothers about the spate of recent thefts from the roundhouses of the humin village.

“Will you two shuddup n stop interuptin n listen!” Glob yelled, glaring angrily at his two troublesome brothers who were both rubbing the rising painful bumps on their heads.

He begged Mica to continue.

Mica reeled off all the precious belongings that had disappeared across the village. The list was steadily growing, day by day. Among the many items were the Jet necklace his father had given his mother when they wed, and the yellow Jasper pendant Mica had given as a token of his love for Agnitha, the daughter of the village shaman.

“And now you say that Make’s best Briar pipe has vanished to?” Mica sadly shook his head at the news of the latest item stolen.

“Still reckon Mous pinched it,” Make grumbled as his face took on a black look.

“Strikes me we needs to go on a hunt for this ere thief yung Mica,” Neo declared. Glob and Mica nodded their agreement.

“Right,” Glob began. “Neo, you takes Mous with you. Me and Mica will takes Make with us.”

As the two parties parted company heading off in different directions, Make and Mous still shouted angrily at each other as the distance grew between them.

By mid afternoon both parties had scoured the countryside in their search for clues around the humin village and the forest.

A bird perched on the window ledge, cocking his head as he peered inside. His sharp eyes spied a pretty thing.

The bird took up the invitation for food.

“Times to call it a day,” Glob said as the two parties met up empty handed. “Comes home with us Mica an we’ll have us some mead n make a plan for tomorrer.”

“For the love of acorns, will you two jus shuddup!” Neo screamed at the top of his voice, making himself hoarse, and coughing uncontrollably in the process. He swore that if either of them uttered one more word, he would pack his bag and go to live with his friend Miranda.

“Only us Byz,” Glob said as he opened the door to their home. Mica stooped low to enter the cramped goblin home behind him followed by Neo, Mous and Make.

The sight that met their eyes left them all speechless.

Above Byz’ bed, hanging from the ceiling was their witches-cage made from Elvin gold. And to their complete surprise a magpie sat on a swinging perch inside it, happily being fed by him.

Because Byz had seemingly trapped the avian thief inside the cage, Glob had no trouble getting it to talk because of the cages powerful magic. Whoever or whatever was trapped within it was powerless to lie, or to escape.

First they learned its name. The magpie was called Grouzle. No bird ever volunteered its name normally. He had recently arrived from the valley beyond. And, being what he was he just couldn’t help himself and began stealing all the shiny things he could. He did admit that taking Make’s best Briar pipe was a mistake. It’s just that it shone so brightly in the light, tempting him.

Grouzle told them where his nest was and the following day Mica and Glob set off to retrieve the loot.

In reluctant gratitude for Byz’s part, they all agreed that providing he agreed to be tethered to one of his brothers from now on, they would unchain him. He promised on condition that he could keep Grouzle in the cage as his pet.

Make was made to apologise to Mous by both Glob and the still livid Neo for accusing his best friend of theft. Mous harrumphed and moved off into a shadowy corner of the goblin brother’s home inside the ancient oak’s hollow trunk, still sulking and muttering under his breath.

“Toldz you I aint no thief, so there,” he said, poking out his tongue and folding his arms before turning his back on all assembled.

“Oh Mous for the love of acorns just shuddup will you!” they all cried out in desperate unison.

“Shant! I aint no thief I tellz you, I aint! Taint fair. Nobodyz believed me, not nobodyz.”

Everyone let out a collective sigh. They all knew it would be at least until the end of the next moon, or summer, before Mous would eventually calm down and stop sulking…

Joyce White Jun 28, 2012 0
Sculpting the Heart's Poetry while Conversing with the Masters - Growing Love When I was a child, it was my mom…
Writing