“Your name is Andrew Booth.” 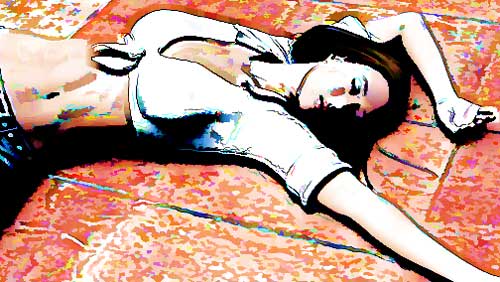 “It doesn’t matter who I am. You need to come with me.”

“Not really. Now come with me.”

“You have a hole in your chest.”

“Now do you believe you’re dead?”

“Either that or this is a strange dream.”

“Prove it? What do you mean, ‘prove it’? You have a hole where your heart should be.”

“How do I know I won’t wake up in a few minutes and find myself passed out in an alley somewhere?”

“Do you often pass out in alleys?”

“There! That proves it. This has got to be a dream or you would know.”

“Oh. I see the problem. Mistaken identity. I am not an angel, they’re far too busy to do this kind of administrative work.”

“I’m just here to collect the bodies and direct them to the right place.”

“I don’t think they collect bodies, do they?”

“Work with me. Use a little imagination.”

“I’m in administration; we aren’t required to have imagination. And besides, that’s a terrible analogy

“I don’t have time for this. Are you coming with me or not?”

“You mean I have an option?”

“Not really. I’m just being polite.”

“I’m having a really hard time dealing with this. I can’t believe I’m dead.”

“I’m not a psychologist or a bartender, I’m just an administrator, and I’m running late. Look, if I give you proof, will you come along quietly?”

“It has to be convincing.”

“Look behind you in the alley.”

“Oh my god, I’m dead! How come I don’t remember anything?”

“Don’t worry, you’ll remember soon enough. Or…maybe you were unconscious when it happened. You did say you have a habit of passing out in alleys.”

“It was just an example!”

“Or maybe you were remembering something. Anyhow, come with me.”

“We can’t just leave me here.”

“I’m sure there are people who take care of these things.”

Gerry Huntman Jul 15, 2014 0
What is the Horror Genre?: When I started as a writer, I wrote fantasy stories—and usually the heroic type. I still…
Publishing