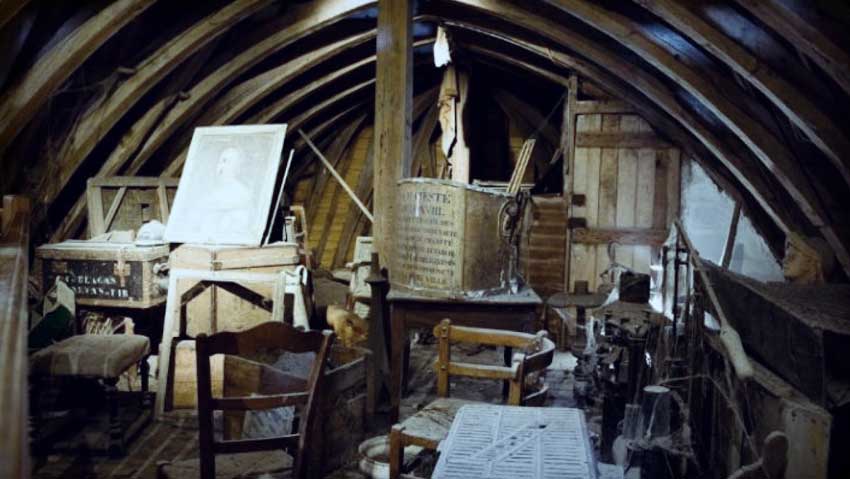 Dreamers: “Hey Dwayne, come look at this!” I said and held up the painting I found in the back corner of the attic.

“Just a dumb castle on a hill. So what?”

“Don’t you ever wonder what it was like? See, it says this is a copy of a painting by Albrecht Dürer – 1495. The original was painted around the time Columbus rediscovered America!”

“So? Who cares really? Dad says we need to keep focused on the here and now. Dreamers are losers,” he said.

“No, he said that, honest. Caught me reading a comic once and got mad. Gave me a book by Karl Marx to read instead. Said we needed to start focusing on the important things needed in America.”

“Whatever. Almost time to go home anyway. We got her dresser stored up here and didn’t break nothing so we can get paid.”

Long as I knew Dwayne he was only focused on money. Mrs. Larkin was an old widow woman who offered to pay us $5 each to move an old dresser from a bedroom to her attic. I knew she couldn’t really afford it but she needed the help. We happened to be walking by yesterday on the way to school when she asked us so we set it up for today, being Saturday.

Dwayne said he’d see me Monday in school and was gone. I dusted off the old print and headed down the stairs. Mrs. Larkin was waiting with my $5 by her front door. “He was sure in a hurry,” she said.

“Yeah, he needed to get home…Mrs. Larkin, you want to sell this old print I found?”

“Let me see, oh yes, Castle Arco. My late husband actually visited there once. He took some pictures too. I have one here in the bureau drawer, want to see? He went to Italy for a relatives funeral at the time.”

“I don’t want to impose ma’am. It is just an intriguing print for some reason.”

“Harold, I don’t get any visitors, you are not imposing, come and listen to the prattle of an old woman and I’ll give you the painting.”

“Well, I’d like to see the picture if not a bother.”

We entered her living room and she rummaged through a drawer the pulled out a book of pictures.

“Here it is! That handsome young devil is my Clyde. That is the castle on the hill up behind the building there. Not a lot left, but it sure must have been almost impossible to conquer in its day, no? They say there was one there even as far back as the year 1000, can you imagine?”

“The days of knights and chivalry, the days before guns and bombs. Must have been wonderful times,” I mused aloud.

She gave me a funny look then said, “No son. They were terrible times. Times of famine, days when a simple cut became infected and no cure, days of rats spreading plagues, fear of the church and of all strangers. Malaria, dysentery, polio, all the diseases of mankind. Days filled with biting cold and stifling heat, no they were not nice times, still, one can imagine and pretend, never be afraid to dream, to wonder, to wish. I heard Dwayne’s comment. Without dreams and dreamers, there is no future, no vitality, only sameness, and eventual disaster.”

She stood and returned the picture to the drawer then continued. “Nothing has really changed. We traded in our spears and swords for guns and bombs, but the result is the same. Wars still happen, people still die.

“Harold, I was a history teacher, not the lies and half-truths they teach today, real history as it was. Don’t let them fool you. In Vietnam we lost a total of 58,000 soldiers, that was over many years. Son, 51,000 died in one battle at Gettysburg in three days! In the Battle of Plataea during the Greco-Persian Wars in 479BC one estimate said 257,000 died. Other battles had over a million causalities. My point is, as we progressed we actually sanitized the art of war, I mean war as in face to face confrontations. We made it more defined and actually less deadly, not more. Maybe someday we can reduce it to zero. Doubt it, not in our nature, but we can and should dream of doing so.”

She tried to hand me the $5 and I told her no, to keep it for the picture. She didn’t argue, a fair trade.

As I started out the door she said, “Harold, dream your dreams. Fight for your lady fair, joust for glory, battle a strong foe, save the day, save the world if only in your mind, then, when the day is done look back and think what part of those dreams you can apply to reality. There is the true hope of mankind, converting the dreams to reality. So few dare to dream anymore, so few. Be a dreamer. Write a story, write a book, let the dreams flow and hope they may come true for someone someplace.”

I turned to her, “You must have been a wonderful teacher, Mrs. Larkin.”

She actually frowned. “No Harold, I didn’t dream at the time, I didn’t do what needed to be done, I went after the money, the security. I followed the orders to the flock. As a result, people like Dwayne exist, but there is still time and as long as we are able to have free thought we can and must dream.”

She slowly shut her door but I had to admit, she gave me a lot to think about.