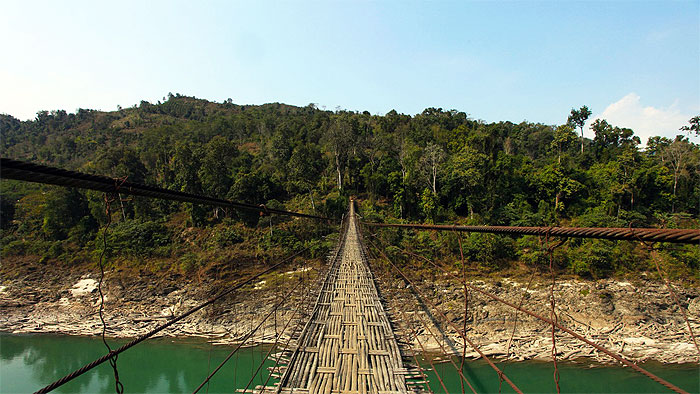 She did have to agree with Sandy’s point though that the Tsitsikamma forest is one of the most beautiful places in South Africa, if not on earth. Sandy was right about Ken being all wrong for her & she was right about the forest. Still, there must be a better way to experience it than hanging 30 metres from the ground.

Supper was simple but delicious. Chicken breast with instant cheese & mushroom sauce mixed with pasta all cooked to creamy perfection by Sandy in a single cast-iron pot. After all the activity Elizabeth felt exhausted & turned in early. She struggled at first with the unfamiliar stretcher & sleeping bag combination, but soon mastered it & fell fast asleep within a few minutes. Sandy sat outside drinking a quiet glass of wine & looking up at the sky. The clouds started to bunch together & hide the stars. It looked like there might be some rain coming. Before going to bed she packed all the cooking equipment back into the trailer & double checked the guy-ropes just in case.

“Keep still. I’m going to try to find the zip so we can get out of here.” Sandy was still fumbling around when a bright light shone through the fabric from outside.

“Thanks, Sandy, good work there. Can you carry on with coffee? In the meantime, I think something stronger while we wait for the water to boil.” He fished in the pocket of his large waterproof jacket & hauled out a half-size bottle of old brown sherry. “Not quite St Bernard dogs & barrels of brandy but it will do hey.” Everyone in the room, Elizabeth included, laughed. He hunted out some plastic cups & poured the sherry.