Dina opened the door slowly. She looked around for a seat near the old model, but failed to find one. The workshop this morning was a real success.

The organizers’ promise to get; different yet decent models, attracted unusual attendees. Her seat was side ways from the model, so she held her pencil and sketched the woman’s body, then the face. She knew quite well now how to paint those covered bodies, from the long practice of painting such models. She even doubted her ability to paint not even bodies but bodies dressed else wise. She had a baby blue galabia, and a very long black head scarf covering almost her upper part of the body. She found herself stopping more than often contemplating on that face before her that she has to paint. The woman was in her fifties, one can easily count every wrinkle formed for every year in her life. 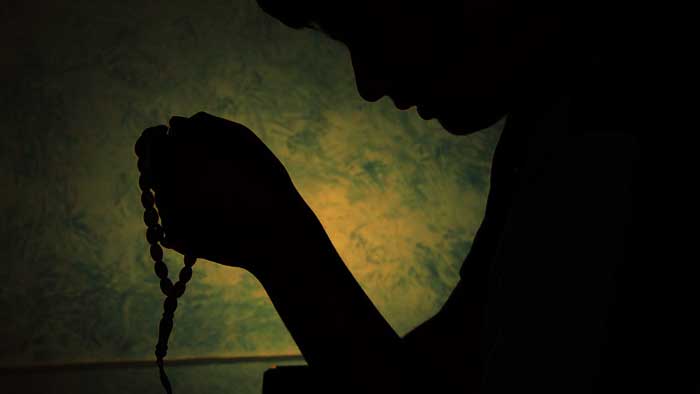 Her face carried two scars, one parallel with her eyebrows, and the other taking a cross section with her upper lip. Misery, poverty and helplessness were all drown on her face, leaving Dina no variety of colors and shapes. She couldn’t define what she saw but, she, definitely, could draw misery. She painted and painted for two hours, the work shop’s session duration, and when it was time to show her work all the comments came in the same direction.

“It was you who you were painting”, was her professor’s comment. “You painted your face”, was the assistant professor. She didn’t feel that she was painting her own face; she looked again and found a face very similar to her own’s, but in a different dress and a different age. She took her painting with her face and wanted to fly away, but from whom, no one was pushing her or rushing, everyone was supporting and inquiring, and she hates these inquires.

They never end, starting with “how are you doing” passing threw “God with reward you”, ending with, “he will never find rest”. She did not know which one they meant but for they meant, an only one. She opened the door, took the stair, went out of the big gates. She wanted to hide; mayb e the ancient Zamalik trees could hide her, a leaf hid Eve, why can’t a tree or even an entire street full of trees hide her? A voice came from behind her,
“You didn’t register for the coming session”, insisted one of her colleagues.
“I don’t think I would be able to make it”,
“But you paid for that workshop.”
“I don’t know, I’ll try to come”
“See you then”

Her steps were faster now. She turned right was intending to walk home but took a Taxi though. Her home was only two blocks away, but she didn’t want to be stopped. The taxi moved slowly, stopped for ten minutes waiting for a triumphant woman to park and finally turned right from in front the Flamingo Hotel where he was stopped again for a bus discharging tourists in front of the Hotel’s entrance. She paid him and left the Taxi in a hurry.

Walking slowly, now, carrying her portray and tools’ bag. She entered home in a hurry, hurrying to her bed. She made sure to lock herself in and threw herself on the bed. She thought that painting was the only thing she could do, how come she couldn’t paint that miserable face. The woman was paid to be painted, and painted she has to be. She started to paint again taking every care in every line and color. After an hour of thriving not to paint her face, Dina just painted another face of hers. She placed both on the floor in frustration, leaving them to look at her in her sleep.

A strange spur of energy flew in Dina’s body, after a long state of hibernation. She stopped eating, as if in a strike with fate, till she get her requirements. However when this period became too long she simply stopped and turned to a food monster. She knew that soon enough in a matter of a day or two, a week at most, all that food will bulge out. She wanted someone to see her in her thin figure, that was rarely seen. She went to her sister to accompany her to the club. She found her busy, yet encouraged her to go as it was the pool’s ladies day.

Her mum was also busy, so she thought of her University’s friends. She pressed the number of her closest friend, to start with, maybe she can call the other later, she thought of a great reunion. A voice came on the other end, tired and irritated on recognizing her voice. Dina continued in greeting her old friend. Nevine, the old friend told her that she was actually going to meet two of the friends in the evening.

“Ok, I can wait till the evening then” said Dina gaily.
“But you can’t come with us in the evening, our husbands would be with us, and you are divorced now, I think it would be very improper to accompany us.” Said Nevine intimidated.
“Ok. No problem I can understand. Do you want to go to the club now then?”
“You know I’m pregnant, I can’t swim in the pool and I don’t think any of the other friends would want to go with you. Everyone is very busy with their family. We are not idle like you. I think you should do something to fill up your time instead of phoning busy married women every time you feel like going out.”

Dina was stunned, but apologized, instead. She didn’t know before that that she was a disaster. She thought that may be people would shun her, blame her, but not to try hard to destroy her.
She was filled of false insistence; she put herself in Jeans and a long shirt and went down. She walked up the 15th of May bridge, down the bridge then straight on Gamet el Dowal street. Her serious steps and October heat washed her in pours of sweat. She wanted to sit in a nice cool place, to dry up and the first thing she saw was a small net café, under the street. She took the steps down and opened the door enjoying the sudden rush of cool air. She sat on the furthest computer, ordering the coldest Lemonade from the waiter, who refused to leave her before her order.

The computers were clean, lined parallel, but its users never took their eyes out of the limitation of their screens. She checked her mail, but had no unread ones, then thought of surfing for fashion. She logged out of her email and a pop advertisement flickered out. It was calling out for lonely people to join to find their perfect mates. She scrolled down the page and clicked on women seeking men. Many men’s names came up to her, but she specified them to be from Egypt. She opened many pages, some are horny, some are ready to pay, some are ready to play, but she only considered of sending her information to four whose pages included “serious”.

Dina wasn’t looking for a “husband” or even a “mate” at the moment, but was carried away by excitement. She wrote for the four serious persons the same message, “I am the woman that every man is looking for”, but on the job she wrote; translator to one, a university professor to one, a secretary to one and a student to the last one. She wanted to try to be another person to every one of them and exploit this imaginative world.