Eight-year-old Logan was in trouble again. In one month her son had plastered spaghetti on the cafeteria wall, started a fight, and shoved his friend’s head in the toilet. Was Logan really guilty, or was all of this a setup?

The secretary picked up the phone. “Principal Burnes, Mrs. Malone is here.” She nodded to Jessica. “The principal will see you now.” 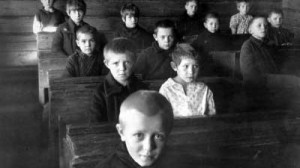 Determined to do battle for her son, Jessica thanked her and marched through the open door. The principal closed it behind her. He gestured to a chair near the window where she saw children running wild on a playground. “Have a seat, Mrs. Malone.”

“No, thank you, Principal. This shouldn’t take long.”

His dark brows creased above soft, honey-colored eyes, but he waited for her to finish.

“I don’t know what Logan is accused of this time, but have you considered a conspiracy could be involved?

“Conspiracy? Mrs. Malone, you’ve watched too many crime shows. Your son pushed a child off the fifth rung of the slide. Thank God, the boy came out with only minor scrapes!”

Jessica went numb. Where had she gone wrong in raising her son? She had to admit Logan’s erratic behavior started when his father was killed in action last year.  Before that, he had been a sweet, compliant child. “Were there any witnesses to the incident?”

“At least six.” Principal Burnes rubbed his chin. “I have a suggestion. Please, hear me out.” He paced the office floor, rubbing his palms together with each step. “Logan is a troubled little boy. His teacher, Miss Linders, cannot control his outbursts. But, I may have a solution. I think Logan needs a father figure in his life.”

Tears pooled in Jessica’s blue eyes. Biting her bottom lip, she crossed her arms over her chest. The principal was right.  It didn’t help that she worked full-time at Gregor’s & Sons Attorneys At Law, often ten-hour days, which left less time with Logan.

The principal continued. “Baseball tryouts are scheduled for this afternoon, right after school. Icoach Little League. I’ve watched Logan and have noticed strong athletic ability. If you will let him join the team, I believe you will see a change in your son.”

Jessica sighed. With the loss of his dad, both Logan and her worlds had been torn apart. Maybe baseball would give her son something to shoot for. “If you think it will help… but first let me talk to Logan.”

“Sure.” He nodded. “He’s right through that door.”

He extended a hand and Jessica grasped it, feeling the firm grip. “Thank you, Principal Burnes.”

“Call me Brad, please. And I will bring Logan home after practice….Jessica.”

Her name slid off Brad’s tongue like honey streaming from a jar. Jessica smiled, a heavy weight lifted from her shoulders. She left the school with a smile and hope for her son’s future.

As promised, Brad brought Logan home after practice that day, and every day thereafter.  He usually came inside for coffee and dessert. Jessica began to look forward to Brad’s quirky sense of humor that warmed her, and his winsome smile that made her heart skitter.

Logan adored his Principal Coach. Brad was all he could talk about. The outbursts ceased and Logan’s sweet disposition returned. Jessica couldn’t thank Brad enough. She attended the games except when her work required overtime.

One July evening, bone-tired from a long day, Jessica turned the key in her door. Behind her a horn honked. Brad and Logan pulled into the driveway yelling, “Get in! We’re going for pizza!”

Jessica couldn’t remember the last time she’d laughed so hard. She was ready to move on with her life, but resolved to keep her heart in check. The attraction she felt toward handsome Brad Byrnes had flourished. And as far as she could tell, his only interest was in Logan. He’d given her no reason to think otherwise.

The trio stuffed themselves with pizza, Jessica picking the pepperonis from her slices and dropping them onto Brad’s.  On the ride home, Logan konked out. When they reached the house, Brad scooped up the sleeping boy in his muscular arms and smiled at Jessica. “If you’ll open the door, I’ll bring him in.”

She led the way to Logan’s room. Brad deposited Logan on the bed and tugged off his baseball cap while Jessica untied his shoes. Brad wrapped an arm around her shoulders. “The little fellow’s worn out. He played a tough game tonight. Doesn’t he look innocent lying there?”

Jessica sighed, slipping an arm around Brad’s waist. “I know. Sometimes I come in here just to watch Logan sleep, wishing I could take all his hurt away.”

“Together?” She couldn’t believe what she heard. Could Brad have feelings for her, too?

He searched her eyes. “Yes, Jessica…you and I. Logan needs a father.”

registered on her face.

“And you need a husband,” he added,  planting a kiss on her forehead.

She glanced up. His eyes smoldered.

“Jessica, I’ve waited to give you time to grieve over Logan’s father, but I’m afraid I’m not a patient man. I love you and Logan.”

He pulled her into his arms and kissed her until her toes sizzled. They didn’t pull apart until Logan roused and opened his eyes. The boy smiled up at them, then gave a thumbs up. “Mom…Coach, way ta’ go!”