Witch’s Hallow Part 1: Though I have heard thousands of ghost stories over the years, very few have involved witches and I was intrigued when Bill told me his next tale was about the murder of a witch.

Sarah was not, in fact, a witch, but it suited her accuser to condemn her as such. 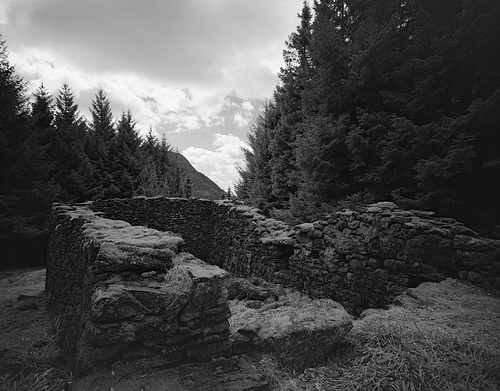 I met Bill early on Wednesday afternoon and although it was only a little after 3, the light was already beginning to fade. The landscape is dull and tired now, the fields in hibernation, awaiting the spring. The only colour among the greys and browns was from the holly bushes, which are laden down under the weight of scarlet berries. This is a sure sign that the winter is going to be a hard one, Bill said and he is usually right.

“There won’t be a single berry left once the frost sets in,” he said. “The birds will pick the bushes clean. I’ll cut some for you when the time is right.”

I smiled at this small, thoughtful act, but my heart ached. For the first time, Bill has chosen to link his arm through mine as we walk, and I am aware of how fragile he has become over the past few months. As though sensing my thoughts, he said.

“We won’t feel Christmas; what are you buying me?”

“I was thinking of getting myself a young one,” I sensed his smile. “What do you think?”

His laughter echoed in the stillness and caused a few crows to take flight. The sound of their confusion shattered the silence as they wheeled and dipped among the skeleton trees. As we skirted the edge of the bog, I saw the dark outline of the Wailing Wood in the distance and the cry of the curlew added to the overall sense of bleakness. We were on our way to Witch’s Hallow.

Though I spent most of my childhood holidays in this place, it amazed me how ignorant I am about the stories and the places associated with them. Bill had told me a little about the place we were about to visit, but as usual, he would keep the best part of the story for later, when we were back inside his little cottage and safely out of harm’s way. We walked along narrow laneways, the centres churned into waves of earth by the passing of many tractors and across fields until we reached our destination. In reality the hallow is more of a dip in the land. In a sense, it would remind one of the bed of a dried up stream with towering banks on either side and overshadowed by trees. It must look lovely in the summertime when everything is in bloom, but harsh November has stripped it of its beauty and it is now as barren as the rest of the land.

“It’s just up ahead,” Bill breath came in gasps.

I stopped walking and turned to look at him.

“I’ll rest when we get there,” his grip on my arm spurred me on.

It was impossible to see anything other than the high rise of banks and even though I had no idea what I would see when we finally got there, I did expect something.

“This is it,” Bill let go of my arm and perched on a large rock.

“What?” I looked around me in confusion.

“Sarah’s cottage,” he waved towards a small mound in the earth. “This is where it all happened over two hundred years ago.”

“There’s nothing here,” I walked around the edge of the mound.

Bill shook his head and sighed.

“It’s there if you would only look,” he got up and pulled aside some of the brambles. “Look there, you can just make out the shape of her cottage.”

There were some old bricks jutting out from the earth, but otherwise, nothing to mark that there had ever been a dwelling there.

“She was only nineteen when she was murdered,” Bill let the brambles settle back in place. “They say her screams could be heard for miles.”

I felt the familiar sense of dread because I knew what was coming next, as I asked.

“Is it her ghost that’s supposed to haunt this place?”

“A ghost cat? I’ve never heard of such a thing,” I said. “I’ve heard hundreds of stories about black dogs, but never a cat.”

“There are a lot of things you’ve never heard about,” Bill gestured at me to come away. “We’ll go home out of the cold and I’ll tell you about Sarah. We’ll let her rest for now,” he made the sign of the cross on his forehead and I copied his actions.

“She is indeed,” he took hold of my arm. “She’s under that mound along with her little cat.”

I look over my shoulder a few times as we left the hallow, more aware than usual of the lonesome stillness that covers the countryside at that time of day. Shadows leapt from their hiding places and cast dark shapes in our path. Soft scurrying in the undergrowth became the footsteps of some demonic creatures that might leap out on us at any time.

“It’s probably a fox,” Bill sensed my fright. “We’ve nothing to fear from Sarah, she was innocent and not one to cause harm.”

I tried to concentrate on Bill’s breathing as we walked along in the descending darkness and must admit how relieved I was when the light from his cottage came into view. 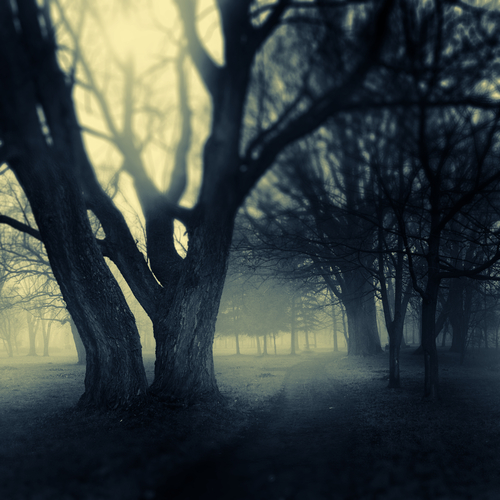 Sarah gathered her skirts around her, as she climbed up the bank in search of herbs. The summer was at an end and she needed to gather as much as possible before first frost. The cold stripped the plants of their healing properties, but once dried above the fire in her cottage, they would retain their goodness. The last summer had been hot and dry. The heat brought the flies that fed on the food and spread disease in their wake. Sarah lost both her parents two years before and knew well the cost of careless handling of food.

Her neighbours thought her outlook strange and there were many who whispered behind her back about her strange practises, but they lost no time in coming to ask for help, when the fever hit. Unlike many of his time, Sarah’s father owned the cottage they lived in and this passed to her on his death. The little vegetable garden beside the cottage provided most of the food she needed and Molly, the goat, supplied her with milk and cheese. The few pennies she earned from her medicines went towards buying cloth to make her dresses. It was a lonely life for a young woman and was it not for the company of Sooty, her cat; Sarah would have felt quite alone in the world. Sooty knew her every mood and shared in all Sarah’s highs and lows. She was her mistress’s constant companion and accompanied her on her foraging in the woods and streams.

“Scat,” Sarah fanned her skirts at the cat, which was rolling around on a bed of valerian. “I don’t want to have to pick that free of your hair.”

Sarah knelt and began to pull the herb free from the earth. The valerian was used to calm those in need and was a godsend when it came to easing some of the pain of childbirth.

“Come on Sooty,” Sarah said, scooping up her basket. “We need some vervain.”

This plant helped eased the symptoms of fever and there was only one place it grew, near Oakwood Hall. Sarah picked her way carefully through the wood, stopping now and then to pick some of the wild mushrooms that grew in abundance in the shade of the trees. It was almost two years to the day since she’d lost her parents, but she tried not to think about it and concentrated instead on her gathering. The sharp turrets of the Hall came into view above the tree line, so she stopped behind one of the trees and scanned the area. If her need for the herb was not so great she wouldn’t have dared come to this place, but the loneliness she felt could not be wished on others and there was no doubt that many would suffer her fate if she did not get the vervain.

“Come on,” she whispered to the cat.

The young woman and the black cat became streaks of light as they ran across the field bordering the Hall. The vervain grew outside the high walls of the Hall’s herb garden and the gardener allowed Sarah to pick as much of the plant as she needed. The pinky-blue flower of the vervain stood out among the other darker plants surrounding it and Sarah made directly for this. Snapping off as many stems as her small hands allowed, she looked around in search of movement, sure that at any moment he would appear; the person she feared most in the world.

When Your Beloved Piece of Art Breaks