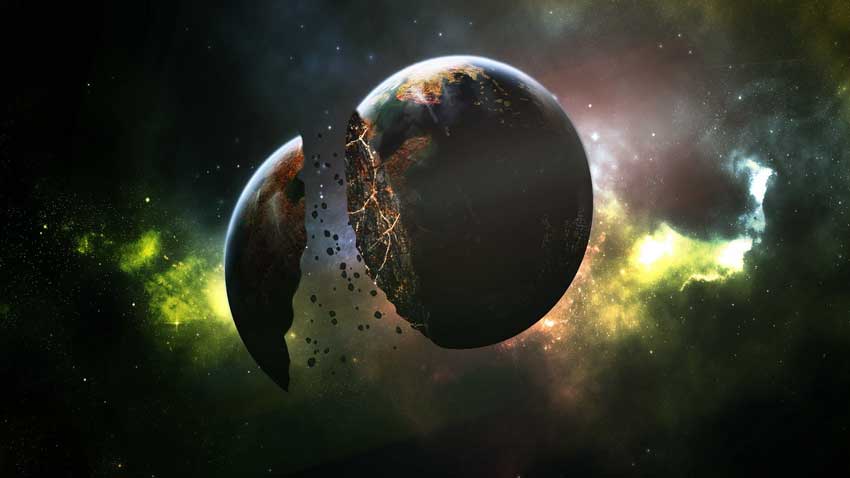 This was only the third time she had ever visited New-Terra V, but the same could not be said for Chief Pilot Roberta Hadley, who had been born and raised on the planet. Hadley had learned how to pilot a small ship on New-Terra V as well, training to fly transport vessels in its particularly tricky convective weather patterns.

“Must be nice to be back in your home terrain, Chief Pilot,” Bendall said.

“Certainly, Captain.” Hadley grinned. “Familiar territory is always a treat.” Captain Bendall thought she sensed a hint of a laugh in the younger woman’s response – somewhat surprising coming from someone as straight-laced as Chief Pilot Hadley. Hadley was normally about as rigid as they made them. She even made her rather stiff captain look somewhat relaxed. “Descending into the atmosphere, then we’ll be proceeding to the landing base at Ferrell.”

Because of the unusual weather patterns on the planet, it was far too risky to descend directly to Ferrell in the transporter, but the city was the only location on the planet that could properly accommodate a space marine freighter crew on shore leave. Bendall had promised her crew a break after their last serious skirmish with their enemies, the Kulpreets, where they had had twenty percent casualties and five percent fatalities, heavy losses for a freighter.  New-Terra V was their first opportunity for that break.

“I’m just glad we finally made it, Chief Pilot. Everyone here’s wound so tight somebody’s liable to snap. We all need a chance to loosen up a little. Since this is your home turf, the helm is yours. Take us into Ferrell.”

Bendall was expecting Hadley to head southeast on the Delta Plains and circle around to Ferrell from there. It was the customary ride, long but smooth and easy, with nothing to look at along the trip other than fields and more fields of grain. But instead, after muttering “Loosen up, eh,” with a mischievous smile, the Chief Pilot swung a hard left towards the mountainous terrain to the southwest. It definitely was not the standard route to Ferrell.

“I don’t think I know this route,” Bendall remarked, gripping her seat tightly in response to the sudden change of direction. “Is it a shortcut…a scenic route?”

Hadley answered only with a wicked little laugh and more acceleration.

The landing transporter swooped and dipped around rocky outcrops and spindly mesas, a couple of close calls giving Bendall a jolt of adrenaline. Then, as they reached a point just past a stretch of a mountain range, the vessel dropped very suddenly, leaving Bendall’s heart in her throat. The transporter began to jostle and shake, a response to the powerful air currents whipping past them.

“Strong winds here,” the captain commented. “What are those?” She gestured toward a collection of lens-shaped clouds.

,” Hadley replied. “We’re heading into the wave. Hang on tight!”

Bendall was about to ask why but did not get the chance. The transporter began to shimmy so hard she thought it was going to shake the teeth right out of her mouth. She clamped onto her vibrating chair with such force she wouldn’t have been surprised if her fingernails had left grooves in the metal there. She expected to see Hadley do the same, but instead, the chief pilot appeared to be taking in the full experience of the ride, tossing her hair and making quiet sounds of surprise.

The captain held her breath and clenched her jaw together, closing her eyes until the worst was over. She could hear Hadley panting and squirming in her seat, no doubt finding the ride equally disturbing as she did. When the shuddering of their ship finally stopped, Captain Bendall opened her eyes again. She was sure now that she had never flown this trajectory to Ferrell. A ride like that she absolutely would have remembered.

“Wow,” she exclaimed, still mostly breathless, as they arrived sooner than expected at Ferrell. Her extremities were numb from the vibrations and her knuckles still white with tension. She hadn’t exactly appreciated this shortcut. “I’m sure of it. I’ve definitely never come this way before.”

Chief Pilot Hadley glanced back at her with eyes gleaming and cheeks flushed, her expression filled with delight. There appeared to be something of a glow to her. She slumped back in her seat with a satisfied sigh.