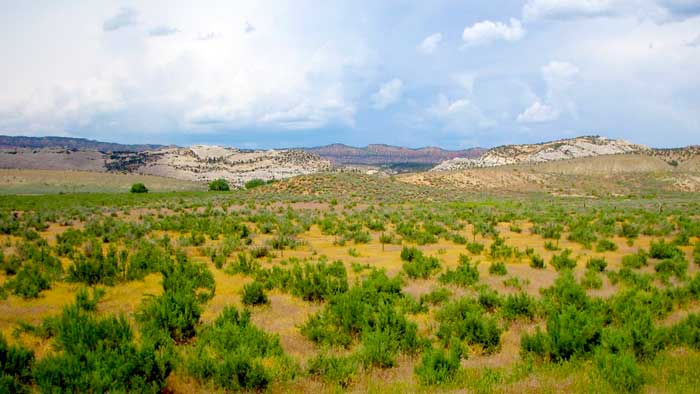 The gate was closed and a chain was wrapped around the fence post but experience told me even though there was a lock on the chain that it was all to give the appearance the gate was locked.

A dirt road from the gate led up a hill and wound around as if going aimlessly nowhere.

I undid the chain and proceeded up the dirt road for about a mile, cows on both sides of me, was I at the right place? A big bull looked me over as if to say “Do I know you?” After a mile or so dead ahead was this old cabin and it was like looking back almost 200 years.

Set in these North Carolina hills, not a sound was heard except the birds and crickets. Nothing fake here, this was not a movie set this was the real thing, a log house still standing and inhabited that was built in 1834.

I was sent here on assignment to photograph this house inside and out. When I arrived at about 4:30 pm the sun was low the weather very warm as the people living there came out to greet me. She introduced herself as Pat and her husband as Seldon.

We shook hands and they greeted me as if I was like family. Looking into their eyes told me the story before they said anything. Looking at their hands told me this place is for real, Seldon and Pat are hardworking and this was hard living but also this is what they love – this is where their combined hearts are at peace and they are happy.

They wanted me to know that this house was built before the Civil War and the owner left to serve in the war, upon his return in 1864 he brought back two magnolia trees and planted them and one has survived to this day. North Carolina was a divided state during the Civil War and there is no record of the owners’ allegiance.

Seldon is a carpenter by trade and so very proud of his work in keeping the old place in such great condition. With his wife Pat at his side tending cows, mending fences, and growing their garden life is good.

Inside this old house, Pat was quick to point out all the original features, even the wood-burning cookstove, living room, and bedroom fireplaces and beamed ceilings all in such beautiful condition – so proud to call this her home. It was as if the walls were speaking to me, sharing their own long-forgotten stories from the past

I realized this was a special time, this warm July day when Seldon said I was the first person he had ever allowed to photograph them and their home and gave me his strong hand to shake as if we just plain understood one another. As I looked into his eyes there it was – all the memories.