Broken clay stretched to the horizon, neatly laid concave shards interrupted only by wilted plants and small cacti. Even the colors had faded—or was that just his imagination?

Strange. Not long ago, leaves rustled overhead and birds twittered around him. Flowers quivered in the long grasses by a waterfall. But then the trees became smaller, and finally, there were only shrubs. 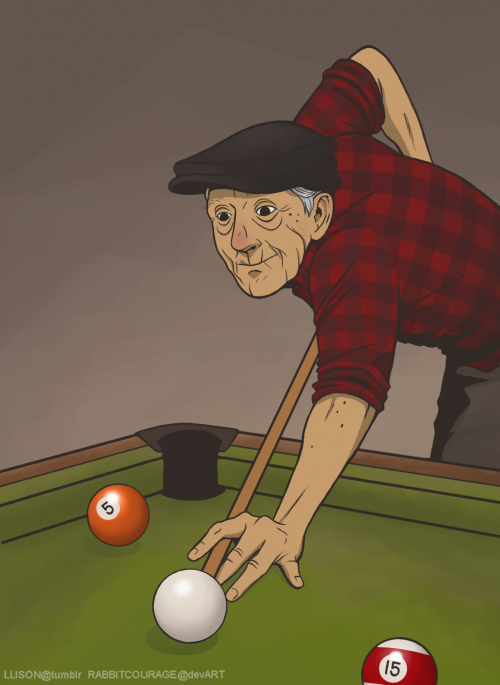 Jonah staggered, putting one foot in front of the other, somehow keeping himself moving. He was supposed to be going somewhere.

When he stepped into the whiteness, he gasped. Whiteness—not fog. His feet stood on something, but there was no ground, no sky, no horizon. His heart leapt and he backed up at once. Finally, the desert settled around him again, as far as his eye could see.

Shaking his head, he changed direction and followed the pale sun westward, or so he thought since it had crossed its zenith. A black speck loomed before him.

He approached until he recognized it as a shack, some sort of mid-west tavern, although he couldn’t decide whether it was gray or brown. He grasped the vertical dowel of a handle and pulled the door open.

Smoke filled his lungs before his eyes adjusted to the dim interior. Some folks played pool on a table of faded green, while others sat at the bar, drinking. Liquor bottles stood sentry, stacked at the wall behind them.

“A drink for you there, lad?” the bartender called out.

The pool players stopped and stared. The chunky, heavily made-up ladies at the bar looked over the new arrival.

He sat down at the bar, leaving an empty seat between him and the women.

“What brings yah out here, Tall-Dark-and-Handsome?” It was the brunette with the up-do, full red lips, and melons for breasts. She winked.

“I’m traveling,” he said, shifting in his seat.

“We gathered that,” the yellow-haired one said, fluttering her false eyelashes. “That’s Mary, by the way. And I’m Betsy. Y’got a name?”

“Nice to meet you, Jonah. What we meant was where are you going?”

“Hmm,” remarked the slender, shriveled man at the pool table. “Neither are we.” He sunk the last ball.

The bartender set down the drink without speaking and returned to the end of the bar, where he smoothed his gray hair as if out of habit. It made little difference. The tufts sprang back up from his head.

Jonah tossed back the drink, hoping for a good kick, smacking his lips audibly as he examined the clear liquid with a frown. “Like water.”

The slender man lay down his pool cue, unrolled the sleeves of his red checkered shirt, and joined the others at the bar.

“Then what are you guys all doing here?” Jonah asked him.

The burly pool partner reset the balls in their triangle and sagged against the bar counter. “We’re all waiting.”

“The next chapter in our lives.”

“Then why don’t you just get out there and do something?”

Jonah shook Sid’s hand and looked back and forth between the two. “Why not?”

“It’s not written yet. Personally, I’d like to go to Vegas.”

Betsy rolled her eyes. “Oh, Sid. You and your gambling. I think it would be nice to own a dazzling swimming pool in Hollywood, don’t you?”

“Too much sun for me,” Mary countered, examining her stockings as her legs swung back and forth from the high bar stool. “Perhaps something more like a palace—a ballroom—with dancing.”

A faint clucking drew Jonah’s attention to the end of the bar, where the bartender’s straw moustache drew up to expose off-white teeth.

“You’re supposed to help me out here, Bill,” Mary pouted.

“Oh, stuff it, Mary,” Betsy said. “You don’t need their opinions. But let’s ask our new arrival what he sees in his future.”

All the faces looked at Jonah expectantly.

“Actually,” he stammered, “I really don’t know. But a comfortable bed and a good night’s sleep would be a start.”

“Well,” Joe drawled around the cigarette he lit as he spoke, “you’ll be waitin’ some time yet.”

“To go where? There ain’t nuttin’ out there.”

“I’ll just go back—to a town maybe. And you can all come too. Get some transportation and go to those places you were talking about.”

Jonah shook his head and grimaced. “I don’t get it! Why can’t you people just get out there and do what you want to do? Do something.”

Jonah threw up his arms. “What good is it to just sit around here talking about it?”

“Where it’s still white,” Betsy said, her voice ominous. “Outside.”

Bill the bartender’s head bobbed as he trudged over to the group, hands jammed in his overall pockets. “He ain’t written anymore.”

“Him. The one who’s writing our lives.” Bill rolled his eyes. “Must have writer’s block or something. It’s been a while.”

“You mean you can’t leave here until he writes about you?”

“And neither can you,” Mary added.

Beads of sweat erupted on Jonah’s face. “We’re in a story? We’re not real?”

We Just Made It

Anette Svedberg Oct 1, 2016 0
Even if I do think that success can appear anyhow almost immediately and has nothing to do with if you deserve it…
Publishing