On a Friday afternoon, at the investigation department, the chief was in a rage. He had Raj, a young gentleman being called to his office. The discussion as heard seemed like an interview but until attended, one would not know, there was a family matter going on at the chief officer’s office.

‘So,’ the discussions continued, ‘how can I enter the house with another man working in my place?’ 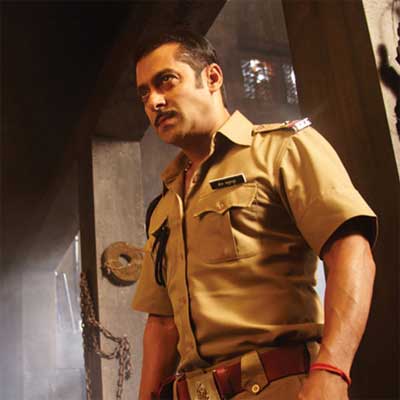 ‘Raj, I do realise my wrong judgment of that day. But I see you have a point. While I have you, I don’t really need someone else to wind up in my house forever.

I want you to sign this paper and I’d like to have you at my place as soon as you can show up,’ said the officer and a small hint of blushing smile stole his grumpy looks.

But Raj in his never-seem-to-be-over smart smile stood straight and looked in the chief’s eyes with confusion and understanding in his own. He didn’t take the paper though which seemed to bring back the chief’s moody behaviour.

‘I still haven’t got an answer,’ Raj stated. ‘How can I enter the house with Karan in? I totally disagree with this situation. As written, too many cooks spoil the broth.’

‘You, gentleman, are smart,’ the chief smiled. ‘And touché, would it not be a pleasure to have a skilled and punctual person like you to help me at my work? So, that’s it, I shall send Karan off and bring you in his place. After all, he has never given me one day of rest and relaxation.

Since the day I signed an agreement with him, he has been nothing to me but a pain in vain. I can assure you that he shall leave,’ the officer was bold and his clear brown eyes, he looked into the distance and outside of the window of the seventeenth floor.

‘That, Mister, is a cruel thing to do. That is betraying,’ the old lady who had come to deliver the canteen food mumbled and grumbled.

‘It’s none of your business! You don’t know about my family. That young boy is a drunken chap,’ the officer was frowning again.

‘When do you want me to come over?’ Raj hopefully and gladly changed the subject.

‘All right then. If that’s what you want…and I want…so let that be. I shall sign but make sure he leaves,’ Raj replied. He was firm with his decision and he wouldn’t sign up until the one who wrecked his life had been interfered with by him.

His eyes flickered experience, pain, vengeance and the past. His slight and soft motivation showed hesitation and disagreement that still lay within the options he had stuck at the tip of his tongue. And his light words were warning and caution for he was ready if the officer sent him off again if he ever again had to turn back to his dying wife and hungry children. And his boldface was a sign of war yet peace that was being maintained.

But from the face that the officer possessed, a hint of the arising conclusion could be seen. He was quiet firm with his words and wasn’t willing to give up on anyone this time. He knew what he wanted and he knew about the lesson he learned on bringing Karan to work with him. Karan was drunk, unsteady, rebellious and disobedient. He was everything the officer had no idea he would be and everything that he didn’t want him to be.

‘Fine then,’ Raj said again as he signed the paper and handed it over to the officer who was lost in thoughts with an expression that described shame, pain of betrayal, instincts of the ungrateful past and his misbehaviour with Raj when in his early years they worked together.

Raj shoved the paper again and the officer looked away startled, and then he smiled thankfully. ‘After all the inconvenience, it is indeed surprising that you are being able to forgive me. Go home safe and I shall go back too to do the remaining part. I shall make sure that you don’t see Karan’s face when you step in.’

And saying that, the officer packed his things and pulled his coat. His eyes still followed the steps as Raj departed happily, safe and sound.

As time neared and his car reached home, the rain poured down heavily. The detective on the sofa wondered how long it would take now for his master to arrive for it was not that easy to make a way out of the muddy puddles once it rained. He was impatient with eagerness to explain his investigations.

And finally, the front door opened and the officer stepped in, in wet boots. His face had still not recovered from the rage.

‘Sir! I’m glad you are finally here. I can’t wait to tell you about my newest discovery,’ said the gentleman playfully almost like a little kid who had scored a hundred in a test and was eager to tell his father about it.

‘Same here, gentleman. I can’t wait to tell you about my newest topic too,’ the officer replied back in the same enthusiasm but a grim voice. And he held out a letter to the seated young detective who had quietened for a second.

He read the letter silently and his eyes were as big as saucers. And then, his lovely green eyes were suddenly surprised with some sort of expression that was uneasy to understand.

‘That is…that is great!’ He said with a glowing face, ‘Lisa, have you heard that? Our good old sir have decided to bring Raj back in the place of that mean drunken assistant Karan!’

Hello, I am Deeksha Das publishing my posts here by the pen name of Garnet.

A Brush with Death