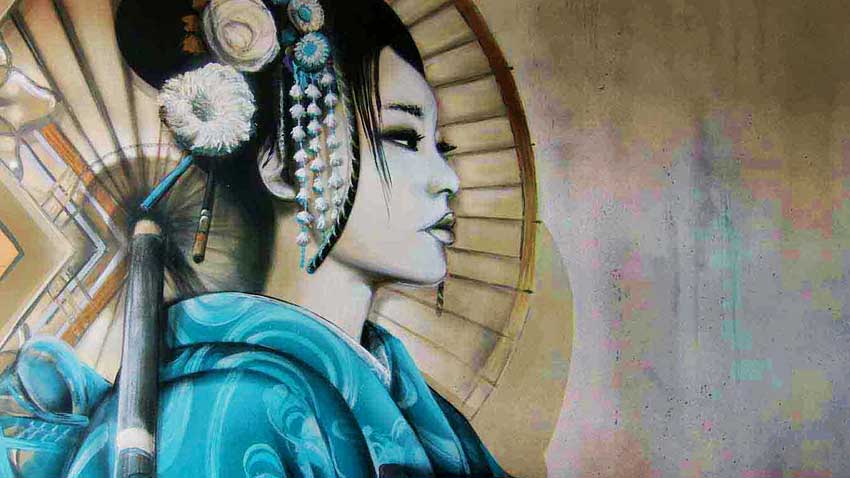 Crimson blended with yellow produces a brilliant orange. Michel added a small amount of white to soften the hue to a pale peach.

With this, he finished her kimono and his mural was realized. Stepping back, he lit an unfiltered cigarette. The long wall of his one-room apartment drew him into a lush Japanese garden. He was pleased.

“What is that?” Joyce screeched.

Michel leaned in the doorway. Waving a hand to the wall, he said, “It’s a mural, of course.”

He ran a hand through his chin-length gray hair. He shrugged unapologetically. “It is art.”

“Art? You’re lucky I don’t evict you.” She scoffed. “I gotta go call the painter.”

He heard the painter’s steps before the rapping on the shutters. He opened the pair of French doors then extended his hand. “I am Michel Laurent.”

The man dressed in a white jumpsuit and canvas slip-on sneakers put down a five-gallon bucket of gray paint and shook the hand before him. “Frank Babineaux.”

“Nice to meet you. Would you like a cup of espresso?”

As Michel poured two demitasse cups from the nickel-plated maker, Frank took in the mural. Motioning to a wooden straight-back chair, he said, “Please sit down, Frank.”

“Thanks.” He sipped the black brew as he stared at the scene. “This is really some work of art.”

Michel sat on the other chair. He offered Frank a cigarette. They drank and smoked in silence as they soaked in the landscape.

“It’s really great.” Frank pointed to a portion of the wall. “That little pagoda over there keeps catching my eye.”

“Those little birds are fantastic, but the woman is amazing. The way she looks like she is seeing it all for the first time.”

“She is. The gardeners have just finished it exactly to her husband’s specifications. She is overwhelmed that it is as she has always dreamed.”

“Yeah, I can see that now. She’s touched. It’s like she knows she’s loved.”

Michel exhaled. “Yes. She knows it was a labor of love.”

“I’ve never seen anything like it.” Frank shook his head before finishing the cup in one gulp.

“How long did it take you?”

“Five weeks.” Michel stubbed out his cigarette. “Are you a good painter?”

“The best in the Quarter. Hell, probably the best in New Orleans.”

“Good. How many coats will you need to cover it?”

“Probably four or five.” Frank glanced at the five-gallon bucket.

He nodded. “You’re one hell of a painter.”

“Thank you. I’m sure I’ll appreciate your work when I return.”

Michel pulled a cigarette from the pack and put it on the table. He left the apartment without looking back. 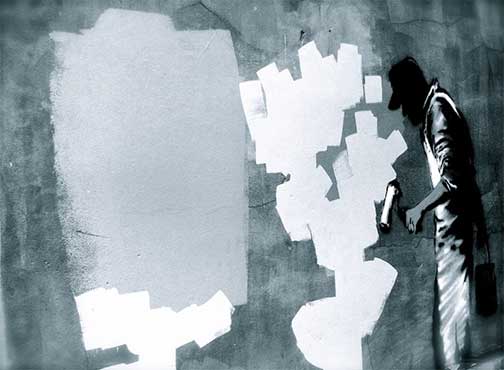