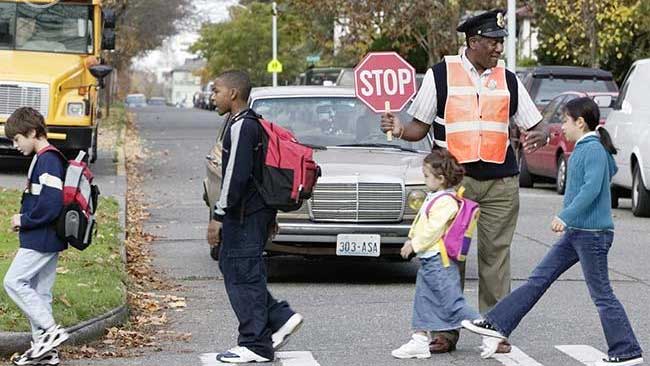 People drove by oblivious to the fact that this was the last time they would see me. They were wrapped up in their own happy existence unaware of the hurtful words that caused me such pain.

The crossing guard walked out in the street with her stop sign held high and motioned me to cross.

As I walked past she said “Good afternoon young man. Nice day at school?”

I wanted to say “No, and I hope you think about me and get sad tomorrow when you read the paper” but I simply reply “Yes” and kept walking.

The last words were the cruelest. I came around the corner in the second-floor hall towards my locker and I heard my “girlfriend” talking to a friend.

She was saying “Greene tried to kiss me last night! I had to push the doorbell to get my father to turn on the porch light to get away.”

I hesitated so she wouldn’t know I heard her. Then I came around the corner noisily to collect my books. I was devastated more because she called me by my last name than her dodging my attempt to kiss her.

Earlier in the day, getting ready for P.E., the coach came to the locker room and told us all to get our jockstraps on. I didn’t have one because I was so modest I wouldn’t get undressed to put it on. I had learned to make a big commotion like I was changing while covering myself with a towel. The coach stood there and made me strip in front of the class. It was horrendous! First the hair – chest, back, and pubic – I was early through puberty compared to the rest. Then most embarrassing, I wasn’t circumcised. I wanted to vanish into thin air!

All I heard during the class was taunts about the hair. I dealt with it the only way I know how and made a joke about “You ought to see my mother!”

Word spread through the school like wildfire and I felt the stares and laughing all day while my crimson face burned from embarrassment.

Block after block I replayed the day in my head. I passed the greenhouses for the last time. I crossed the bridge over the dry Rio Hondo and told it goodbye. I passed the old lady sitting out on her porch like she did every day and thought to myself not tomorrow or ever again.

The janitor at the grade school near my house was on the front steps leaning on his dust mop, smoking a cigarette.

“Hey kid, I still need some help after school if you’re ever interested!” he hollered.

“Thanks, Mr. Chrisman, I’ll think about it” I replied.

“I could use a couple of you if you got a friend who needs some money too” he added.

“K” I shouted over my shoulder as I headed on home.

There wouldn’t be any help. That would be the last bit of ammunition the kids at school would need! God! That I was working as a janitor at a grade school! I’d be mincemeat.

Besides, in a few more minutes there wouldn’t be any more me to worry about.

I turned the corner on Michigan and looked down the block. What luck! The green Dodge pickup was not parked in the driveway! That meant Papa was still out working. If he had been home filling the spray rig or unloading brush my plan would have been ruined.

I let myself in the backdoor off the carport and went straight to my bedroom. I put my books on my desk and thought about leaving a note. No, no note. That seemed so melodramatic. When I drank all the DDT I didn’t leave a note. Still don’t know why I woke up the next morning. I watched many a bug die when we sprayed them. Guess we humans take a lot more. But it sure is some nasty tasting stuff!

There was no thought of a note when I took all the aspirin. Again, I woke up. What a disappointment. I figured 10 tablets were plenty to kill a boy but apparently not.

But this time it was foolproof. I knew what I had planned would work. I just wanted out, wanted it over, didn’t want to deal with the pain, embarrassment, frustration – living. I just wanted to punish everybody for being mean to me!

I stopped in the kitchen and made myself a cheese, lettuce, and Miracle Whip sandwich on white bread. Pulled out a Coke (6-ounce bottle) and stood by the sink eating. Finished my snack, put everything away, and pulled the Shop key off the hook by the door.

Papa and I had built the Shop a few years back. More precisely he built it while I got in the way trying to hand him pieces. It sat almost at the back of our deep lot, near the alley. Pink stucco, flat, slanted roof, 8’ ceiling with electricity and natural gas. It was maybe 10’ by 10’, big enough to store some of the more dangerous chemicals we used and with a workbench for sharpening our shears, pruners, and Pincor lawnmowers.

I let myself in and closed the door. With no time to waste, I pulled up a 5-gallon drum of Chlordane, sat in front of the gas heater, and opened the nozzle. Instantly I heard the hiss of natural gas flowing. Without a pilot light, the heater required you to actually light it with a match. That was not my intention today.

Two minutes. Three minutes. I could smell the odor but nothing else. Not dizzy, not faint, not sleepy – how long was this going to take? I didn’t have all afternoon!

I kept sitting, waiting and then I started thinking. Thinking about how they would find me. It would be Papa of course. He would come home from work and eventually come out to the Shop. He’d unlock the door and there I’d be on the floor – dead! I pictured the look of disbelief on his face. I pictured the cigarette falling from his…

Wait! The ever-present cigarette! Oh no! This would be like one of those cartoons where the character opens the door and the burning cigarette ignites the gas and the building shoots into outer space! I didn’t want to kill him! That would take all the attention off me!

Well, so much for THIS plan. I leaned over and turned off the gas. I slowly got up, careful not to scrape anything and cause a spark. I thought to myself it’s a good thing the window casings are wood as I slid them gently open. Then I slowly opened the door and waved my arms to flush out the gas fumes.

After 15 minutes I slid the Chlordane back to its spot, closed the windows, and checked to make sure everything was in its place. The door clicked shut behind me and I made my way back to the house. My head ached. I had to take a couple of aspirins.

Papa came home later and at dinner, he mentioned that there might be a gas leak in the Shop. He smelled some fumes and is going to check it out in the daylight tomorrow.

I helped Mama with the dishes, did my homework, and steeled myself for another day at school.