Martin was looking forward to the long weekend furnished by his uncommon Friday afternoon off as he headed down the elevator just before noon. A quick stop in the first-floor lobby restroom and then a short walk to Clancy’s, just down the block, for a celebratory beer or two before lunch.

Cynthia was already gone for the weekend with her parents, and there would be a luxury of time and quietude for a rented film or two, for casual reading, and for just plain loafing around. 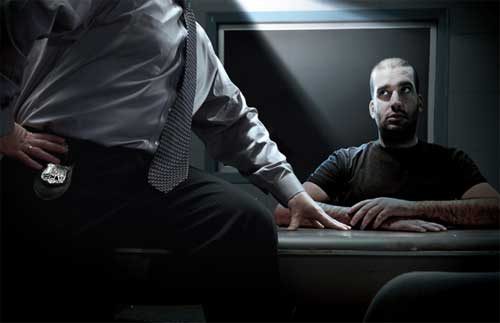 As he washed his hands in the sink, an object lying just between the shiny porcelain counter and a trash receptacle caught his eye. It could not be anything but a wallet, looking new and leatherly attractive. Alone in the large room, he paused, reflected quickly, and then bent down, picked it up, and put it in a front slacks pocket. There was not an iota of larceny in the maneuver, though it had an appearance of stealth.

He began his pace toward Clancy’s and reflected more deeply. Certainly he would return the object to its rightful owner—but exactly how? There must be a name and contact information inside, but would searching that out be some sort of invasion of privacy? There was the building office that had a “lost and found” function. There was a police station not four blocks away. Several options. No problem. And in each case a kind of hero he. A variety of savior even. A brief stop at the bar would no doubt point the way to the best approach.

Alone again, this time within a comfortable high-backed leather booth, Martin sipped his draft beer and suddenly felt a bit devilish about the matter. Not thieving, just mischievous. The more the owner had given up on recovery, the more glory for him gallantly saving the day. Perhaps only Monday to the office, or tomorrow to the police station. As for rifling through it, no; that option was summarily dispensed. He was ethical and honorable, if not immune to elfish thoughts such as the previous.

But midway through the second beer a distinct discomfort began to manifest itself. The wallet even started feeling more noticeable in his trousers and pressing against his thigh. This was an honest and honorable man? Auditioning schemes to aggrandize himself? And at the expense of another? It might take one last beer to get through this all-of-a-sudden thorny dilemma.

A small portion of that last beverage proved decisive. There would immediately be the briskest of walks to that police station. No chance foreign object, no matter how ultimately innocent his intentions, was to disrupt the calm, rest, and uncommon ease awaiting him at home.

When he arrived at the station, he was a little breathless and winded. He walked triumphantly to the window and reached in and produced the annoying dingus.

“I found this wallet and would like to turn it in.”

The Officer matter-of-factly took it, opened it, and perused some of its contents.

“You didn’t say where you found it.”

The Officer asked him to wait there just a minute and went back through glass doors. Martin was perhaps not his customary completely self-possessed self, but was rather skillfully, he thought it, riding a wave of altruism and true benevolence.

The desk Officer soon returned, this time accompanied by another man not in police uniform. Their looks did not appear prepossessing.

“Martin Adler, Sir.” The “Sir” surprised Martin, but it just came out. It seemed somehow not only appropriate, but necessary.

“Mr. Adler, we’re going to need to ask you a few questions.”

The room now suddenly seemed warmer to Martin, and he thought he sensed someone behind him moving toward the door he had entered.

“Surely it’s no concern of the man who…”

The detective cut him off.

“Mr. Adler,” he said sternly, “that is the wallet of a woman. And she was murdered in this neighborhood this morning.”