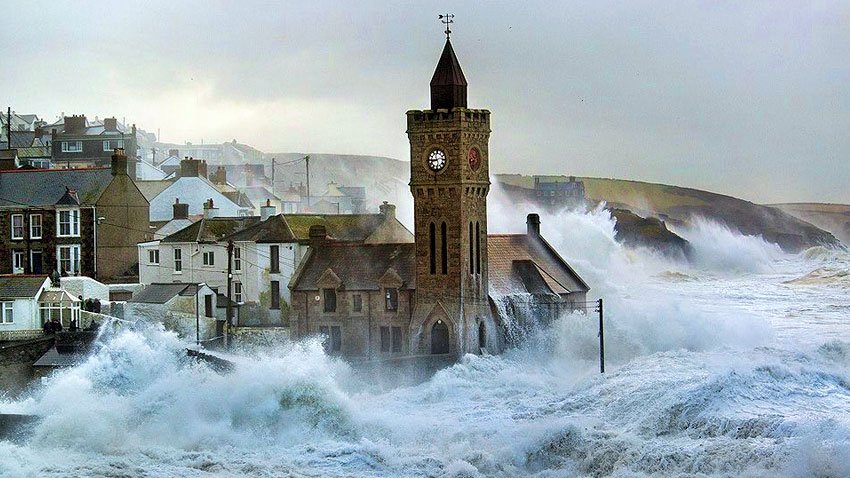 While browsing the books on eBay, last week, I came across a book that interested me greatly.

It is the account of a thunderstorm that broke over the Cairngorms in the Scottish highlands sending thousands of gallons of water cascading down four rivulets leading to the coast.

The book is of interest to me for many reasons, if you’ve read some of my posts here on Angie’s, you will recall I was born near the Yorkshire coast, so I know and respect the power of the sea. You may remember that in some posts, I mentioned I got posted to RAF Lossiemouth when I was in the RAF. Both The Lossie and her close neighbour The Moray, are mentioned in this book about an area of Scotland I am familiar with.

According to the reports, there was a wall of water the height of a house raging down all four rivers and out to sea. This amount of water did immense damage to the fishing villages in the area, and a public fund was set up to help the families who suffered.

The problem arose because the area had been in the front of a downpour for two days before the winds pushed the clouds up the mountains, as the clouds rose the rain began to fall. With the steep cliffs to aid the water, it wasn’t long before a downpour became a raging wall of unstoppable water.

This is the greatest disaster to hit the Scottish coast, probably equaled by The Great Storm of 1987, which swept across England and the coast of France.

The weather reminded me of a funny incident when I was stationed in Germany. A group of friends and myself had gone on leave down the Rhine, not my choice as I am not a fan of camping.

We were putting up the tents when I said, “I bet as we get the last peg in, it will snow.”
As this was the middle of June, nobody took me seriously, and they laughed, but as we hit the last peg, it snowed.
One friend said, “How did you know that would happen, Al?”

I replied, “Simple geography. We are in a valley, I saw the rain clouds approaching, as they get pushed up with the winds water chills and becomes snow.”
This holiday was also the one where I came as close to death as I wish to be at any time. We were going up the hills to visit a castle. The only way up was by ski-lift, so I had to go; I would rather have stayed on the ground.

During my way up, I prayed for the top and to step off the chair and feel the ground below me again. When the chair finally reached the top, I sighed and tried to move off, knowing the chair would soon be on the downward trip.

To my horror, I found myself trapped on the front edge of a ski-lift going down a hill with my feet losing contact with the ground each foot it traveled. What had happened was a box of mints I’d bought earlier had slipped into a crack of the seat and was holding me on the chair.

If ever I had a guardian angel, it was that day.

Caryl McAdoo Jan 22, 2014 6
Important Editing Tips ADJECTIVES and ADVERBS Be careful not to overload your story. Make certain every…
Featured