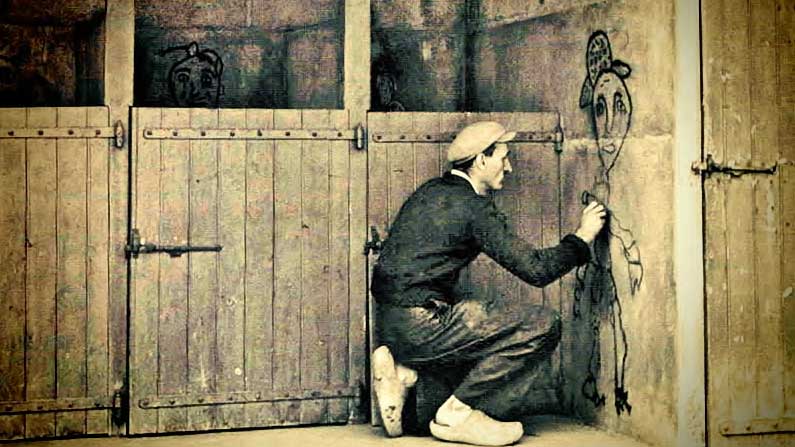 The artist paused in the candlelight, casting a looming shadow against the concrete wall as he stroked the wisps of his beard, and imagined being paid enough to eat every day. Paid enough to purchase real medicine at the apothecary.

Paid to heat the stark room, with its stone walls and single window, enough to push back the chill that found him when he was hardest at work, the brazen chill that was a beast unto its own, and which seeped into his bones until his joints locked, were he not vigilant. He jiggled his joints preventatively and took some steps, checking over his shoulder with a wary glance, as if the chill were a solid presence in the room.

He shrugged, smiled a humourless smile, and looked down at his haggard, plaid slippers, urging his feet to move. He shuffled past the easel with its comforting smell of oil, past the countless paintings of varying sizes with their frames leaning against the concrete walls, and then layered one against the other, and set the Council’s package on the rough-hewn table. A few more steps and he arrived at the hearth, where he bent his stiff back to pick up the coal shovel. He filled the hearth generously and lighted the coals.

His eyes grew sombre, old, and his smile dropped away. The coughing fit that followed bent him double and left him gasping for breath, but at last, it settled, and he held out his trembling hands to the coals, relishing their heat. He would celebrate. Tonight he did not need to scrimp on heat, or even rum.