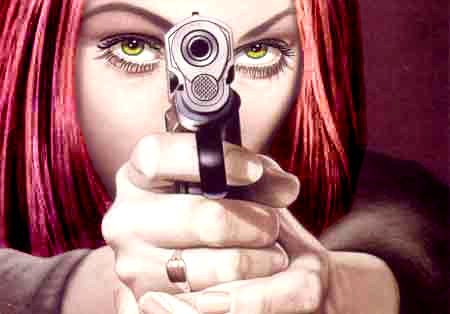 She reached into the side pocket of her motorcycle jacket, pulled out a small, burlap bundle and carefully unwrapped it. In it were four fingers. Her fingers. One of them with a small diamond ring. She shuddered. Carefully wrapped them back up and slid them back into her pocket.

Ten thousand dollars was what she was thinking.

Kelsey went to the stove. Turned it on. Watched the black coils slowly turn red. Slowly, achingly pulled off her glove. White-hot pain shot up her arm. The glove hit the floor with a sloppy, wet SPLAT.

He flew backward, landing on his back with a THUD. Dazed. Reeling from the blows to the head.

Fran Lewis Mar 14, 2011 0
Open Season Drug operation gone sour and a partner killed in the crossfire. One detective was plagued with…
Publishing