This three hundred and sixty nine word reflection was initially named 11:11:11. I see it as a renewal while others may receive the words as destruction.

Rivulets of steamy sweat cascade ever downward, pooling under arms, breasts, and small dimpled areas while, yet, a cool breeze caresses the fevered brow.

Over and Over, mankind just cannot, will not, quell its lusts ~

Kingdom upon kingdom falls to the sword; rape upon rape until the land runs red, and crisply burns black.

Slaughter, abuse, distain for the innocence to be sullied, stripped, discarded.

Raise the exchange standard high, squeezing the life blood of the populace, the land, the life giving air; cries for mercy ignored.

Man rejects teaching; intellect says his way is right; there is no God! We are.. WE are the gods of all we touch, see, smell, want, corrupt, slough. 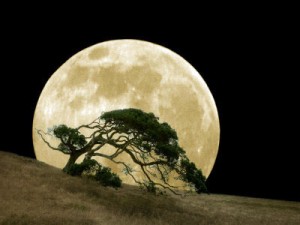 I was here for the flood and sank beneath the waves, my body twisted, torn, consumed; my spirit returning to the Everlasting Peace.

I hungered for and was given another chance, but at the scattering, I was trampled, flattened into the soil, my spirit again rising as the crowd is cleaved by the voice above.

I sat. I looked. I learned. I could try again… but not just yet.

I waited. I saw the Glory! I saw it despised, refused. I wept. How evil cloaks the eyes to love. How sad.

My last chance for entry; I take it. I asked for the ending of time… ha! Such a brave but foolish wish to prove I have seen enough to hold onto that unquenchable love.

I saw the fiery end when a tot of four and did not quake. My path set before me, obstacle laden, twisting my spirit to disbelief.

Arguing… arguing until my spirit understands the way home. Failure is not an option!

It is time! All nature in accord!

The core is heated, melting away the shale, soon to reach the crust; waters writhing, spewing an upward reaching steam to collide with incoming missiles swiftly driving a collision path to impact.