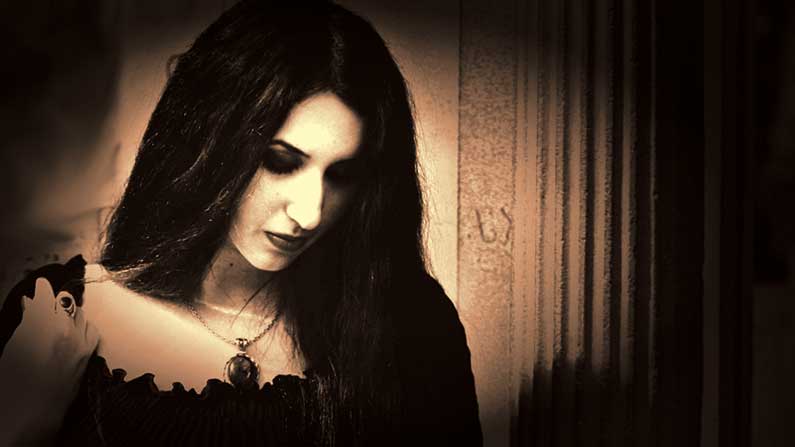 Mother’s death hovered on the fringes of my reality. Only that morning we had dined downtown, the reservation set for 11:30.

Mother had given up trying to save enough for a meal at a fine restaurant, so I took her. She deserved it, even if she wasn’t wealthy. She had earned it, even though her bank account held no record of that.

We ate lemongrass chicken and vegetables, savored Vietnamese coffee, and talked across a white tablecloth against a backdrop of early snow, where the street overlooked a monochromatic ravine. Mother’s conversation, as always, was laced with bittersweet recollections of my youth, and regrets of not being able to “give me more.” But she hadn’t given up trying, she said. In fact, she had smiled then—an unspoken secret upon her lips.

What could she have in mind? Did she have an interview for a better-paying job? Was her book going to bring in more money? If so, and her living conditions improved, justice would finally be served. A woman whose legacy was my independence, success, and fortitude, and who had helped to nurture countless strangers into confident, contributing citizens of society, deserved more than the hand she was dealt.

But it was the lack of respect from the general public, the banks (even though she always paid her bills), and her husband that dissolved her spirit over the years as surely as poverty robbed her body of adequate nutrition—the accepted belief in our society that richer people were better, smarter, more deserving, and that if one was worthy or worked hard enough, rewards would systematically follow.

On the flip side, if one lacked money, one must lack knowledge or not be worthy. Respect for such a person dropped like a stone through water. Somehow, the whole knowledge and intelligence thing was a big issue in Mother’s marriage, where she could never be right; and money—or, rather, Mother’s lack of it—ultimately cost her the marital relationship she had sacrificed everything for in the first place.

Mother desponded at being used up and cast away in our disposable society, her existence and contributions erased. But what broke her heart, she often told me, was that she didn’t have more to give to me.

I wasn’t in need of anything except her companionship. She had done her job if that had been to make my passage through life easier than hers. But our discussions had always ended on the same note: I deserved more because I was a good person. If other people, whom she felt were less compassionate, less competent, and less contributing to society could have great things and great opportunities

, so, at least, should I. That would be true justice.

That kind of justice may not have bypassed me, but it had completely abandoned Mother. And I did not know why. That someone as thoughtful and compassionate to the people of her world would be so perversely punished through constant material suffering was beyond my comprehension.

Only when I stretched my mental capacities could I envision that people regarded money and wealth above human life or even intelligence, though I was never able to grasp such a foreign concept. I did learn through observation, however, that if I ever wanted a say in anything or have control over my life, I had best have the bucks to fling.

Life was simply bribery. Health, comfort, opportunities for children, and even a voice were purchased. Kindness and love only went so far, unless one dealt with children, where unconditional love was still the most powerful element in the universe.

Infused into a child’s heart, it supplied the spirit with invincibility and self-assurance, making one indomitable, unbreakable in the face of any disaster, from war to modern society.

And thus I summoned all my strength from some hidden treasure box within, straining even Mother’s carefully crafted legacy when the police officer stood with grave professionalism at my door.

She had been found in the river by an evening dog walker, who lived in the adjacent ravine neighborhood. Early investigation of her tracks in the snow indicated a slip into the water, where the current had swept her into a tangle of branches from a tree that had tipped into the river due to shore erosion. I had to go identify the body.

She lay there in peaceful white death. I floated, disembodied, between the worlds of what I knew and what I felt.

Mother had not been on the ravine paths in years. Not since she had to stop jogging. But they found her in a jogging outfit, not well dressed for a wintry night, and certainly no match for the life-sucking force of frigid water. She would not have lasted long.

In my heart, I still felt Mother’s presence. Hadn’t we just had lunch a few hours ago? I often didn’t see her through the workweek. How long would it be until her absence—her death—felt real?

Since I had Power of Attorney—something Mother was adamant about implementing years ago—I set out on a trip to her tiny apartment the following day. She had long coached me about what to do in the event of her death since probability dictated that she would go before me, she joked. She even set up a file on her computer, which I was to access for any information concerning her estate.

She had already given me her prized possessions over the years. She said she had no space, and I might as well have them sooner rather than later. What space she did have, she cluttered with books and her writing. It was her last hurrah, she had often said, her last chance to turn the tide of better fortune in her favor.

I went to sort what were her last words to the world, and to clean a home that had suffered the neglect of an overworked renter in an urgent race against time, which had led to round-the-clock writing binges whenever she wasn’t working outside the home and the reason I hadn’t been over there in more than a week. I bemoaned that her application for a writing grant had been declined.

Why hadn’t she qualified, especially since she had a publisher and the beginnings of international acclaim?

It was obvious that she couldn’t fulfill the next book contract in time, with the hours devoured by her multiple jobs—jobs that still failed to keep pace with skyrocketing rents and the financial damage incurred in marital breakdown more than a decade ago. If she could keep the books coming, eventually the royalties would begin to make a difference.

If only someone had cared enough to invest in her the way she had invested in me. If only her potential had not been consumed and wasted. She had gifts to offer many, not just me.

As I unlocked her suite’s door, I braced for a shock of nostalgia that would surely sharpen the boundaries of my fuzzy reality.

What I didn’t expect was an apartment that was immaculate. Even Mother’s manuscripts were sorted and stacked on a wooden table. Her computer desk was clear. Beside the keyboard lay a single file folder. Inside was the term life insurance policy that would expire by the end of the year.

It is Easier to Dismiss the Thought