That same fucking nightmare!!! – ‘Christ another rainy Monday and another fucking hangover!’

His words steamed up the window, as he pulled back a smoke-clogged net curtain onto a street of striding legs. Legs reminded him of scissors and umbilical separation. Barbra had walked out on him after the hottest afternoon of sex and laughter they’d had in months. It had been like the old days before…

Archie. Shielding his eyes from the business of life and light, his right arm reached behind him for the brandy bottle on the bedside locker.

Thank God, oblivion had come before the end of the bottle. Almost as soon as the brandy hit his stomach, he retched, but somehow managed to keep it down. Not as easy as it used to be …. to stop …. to start again.

But then nothing was. Lying back on pillows that hadn’t been laundered since she left, his eyes shifted unwillingly towards the door, where she stood to go three weeks before. ‘I don’t get you Barb. How can you say it’s no fucking good between us after this afternoon?’

‘This afternoon….. is precisely why I have to leave you, Hal. Yeah we laughed…. yeah we fucked, but it was frenzied as fuck! Jesus don’t you see? One last final attempt to recapture something, that we never really had. We met in a drunken haze and we clung to each other in a drunken swamp! Think of it as a parting gift!’

Her words hammered in his head and getting as far as the bathroom sink, he threw up. Turning on the tap, he wished he could wash away the truth and her words as easily as the septic contents of his stomach. Falling back down on the bed, where they had shared so many drunken nights of love, he turned towards the empty pillow and wished he could watch her sleeping again. She had always succumbed before him.

God, it hurt! Rolling onto his back, he noticed a spider spinning a web from one side of the lampshade to the other and thought of school and Robbie Burns’ ‘If at first, you don’t succeed……!’ What a fucking joke! Tears filled his eyes for the first time since she closed the coffin lid and the front door to their apartment and he sobbed uncontrollably as he remembered the morning of the funeral. 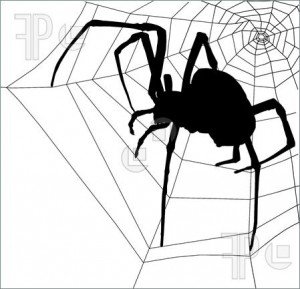 She had been sober from the time she discovered there was another living being inside her; depending on her, even if he had been a mistake.

Sober….she was now a complete stranger to him and already he resented this needy rival. Instead of bottles of brandy, she brought home baby clothes and rolls of wallpaper splashed with balloons and terrifying clowns. He drank more and stayed homeless.

The child arrived eight weeks early and during the two weeks that he struggled to hold on to life, his father visited him once. He buried his head into her pillow, trapping it between his arms and his knees.

Why hadn’t he been able to express these fears to her then or even to himself?

‘Why now? What the fuck?’ he slammed.

When he had been able to face going home after the birth, he slept in the half-clowned box room on a put-up bed. That morning, she opened the door just enough to show a thin, pale face and he knew, now, what he’d seen stalking those dark-circled eyes. Pleading….she was pleading….giving him one last chance….and he hadn’t seen it….didn’t get it!

Instead the words ‘Kiss Archie for me!’ passed through his teeth; sliding over dried up lips, from a cave in his stomach, where the stranger lived. And that was that. He didn’t go to the funeral; He was too drunk; too hungover; too….too….yellow-livered scared!

He let go of the pillow and looked up at the spider’s web, once more, and was reminded of his recurring nightmare. A labyrinth of washing lines…. thousands of them …. whiter than white, whites …. following him….assaulting; this way and that …..attacking his head….suffocating him….sheets wrapping themselves around like boa constrictors …squeezing out his life’s breath.

He could smell his mother and he could hear her voice talking to the ladies that she washed for….but he couldn’t reach her….he couldn’t find her….just the voice….her voice….!

Closing his eyes in the echoes of that voice, he pressed his hands together across his chest: ‘Kiss Archie for me!’

Pat Bertram Oct 7, 2012 1
Words to Leave the World: I’ll leave the world my books, which are words enough, but besides that, this is how…
Publishing