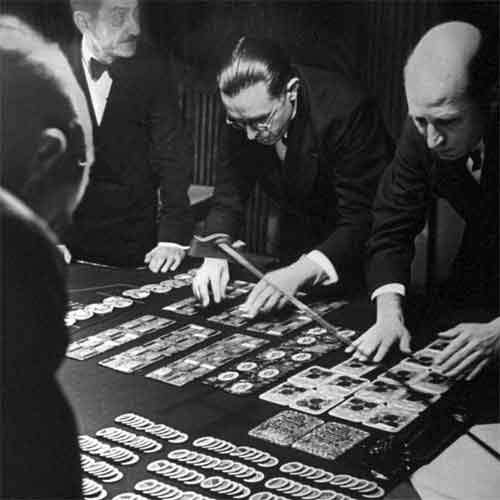 To his right and sitting behind his desk was a fat little man with a shiny bald spot on the top of his head and three chins bobbling around like a Turkey’s giblet.

He was leaning over his desk counting out a wad of money–in hundred dollar bills–his lips moving as he counted. Behind the fat man was a Troglodyte with heavy, thick arms, and the wired bristles of bushy eyebrows covering what little of a forehead he had above his dull eyes.

“Jesus, I’m glad you got that little bastard, Smitty. Can you believe it? They hired him . . . him of all people . . . to take me out. That little fucker! Tell you the truth, it’s freaking brilliant.

I didn’t know the little guy was a killer. I thought he was a damn good bookie. Made me a ton of dough. A ton of dough. How did you know it was him?”

“The kid,” Elroy Gibbons growled, shaking his head angrily, then reaching for the fat stub of a cigar smoldering in a glass ashtray beside the money box setting on the desk. “But like I said, I wouldn’t have thought he’d be the guy in a thousand years. What tipped you off about the kid. He certainly doesn’t look like a killer to me. What was it? What was it that he did which told you he was the hired gun?”

There was something in the tall man’s soft whisper. Like a sudden gust of unexpected frigid cold. Just enough to make the fat man, cigar between thick lips, suddenly look up and at the man standing in front of the desk dressed in the gray slacks and gray sport coat and black buttoned collared shirt.

There was a gun in Smitty’s hand. A nine-millimeter Glock. The gun belched out fire and smoke. The sound of the gun going off deafening. Behind the fat guy the dull witted thug caught the bullet one button up and a half inch to the left of his sternum. The bullet slammed him back into the office wall and he slid down, lifeless, a look of shock on his face, leaving a smear of dark blood on the yellow painted wall.

Legacy of a Leader 2