It was the Christmas holidays. Albert was up from Southern California visiting the neighborhood near his old high school in Canada. In the evening he dropped by to see his friend Bob. 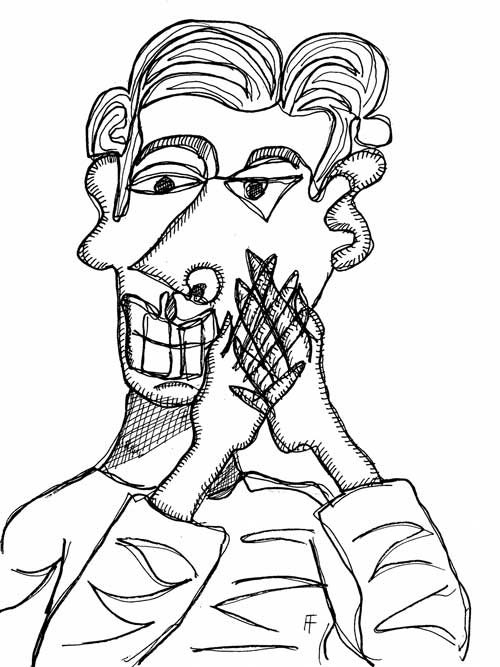 Albert was not happy about this rumor. He felt it was none of anyone’s business whether he was or wasn’t married, but guessed how it started: a long-distance phone call with a man who used to cut his hair in Vancouver. One of his friend’s mothers frequented the salon and he must have said something to her.

Bob was quiet for a while, then, with a devilish grin, he said, “I’ve got an idea. Let’s play along with them. That’s what we’ll do! We’re going to visit some parties tonight and there will be plenty of people we know. I want you to tell them you are married. We’ll play a joke on them. Serves them right.

And I will be the only one who knows the truth.” He laughed and clapped his hands together relishing his privileged position, his imagined one.

Off they went in Albert’s 1965 VW bug with the faded California plates. After picking up a case of beer, they arrived at the first party. The door opened to Neil Young on the stereo singing Down By The River.

As they entered Albert removed his glasses, the icy weather caused the lenses to fog up in the warmth of the house. Bob noticed him taking them off and said, “Trying to look cool without your glasses? Everyone knows you wear them.”

In the living room, people were scattered around drinking. Some friends looked up when Albert entered.
Soon one of them approached and said, “I heard you are living in L.A.”
“Yes, I’ve been down there since last February,” said Albert.
“What’s it like?”
“Hot, weather-wise. It’s a very big city. A lot of freeways and smog. I’d say it takes about 6 months to get used to the feel of the place.”

“We opened a joint bank account to make it look like a real marriage. She was going to deposit her money as well, but she never did. One day I got a letter in the mail, a bunch of canceled checks. She’d been shopping. I asked her about it, told her if she needed money to let me know. She got upset and stormed off. The next day I closed the joint account, went to another bank and opened an account in just my name. The same day she tried to draw more money out of the bank, but they refused her since the account was closed.

She was furious and demanded a divorce or she’d call Immigration to blow the whistle. I got the divorce. Months went by and my appointment with Immigration was coming up, which I couldn’t keep without her. I figured it’s back to Canada for me. Then she came around said she was sorry for what happened and she would go to the interview for my Green Card.”

Albert knew sooner or later his friend would learn what he’d done. Bob was very competitive, always liked to maintain the upper hand in the friendship. This was one time he was on the low end of the teeter-totter. After the holidays, driving south down the interstate, Albert thought about his visit: the people he’d met, the places he’d seen, but most of all of a practical joke that was anything but.

8 Beauty Facts of Blueberries and Blackberries