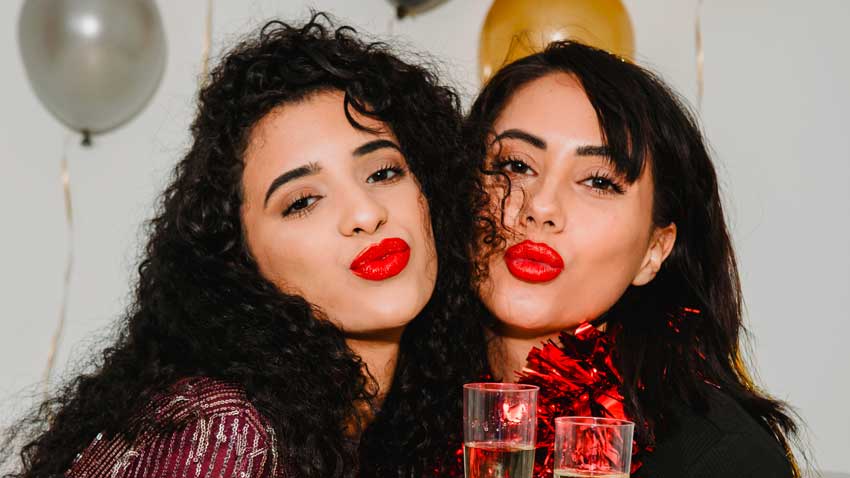 The world was a whir that evening – too much Christmas, too many holidays. “A drink, of course, my friend; I’ll stop around.” “Good cheer to you as well. Let me buy the next.”

All the while, I detest the holidays and wish I could get away – somewhere, anywhere. Round and round the mid-town scene, I went one martini after the next and one eggnog after another.

And so it went until I, long past the pledged time and without the promised packages, plopped myself in a taxi and garbled the address of our apartment where she and the children were undoubtedly well asleep.

It wasn’t such a grievous mistake – east or west, who cares about the compass at such an hour? So it was I ended up unable to open the door of 4C in a building that could have, might have been my home if I had only recalled east from west or west from east. Being so unintentionally excluded and lacking judgment or wit, I rang; and when that produced no resulting welcome, I banged and banged again.

The woman who came to the door was as delicate as a blossom made of fine bisque. Asian of countenance and evidently of language, she bowed and let me in, although I’m sure she had no more notion of me than I of her. Saying something in her incomprehensible language, she helped remove my coat and gestured me to the most comfortable chair.

I thanked her profusely, all the while nodding my head as if I had some notion of her words. She, in the way of such well-mannered encounters, nodded in turn even as she slowly shuffled backward and out of the room.

I took stock of the place. It was filled with doodads and gadgets, with thingamajigs and gizmos. On the wall were hangings, fabrics of oriental disposition. Except for my chair, the furniture was somewhat forbidding in appearance, with richly lacquered wood and dark-colored textile.

The walls where they were exposed were covered with the darkest-red paper flecked with gold. Overall was a sense of foreign opulence, a sense only increased by the strange incense and by the whirl of my liquored mind.

I knew I was in the wrong place, yet it immediately felt right and relaxing. I could not fathom it. I’ll sort it in the morning, was my last conscious thought.

What happened next or after, I have neither idea nor recollection. I woke here dressed as you see me in silly bright green, chained to this bench, and with this pile of bits and parts before me, ready for assembly.

The man who comes to inspect my work and provide – if satisfied – food and drink says little. If I have made an error, if he is unsatisfied, he allows his hand to speak for him – a quick slap to my head as he gestures at my mistake. It might not hurt so much were it not for the large rings he wears; they make my ears clang.

I ask him how long I will remain his prisoner. He replies only, “Ho, ho, ho,” slaps me again and points to the pile of unassembled toy trains that sit before me. I go back to work, resentful yet strangely not. At some basic level, I don’t mind so much. At least I’ve escaped the holidays.

Kenneth Weene, PhD is a psychologist and social scientist. Over the years he has published a number of professional papers.
Ken is also a poet and fiction writer. His poetry and short stories have appeared in numerous publications. All Things That Matter Press has published five of Ken's novels. His collection of three novellas, Broody New Englander, and a play he fo-wrote with Nigerian Playwright Umar Abdul are also available on Amazon.