Brim pushed the green mug across the table toward her.

Klara peered into the milky froth. The closest description to Brim’s drinks was Chai latte, except more heavenly. Nonetheless, even the warm, spicy steam rising into her face did nothing to lift her mood. 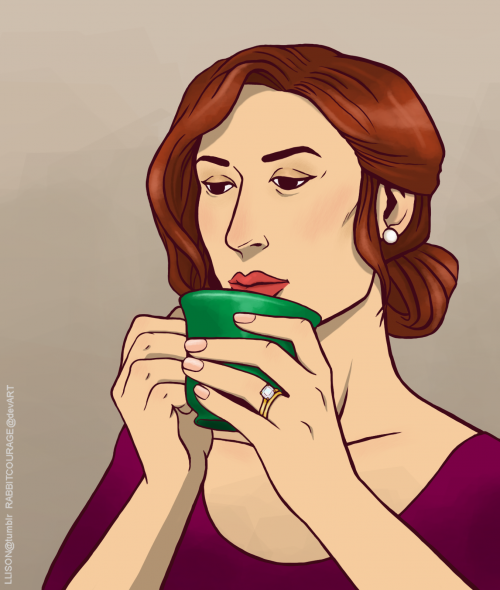 “So tell me how things have been going,” Brim said.

She fingered the smooth handle of the mug. “He brought me flowers today.”

Ridges formed on Brim’s forehead as he raised his eyebrows, what little he had in the way of eyebrows to raise. “Oh, that’s good!”

“He hugs me a lot, calls me cute names.”

Brim’s thin lips worked into a smile as he nodded.

“Yes, yes?” Brim urged, moving to the edge of his seat.

“So he did get the job this time around?”

“My job is good too. Something I can really sink my teeth into. The pay is wonderful.”

She couldn’t shake the feeling he was rushing her this time. There was an edge of impatience she hadn’t seen in him before.

“Fine,” she said. “You really want to know? Working is easy. Paying for things is easy. Raising kids well takes a lot more, even if no one appreciates it.”

There was a solemn look in his overly large eyes. “And where do you live?”

“In a big house—much nicer than the other one we had.” She swirled her drink. “In this really upscale neighbourhood.”

“So would you say things are on track?”

Her eyes focused across the room on a painting of a meadow and woods. “I can’t believe how much I missed it—the gardening, the snow shovelling. As for housework, I’m a lot more careful now. I never let the house or myself look ragged.”

“If it’s too much and the place starts to look sloppy, I tell him I have to hire someone.”

“I suppose.” She sipped the tea-like concoction, after which she took out her lipstick, ready to reapply it once the drink was finished, and caught a glimpse of herself in the mirror on the cartridge. Considering she was in her late forties, she looked young. And, what’s more, she had cheekbones and no double chin. Her arms were tanned, the muscles sleek from yoga classes, her nails professionally manicured. The diamond engagement and wedding ring set was back on her finger. “What did you want to meet with me about?”

Brim readjusted his wiry body on the wooden chair. “Just this. How you were doing.”

“It’s all perfect—the marriage, the job, the house…” She frowned.

“What do you think? I miss them, of course. They’re in daycare before and after school. I miss all the things I used to do. The way I taught them to be independent and responsible. The way we went through their homework checklist before leaving school so they had everything. The way I was involved with their teachers. Now, not only do they forget half their stuff everywhere and they’re disorganized, but I feel like someone else is raising them.”

“But mostly I miss the other two.”

“You knew this was part of the price.”

“It wasn’t even my idea to have four, but I miss them with a hollowness I can’t describe.”

“Yes, but in my memories they do.” She let her gaze rest upon the veiled square of daylight that partially illuminated the room. “You know, my kids never judged me for being poor. They said I was a great mom—even the younger two when they were around.” She took a sip to wash down the tightness in her throat, clamping her hands hard around the mug to keep them from shaking. She managed a smile. “I’d probably just put it down to them being biased. But I have to say they’re doing very well. I mean—they were doing well. All of them.”

Brim looked at his watch.

“Are you leaving already?”

“Yes. The window on this dimension closes in exactly ten-point two-six minutes.”

“When are you back?”

“This time, not for thirty-nine of your years.”

“What?” After peering into his large, liquid irises for some moments, she set the mug on the table and put her head in her hands.

“You’ll have to decide. You may not get another chance.”

“I won’t be able to bring you back from the dead, you know.” Brim grinned. “I don’t have special powers.”

She shook her head.

“I’ll help you out. What’s the most valuable thing you have now that you didn’t before?”

“Respect.” She fingered the rings on her left hand. “Control over my life. I feel like a person now.”

“Because of the money.”

“Yes, because of the money!” She picked up the mug by the handle and slammed it on the table, sloshing the last of the contents out and onto the tablecloth. “Damned money. Am I only an equal because I make lots of it?” Her throat constricted, cutting off some of her air as she spoke. “If I am to be loved only for my money, then my decision is simple.”

“Be careful. This may be your last chance.”

She set her jaw. “I want truth. Substance. And I want my other kids back. The ones we never had.”

“It’s been a while. And, since it’s part of my job, I have to caution you—understand what you’re going back to. It will be for a very long time. To you, perhaps for the rest of your natural life.”

Unruffled, he went on. “Your apartment will be too small. You’ll struggle to feed the kids. And, of course,” Brim glanced at her hand, “you won’t have those rings. You’ll be worn out and overworked. Your car will threaten to break down—”

“For God’s sake.” She rolled her eyes. “Like someone forgets when they’re bordering on bankruptcy. Just get it over with.”

“I still have seven-point three-five minutes.”

“Well, don’t be late. Unless you have someone who will come looking for you in thirty-nine years to reset your timeline.”

“I’ve learned what I need to know. For that, I thank you from the bottom of my heart.” She stood and shook the skinny hand, with its cool touch and ash-coloured skin. “Safe travels, Brim.”

“May fortune smile upon you yet.”

When the blinding flash wore off, Klara found herself in her living room, bright but clogged by what little furniture she owned and, of course, too many books. The room was her office, her bedroom, and the kids’ entertainment room all in one.

“It already has, Brim,” she whispered as she turned the corner and, in two steps, landed in a kitchen that felt crowded with only her in it. The energy she had enjoyed for years seemed sucked out of her. Nonetheless, she smiled as she rummaged through the cupboard for the tin of coffee she knew she had.