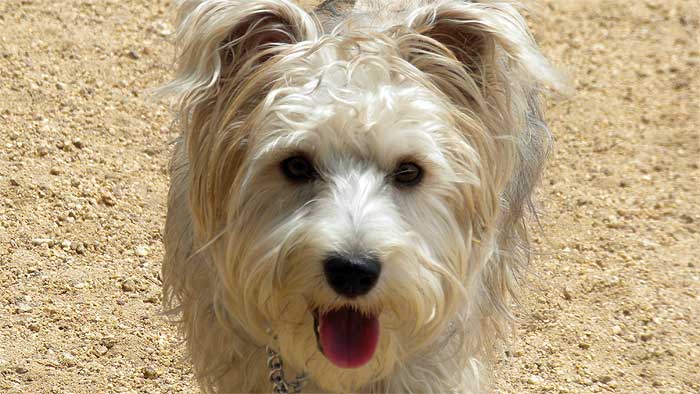 The sun was shining and the winds were light. Barney sat looking out the window at the world outside. In the distance in the clear air, he could see the wake of a small boat fighting its way across the deadly bar that ran across the harbour’s mouth.

The tide was about right and the boat swung on her anchor with her stern pointing downstream towards the low footbridge that crossed the tidal estuary.

“Come on dog,” he said to the sleeping fur ball laying at his feet. “Let’s go and catch us a couple of fish.” The fur ball leaped to his feet and ran around the house barking madly at everything in its path. As Barney gathered his fishing gear, the fur ball snapped and snarled at its own reflection in the window. His master needed his help and that damned dog outside stood in his way!

“It’s you you’re barking at, you mutt,” Barney laughed, as he opened the ranch slider and stepped outside onto the veranda deck. The fur ball ran round the deck poking his head between the railings, barking at cats and flowers, and at the cars as they passed the front of the house.

Barney hauled on his sea boots, shaking his head at the demented fur ball’s antics.

“One of these days, dog, it’s the shotgun for you,” he laughed, as he stood up and shouldered the bag of fishing gear. The fur ball stood with his paws on the low gate at the end of the veranda, barking at the clouds.

“Come on you hairy mutt, lets go,” Barney said, opening the gate and walking down the veranda steps.

Barney began descending the brick stepped path through the overgrown slope of his front garden down to the road. The fur ball almost bowled his master over as he ran down the steps at full stretch in his mad rush to get to the footpath.

“Steady on, you idiot, you almost had me over then!” Barney shouted, as the soles of his sea boots skidded on the slick surface of the old wet bricks beneath his feet.

The fur ball charged across the road and down the grassy bank to the water’s edge. A small flock of wading birds were filtering the shallows in search of small crabs and sea snails. They lifted into the air in alarm as the fur ball charged at them with his teeth bared, barking so loudly that the seagulls overhead changed their mind and went elsewhere to feed.

Barney finally reached the waters edge and put down his fishing bag. He waded out until the seawater almost lapped the top of his boots, and felt around for his anchor. The fur ball ran around yapping and splashing while Barney steadily pulled the boat into the shallows.

The boat’s keel gently ran aground on the thick shell bank and the fur ball leapt over the bow and into the centre of the boat. He stood there while he shook the water from his waterlogged coat in a fine spray of mist that caught the sun’s rays, creating a brief rainbow.

Barney returned to the shore, retrieved his fishing bag, and then waded back to the boat. The fur ball took up his customary position lying on the seat that crossed the stern of the boat with his tongue hanging out from pure exhaustion.

Barney pushed the boat back into deeper water and leapt aboard. He fished around beneath the thwart and lifted the pair of oars from their customary position. Pushing the oarlocks into their holes in both gunwales, he slid the oars into place and readied himself for the task ahead. Barney wiped his hands and rolled himself a smoke, lit it, and positioned the oars for the first long pull to get the boat underway under the steady power of the two oars’ blades.

The boat began sliding effortlessly through the water. The fur ball sat up and looked over the side of the boat. There was that damned dog again, and he was on his master’s boat!

The fur ball ran under Barney’s arms, knocking one of the oars free from his hands. He stood with both his front paws on the bow barking like a demented banshee. The damned dog was still on the boat! How was he going to get rid of it? The only dog allowed on his master’s boat was him! Barney reached over the side, retrieved the oar from the water, and resumed rowing.

The fur ball was perplexed! His master didn’t seem the least bit concerned that another dog was on board. It was time to find the stowaway and make him walk the plank!

The fur ball turned and walked back between Barney’s sea boots, sniffing in the spaces between the strakes and the ribs. No, he wasn’t there. Perhaps he was beneath the floorboards. The fur ball scratched at the wooden twist toggle that held the floorboards down, with his paw.

Success – the toggle turned on its screw and the fur ball began scratching at the floorboards, shoving his nose under in search of the stowaway. Barney just shook his head as he shifted the position of his feet out of the fur ball’s way.

The fur ball got his whole head under the floorboards and pushed them to one side. No, the stowaway was definitely not there, perhaps he was behind his master; stowaways were tricky after all! The fur ball crawled beneath his master’s backside on the central thwart. Aha! The stowaway must be in the stern sheets – there was nowhere else to hide!

The fur ball curled his lips and showed his teeth as he let out a low growl and stared beneath the seat. He sniffed cautiously at his master’s fishing bag, gingerly pushing it open with his wet nose. Sniff, sniff, sniff? No, not in there either!

The fur ball shoved the bag to one side and sniffed around in the shadows beneath the stern-sheets – nothing! The fur ball backed out from under the seat, climbed back on top, and sadly lay down with his head between his paws. He had failed his master!

Barney reached his favourite fishing spot, threw the small anchor over the side, and watched the anchor rope slide over the gunwale. He shipped his oars, stowed them beneath the thwart, and reached back for his bag and his hand line. The soft plop of the weighted fishing line roused the fur ball. He sat up and panted in the warmth of the sun, while he watched his master holding the fishing line waiting for a nibble from below.

The fur ball yawned, stretched, and then lay down once more to doze in the sun, sheltered from the wind by the sides of the boat. Barney put a loop of the line around one finger and began rolling himself another smoke. The line moved once, twice, three times, then nothing. The fur ball opened one eye.

“Think we’ve got a bite, dog,” Barney said quietly, as he felt for vibrations on the line.

The fur ball sat up, staring at his master’s hand and the thin fishing line. The line went taught, Barney gave it a jerk, and began pulling it in.

“We’ve got one dog,” Barney smiled. The fur ball leapt across the boat and stood looking over the side. That damned stowaway was back and now he was trying to steal his master’s fish!

That night in the pub, Barney stood at the bar with his mates having a beer, telling them about his day’s fishing, with the fur ball lying at his feet on the cold bar room floor.

“Bloody stupid mutt saw his reflection in the water and dived over the side. The stupid bugger swallowed half the bay and puked most of it into my boots when I dragged him back on board!” Barney said as he and his mates laughed. The poor fur ball just lay there dejected with his head between his paws unable to understand why his master was so ungrateful. After all, he had got rid of the fish-stealing stowaway!