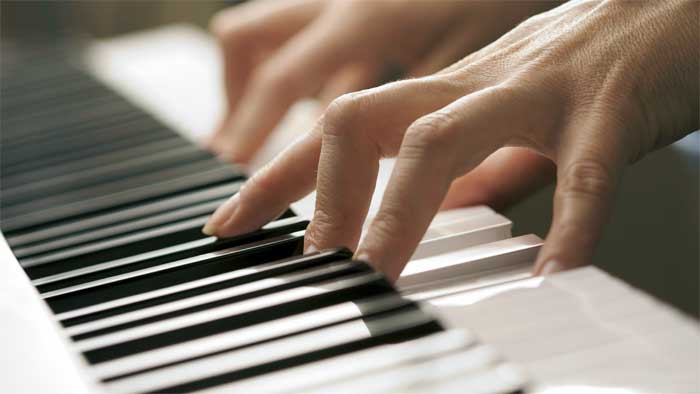 She had the most unusual name; Hortensia. I mean, it was unusual for this part of the world. Maybe somewhere else, it would have been widespread.

Maybe somewhere else, where people didn’t care as much about words and their meaning as they cared in this perfect place.

She was a doctor. A good doctor, it was said. Not a specialist, just a general practitioner (curing common colds and writing prescriptions). But this is a doctor, too, I’d say. Hortensia was, or shall I say, used to be – my mother. The only mother I ever had.

When she used to be my mother, back then, when life looked real and almost meaningful, she was distant to everyone, including me, as if she never knew any empathy towards other humans. How then, I am asking, could she have been a doctor, for goodness’ sake? And a good one, as they said?

She left when I was seven. I painfully thought that she had left because of me. Because I had done, or I hadn’t done something I was or wasn’t supposed to do. It had created some split within my thoughts, actions, and desires. My hidden desires. Those which were often buried so deep that even the owner rarely could have been aware of their existence. Especially a young soul.

I heard a rooster’s cry somewhere between the dawn and my careful anticipation, which was growing day by day. The rooster, I’d say, indifferently announced her departure:
“The doctor, the general practitioner, was about to leave.”
I had covered my head with a duvet pretending that I had never heard the rooster’s cry and that I really never knew Hortensia, the doctor.

Since then, I had cut all the flowers around any house I lived in. Counting even those built in my imagination as shelters from daily storms, which consequently followed in abundance as a by-product of a simple selfish decision.
Someone once told me that Hortensia was the name of a beautiful flower.

I needed no flowers in my childhood.
I had my father. He was rather a – thorn.

When the General Practitioner had left, his thorns quickly multiplied and grew thicker around his previously thin patience. Those thorns had pierced throughout everything: through our days, our conversations, our daily bread, and our excuses and accusations.
Thorns.

Nobody knew where she had silently gone. I suppose there were many places, anywhere in this world, where a general practitioner could be needed. Maybe there were other kids or some other families who needed Hortensia more than we did. Maybe even God does things he regrets later.

She would say that we were a ‘dysfunctional family.’ I didn’t know what that exactly meant, but this two-word family description brought sadness into some of my games. This sadness manifested in how I would play with my dolls without sufficient imagination, hence one of them I named ‘Naughty Hortie.’ One day I pushed two little needles through her heart… two little thorns avenging my dad’s bitterness towards me.

That unusual bravery really didn’t bring any sweetness or ease to me, but somehow, it spoke to that broken part of me. I swear I heard it.
I never wanted to be a child.
Never a doctor’s child. Particularly a child of a general practitioner.
***
Seven stale and hollow years had passed. The sky was reddish, and I was, sort of, puzzled what good or bad that redness was going to bring with its shades.
It brought nothing in particular, but I bumped into a woman.
“I am sorry,” that was what I said.

She nodded her head which resembled an unusual flower. It had petals instead of hair. The head had feathers, not hair. She smelled of something which I couldn’t dare to name. I decided to follow that woman with a feathery head. As I followed, those petals on her head were leaving a fragrance behind, giving me a perfect opportunity to follow her with my closed eyes, as if I was almost walking through an old dream—the unfinished one.

I would always close my eyes when I was faced with uncertainty or challenged by a strange event.
That habit of closing my eyes I had inherited on that day when I buried my head under the duvet. Since then, my eyelids were my mini duvets. Puffy little cushions.

I could follow her easily – firstly because of the fragrance the petals were releasing, and secondly, because while she was walking, she heals were playing music when touching the pavement—outstanding music.

There was a bench, and she, most elegantly, sat there with all her petals, feathers, fragrances, and musical heels. She sat there looking up into the sky as if the sky was about to bring some delicious surprise.

I stood frozen.
(I was always frozen when anticipating delicious surprises.)
A man came and sat next to her.
He had long, long fingers.
His name was Leon.

When I saw Leon with the feathery creature, I was neutral. No feelings. But this is how it was for me often, more than often. It was always like that, since the day the woman who used to be my mother had left, on that deaf morning broken in half by the rooster’s cry. On that morning, everything was broken in half, including myself and my thorny father.

Leon was my music teacher. Yes, I was seven when he left.
Father said with his thorny voice:
“We can’t afford Leon.”

I never understood how one person couldn’t afford the other… but silently, I accepted it.
We could not afford a general practitioner, a smile, any feeling, or Leon.

We stood in a bare house stripped of emotions and music that Leon would play every second day in our living room. We had a grand piano there, and above it was our great-grandfather’s portrait. There were never any portraits of the General Practitioner’s family in our house but only of my father’s. They were ‘better people,’ very noble, and they always regretted that my father had married a plain general practitioner.

What a waste! He could have married Princess Ann or someone in that line. But it didn’t happen. Princess Ann had never met my father. Even if she had, she would never have thought of him as a potential suitor. He was plain: an arrogant thorny man. Prickly. Like a prick.

Leon used to bring us chocolate boxes. One for me and one for my cat. Yes, for my cat. He would leave the other box on top of the piano and say: “This one’s for kitty.”

Kitty never ate the chocolates. I tried to feed it with the marzipan ones and the sweetest I could find, but it would smirk and walk away. With its tail up, up, up… touching the chandelier.

Once Leon told me if I played long enough, my fingers would be able to touch any key I desired. I thought, back then, that they would grow longer.
Leon had long, long fingers.
I liked Leon’s fingers the way one can like the teacher’s fingers who brings two boxes of chocolates.
One was for me, and the other one was for our cat.
Ungrateful cat. It would only smirk and walk away with its furry tail up, up, up… touching the ceiling.
When the rooster counted our days with his cry, and when I finally reappeared underneath my duvet, I looked around for Leon.
No more sweetness.
Just father and me.

He said, “Don’t ask.” In families like fathers, one never asks. My grandmother talked to him, and her eyebrows were nearly touching. She looked like an old angry model wearing too much make-up. She always tried to cover her anger with excessive make-up. Her anger’s predominant source came from the fact that my father had married a general practitioner with an unpronounceable name. My grandmother never liked her name, so she called my mother, General Practitioner.
She called me Child, and she called my father Sunshine.

We had strange names in our family, so I can say now that Hortensia wasn’t, after all, such a strange name.
I even used to like it when I was little. Very, very little.
I used to laugh at its sound. I used to struggle to pronounce it. She told me to call her Hortie to make it easier. So, I called her Hortie.
My father called her – Tensia.
Like in tension.

There was always tension in his voice when calling her name.
Leon would play loudly, and my father would call even louder with tension in his voice:
“Tensia, Tensia.”
I hid under the grand piano, eating my chocolates given to me by Leon’s long, long fingers.
***
I always suffered period pains. I felt as if someone cut me through, intentionally, with the sharpest knife. On such occasions, I could imagine that lots of dark sticky blood came out of my tummy. I felt as if I was going to bleed out and to pass out.
That was exactly how I felt on that day: as if someone cut me through with the sharpest knife, intentionally.

I didn’t bleed; I just stood there looking at Leon’s long, long fingers playing with the feathers on the woman’s head. He was arranging and rearranging them. They secreted a fragrance that held me trapped in my step and made my blood dark, like some dark, unforgiving river.
I was fourteen, and it was my third period.

After imagining that scene of a bleeding dark, unforgiving river long enough, I started to bleed heavily and then fainted.
Someone cried:
“Doctor, call a doctor.”

And the doctor didn’t come.
She stood up and walked away, slowly holding Leon’s long, long fingers the way a grateful child would hold an unexpected box of chocolates.
She was a doctor with little empathy.
***
I remember that a man came, a young man, and offered me a bottle of water. I was looking at it, wondering if anyone had drunk from it before. I was paranoid about germs

.
I was taught to wash my hands countless times and never drink from the bottle someone else drank from before.
After all, I used to be a doctor’s daughter.