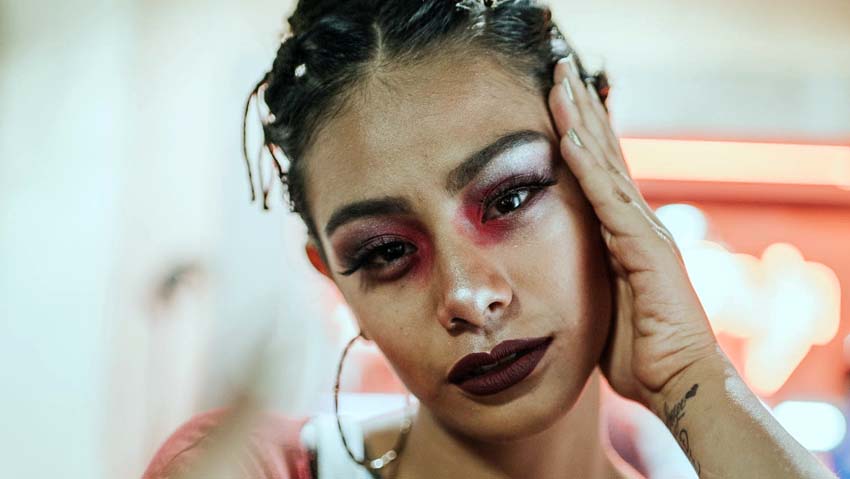 I have a friend, a beautiful friend, who is loved and well-liked by those that know her.

She’s odd and she’s quirky. But there’s something about her that sets her apart from others and it’s noticeable every time she enters a room. She’s not the prettiest, the tallest, the cleverest, it’s just something about her and no one can put a finger on it, we’ve tried.

When she enters a room full of strangers she mingles immediately, putting everyone else at ease. Yet if she’s in that place, her sanctuary of solitude, she’s quiet and withdrawn. If you know her, then you know she’s distracted and often deep in thought in her own little world. If you don’t know her, you assume she’s just rude and distant, strange or even odd.

I have often wondered how such a beautiful person could appear so content when I sense that all is not well. I have watched her in a room surrounded by people in the midst of a conversation, and yet she never hears a word. Strangely enough, she manages never to miss a beat regarding the discussion though her mind is elsewhere, and I can’t help but wonder how on earth she does that.

I asked her once if she was alright, but I wasn’t prepared for the answer that I heard. Looking back I’m not sure I really knew what I was asking. Maybe it was a general show of concern; a friend reaching out or was it just small talk, I don’t know. But either way, her answer took me by surprise and I was stunned beyond belief.

“Are you alright?” I asked.

“What do you mean?” she replied.

, uncomfortable and wishing I hadn’t mentioned anything at all. She turned directly toward me and almost grinned but not quite and as calm as could be she said the following words.

She never teared up to cry. She didn’t need or want pity. It was a fact and she wasn’t going to explain. I was speechless and suddenly felt like a fool, trying to be a good friend I had invaded her space. I knew enough that her bruises were emotional and not physical. I had no answers and nothing to give.

My friend did exactly what I thought she would do; she smiled, changed the subject, and asked if all was well in my world. I didn’t respond, I couldn’t and she didn’t press me and that didn’t surprise me either.

She didn’t mention that conversation again, and I didn’t ask. But I wonder if I should have. Bruised, broken, and displaced, wow! Strong emotions for such short words. I know that if one day she chooses to share, I will be here. We’re still friends. I also know in her own strange little way that she’s managing the best she can, but I don’t think I will ever forget those words.

Bruised, Broken, and Displaced. Wow…I can only hope if nothing else, she knows she has a friend.