Bridgestone To The Rescue: As is the way of our life, nothing runs smoothly or like clockwork, and today was no exception.

Every day this week I have been working on finishing the up-date to our Solar system. Everything had been going to plan, except I had run out of battery cable. 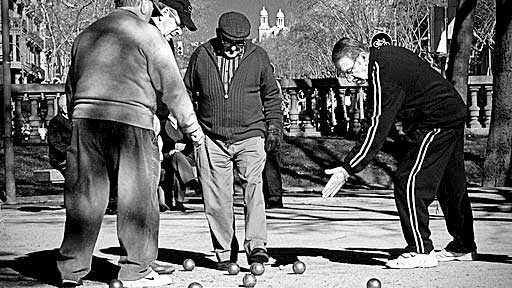 Now, this is a heavy-duty cable and very expensive. So after trying to find some in the local town without any luck, (well if I waited until Monday I could get it then) my wife had a brilliant idea.  Why not go to Reus and get it, after all, there were large builders merchants there who sold cable should be no problem…..

So I had an even brighter idea, she could go shopping and I would play Petanca, as I had been working all week…  Around 3.00 pm she dropped me off at the courts and headed out towards Reus and ‘the cable’ dum dum dummmmm..

“As I headed towards the mountain pass and the coast the grey skies that have dogged our days for the past week began to disappear.  Up into the pass and to my joy and amazement blue skies with a hazy sun were visible, not much traffic about so I could drive nice and easy along the twisting pass, through the gap between the ever-present wind generators so down onto the flat and towards Reus Industrial Park.   I was feeling in a good positive mood, then I came to where they are installing new bridges, on and offs to new roads.  There were signs saying this way to here, that way to there, total confusion for at least 3mins. I do wish they would not put the signs on ‘not finished’ bits, but at last, I arrived at Leroy Merlins.

Now this, for the English among you is a larger version of B & Q, only here women are not assumed to know what they want or are talking about.  D.I.Y. has still not fully caught on.   I had some other bits to buy so after finding a bargain and armed with a small sample of what we wanted I headed for the cable section.  Lots there but not what I wanted, all small stuff,  plus when I asked if they had any the size we wanted this happened:  1) what did I want it for?  2) it was specialized and they did not sell it 3) was I sure that I had the right type of cable for the job? grrrr.  I know they were trying to be helpful but I was a WOMAN I mean hey, women don’t do this in Spain….

I next tried Bachouse the same result.  Then I visited two car tyre places but neither could help or suggest anywhere, so then I phoned Michael.  Go and ask Bridgestone was his suggestion, so I did.  Now ever since we have been here we have bought our tyres from the Bridgestone garage in Tarragona.  They have always looked after us and when Mitsubishi stopped making the tyres we were using they explained about how to get the new ones matriculated – here you cannot just put another set or even different makes of the car, as unless the paperwork matches you could be in for a few problems if you were stopped.

As time was nearing 5.30 pm, I arrived at the garage, presented the cable, and asked the question.  Ummm this is not for a car is it? No, it’s for batteries, Solar.  Ummm momento!  off went the man out into the workshop to ask if anyone knew where I could get some cable from.  In a few minutes he was back, out came pen and paper, diagram drawn and instructions given, I was on my way.  Well done Bridgestone!

Back through Tarragona out past Reus and headed for the pass. As we – by now I was part of a convoy, three cars, and a large lorry behind with more in front – headed up towards the start of the pass the wind picked up, and what appeared to be sleet/snow began to settle on the window screen.   Ohhhh, memories of our last trip in bad conditions came back, and yes we do drive on Bridgestone tyres.  Anyway, we all kept together at around 40mph and made it to the other side,  only to find the cloud had come down and was banking up against the range so now we had foggy sleet. Still, it did not last long, once down on the valley floor the visibility was good and it had begun to rain.  Michael had told me he was in the Bar Somnis so I headed there to be greeted by a San Miguel and some patatas bravas.

Well, I had to be kind as I said earlier no cable no TV….  We are now home, the fire is lit and I can complete the work tomorrow.  Just about to roast some chestnuts.

A Blessing in Disguise

Estelle Liotard Mar 11, 2020 0
Locations to Write a Novel Which Locations Will Inspire You?: A writer's job usually seems so easy to all…
Book Review