“Mark, why is your room twenty degrees colder than the rest of this house? I can see my breath in here.”

He stopped clearing off his desk and gave me an exaggerated sideways glance. I ignored his cute melodrama although it slew me every time. The handsome devil that he was. 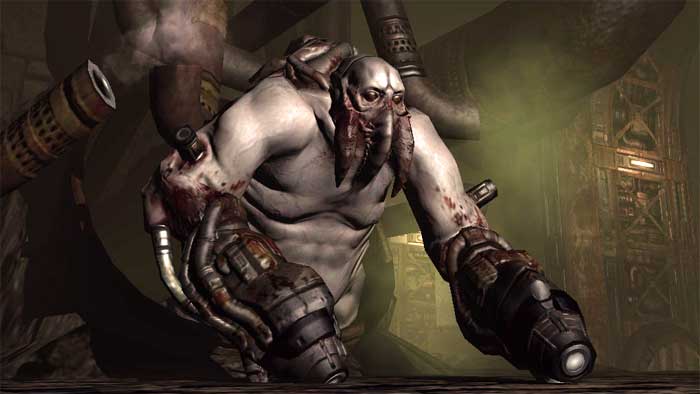 “C’mon, spit it out, I can’t believe your mom lets you get away with turning off the heat in here!” I felt the radiator for any sign of warmth. It had to be thirty-two degrees outside and dropping. It was perhaps forty in this room.

I breathed out a puff of steam and stomped my feet to get my blood moving, hugging my elbows. The moonlight glinted on the frost in the narrow cobbled street two stories below. I blew my breath on the windowpane and traced Mark’s name on the glass.

“It’s always like this. C’mere, I’ll warm you up.” He slipped his arm around my waist and I slipped away artfully.

“Later, baby, Ellen, and Joe will be here any minute and if we leave them on the doorstep for too long, you know they’ll disappear.” I protested half-heartedly. The door chimes in Mark’s parent’s house were hard to hear.

“I can live with that,” he said winking at me and I flashed him a wicked grin.

I looked out over the city from his bedroom window as a wave of lights came on in the twilight, blinking through curtains and drawn shades. The view from the hill at this height was enchanting. Only a few windows were bare giving me a long-distance peek into some of the posh living rooms of the old mansions on the East Side of Providence. The history in this part of town oozes out of the bricks and church bells. Secrets, ancient and forgotten, beckon just beyond the well-worn steps of the old Victorians and marbled gates hidden between them.

“Look, what’s that?” I pointed to a weathered house two streets over. The attic window flamed as if a fire was roaring in the fireplace inside.

“Hmm,” Mark said, touching my shoulder and holding a film strip up to the bare bulb hanging from the ceiling. “Hey, these are pictures of us at the beach this summer. Oh, that’s Lovecraft’s house, the strange one over there? Yeah. He lived there with his aunts. Weird guy. Died in the nineteen-thirties pretty young. They say his monsters killed him.”

“Who lives there now? Or is it a historical landmark?”

“Oh, I don’t know, Mom says the place is up for sale or something. No one’s in there if that’s what you mean. He wrote all those crazy stories up there you know, right in that room at the very top. The backyard is really creepy. I’ll take you there sometime…” he said, laughing low and bugging his eyes at me. I swatted his hand gently.

“You cad! Is that his room, the one with the fire?” What was taking Ellen and Joe so long? Maybe it would be nice if they didn’t show after all. A quiet evening watching a movie sounded good to me.

“What fire?” Mark asked edging into the window beside me.

I looked again; he was right, no fire. It had to be my imagination. Or the last rays of the sun blazing it’s reflection off the warped panes…but the sun had gone down an hour ago and the full moon was shining bright now. Maybe it was moonlight, I supposed, and turned my thoughts to our party plans.

As I peered into the dusk, avoiding looking at Lovecraft’s house again and feeling the curse crawl down the street, two dark figures scurried to the door below. The doorbell rang and Mark disappeared to let our guests in. We had his parents beautiful home to ourselves for the evening so naturally a party was necessary. Ellen brought the wine and we set appetizers out on the dining room table. Our parents would kill us if they knew, but at seventeen we ruled the world and gave little thought to consequences.

We soon took to eating, drinking and laughing uproariously. Mark was in fine form entertaining us with his crazy jokes and monster impersonations. I put my arm on his shoulder. However cold his room was, it must not have mattered since he was always feverish. It was his metabolism, he claimed. At almost six feet tall and thin as a rail, that was believable.

He ducked into the kitchen to pull the stuffed mushrooms out of the oven while Ellen and Joe sat locking lips on the white velvet loveseat. I opened a music box on the credenza that played a haunting tune, I couldn’t quite place it…

I heard Mark swear from the kitchen but Ellen and Joe were oblivious to everything. I thought he burned himself and was about to go to the bathroom for band- aids when he came into the living room crawling on his knees. Ellen and Joe slid off the couch to the floor and the room swirled with a thick green smoke that covered everything.

It blinded me for a moment, and then separated into strands and wavered. Then it flowed through the room and darted about in slow motion. What was Mark cooking? Was the stove on fire?!

“Mark?! Mark!” I called to him through the mist, falling to my knees to the clear air near the floor. It smelled like sulphur but he wasn’t cooking eggs. The house was burning down and his parents were going to be furious with us. Where was the front door again? As I crawled around the couch, Ellen and Joe got on their knees and the mist disappeared as quickly as it came, into all three of them, through their eyes, ears and mouths.

“Guys, did you see that?!” I screeched at them.

“No, I didn’t see a thing,” Mark growled, snarling and pawing the Oriental rug with his long fingers. His eyes shone with an unholy light and I gulped. Ellen writhed and pounced a little too close to me and Joe nudged her forward. They seemed like… like animals.

“Dear God, what the hell is going on?!” I shrieked.

They came closer and closer, circling me, making strange guttural noises. They smacked their lips flicking their tongues and there was a clicking sound coming from somewhere. Finally standing up, I dodged one of them and scrambled to the front door but my conscience kicked in; I had to save them. They were… howling. My stomach lurched. I had to do something.

Mark jumped to his feet and ran toward me.

“Karen, are you alright!?” he yelled.

Tears streamed down my face as the smoke swirled behind him and fled out the window. He looked normal again and I ran to his arms. Ellen and Joe stood up, snarls ravaging their faces. Mark shot me a look of horror and I pushed myself between them and him.

“Chilanto makan, venatak lo asvan!” I cried out at my friends transforming into the most bizarre things I’d ever seen.

Ellen shook and Joe slumped onto the couch. She fell at his side and green mist poured out of her eyes onto the floor and sped to the windows. Joe opened his mouth and it slithered out of him, too. They shivered for a moment, and then turned to stare at me.

“Karen, are you alright? What the heck are you saying?” Ellen said, fixing stray hairs that had come loose from her head band in the fray. She looked none the worse for the wear. Joe tucked in his shirt, his face turning red.

Mark held me as I stifled my sobs and tried to compose myself.

“You’re scaring me. That is the craziest thing I’ve ever seen.” I buried my face in Marks chest.

“What language are you speaking, we can’t understand you, sweetheart,” Mark said smoothing my hair with his hands.

“Umm, nothing, I’m speaking English, what are you saying?”

I relaxed realizing my friends were completely normal again.

Safe, we were all safe, finally.

“Whatever that was, it was cool,” Joe said. “But, what were you saying?”

“Look, guys, I was speaking English the whole time, I don’t know why you didn’t understand me unless that green stuff stopped your ears up…”

Ellen flipped her head sideways and stared at me. “I think I heard you, but you were saying something in another language. I heard you in my head in English. What was it? What green stuff? I didn’t see any green stuff. What have you been drinking, girl?”

“Nevermind. Maybe we should just have some more wine and play a board game, huh? I think I’ve had enough excitement for awhile. Mark, is there a decent movie on tonight?”

“Well, we can always take a walk to Lovecraft’s backyard tonight, that should be a hoot,” he offered.

“NO! I mean, I’d rather sit here with you guys and hang out. Are there any appetizers left?” Anything to stay away from that house. The curse had come from there, I was sure of it.

“Yes, help me get the other batch from the oven?”

Once in the kitchen I recovered more and tried to piece it together.

“Mark, do you believe in Lovecraft’s monsters?”

“Nah, I believe in monsters but I don’t think they were his. I think he just saw things. Scary things.”

“Yeah, maybe that’s why my bedroom is so cold. Spirits like to play around with humans sometimes.”

“Karen, did you see the looks on Ellen and Joe when they got up off the floor. What were they doing on the floor? They snarled. I saw something sort of drain out of them, did you see that?”

He had no clue he had been acting the same way moments before.

I ran to his arms and lifted my chin to look up into his clear brown eyes.  “Kiss me quick, baby. I don’t want to lose you again.”

“Again? What do you mean again? You’re not going to lose me, ever!”

He flashed me his best smile then, and gave me that cute little sideways look. The melodrama was thick and a welcome comfort at that point. Mark was back and green smoke be damned, we were going to have a good night anyway. I was more than a little relieved we all returned from the edge of hell, and not too sure how it happened, but I’ve heard Lovecraft was never as lucky.

This is a true story. The names have been changed to protect the innocent. H.P. Lovecraft’s stories were a mix of horror, fantasy, sci-fi and weird fiction. He claimed there is a world beyond us where beasties live that are incredibly evil. I don’t think he was entirely wrong. 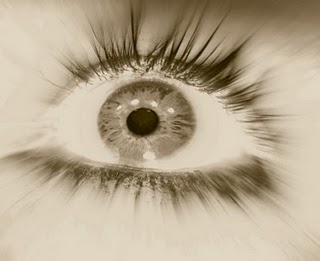 I'm a wife, mother, author and editor living in Boston, MA. I write a bit of everything but specialize in supernatural romance mystery and YA fantasy. We love homeschool. I'm an editor for MuseItUp Publishing and freelance.

Visit my writing blog at http://karenmcgrathauthor.blogspot.com