David was savvily understated in his reaction. A nod of acknowledgement, eyes fixed on hers, but cannily avoiding palpable evidence of eagerness. His eyebrows raised and his head tilted ever so slightly in implicit query. Was there more to offer? 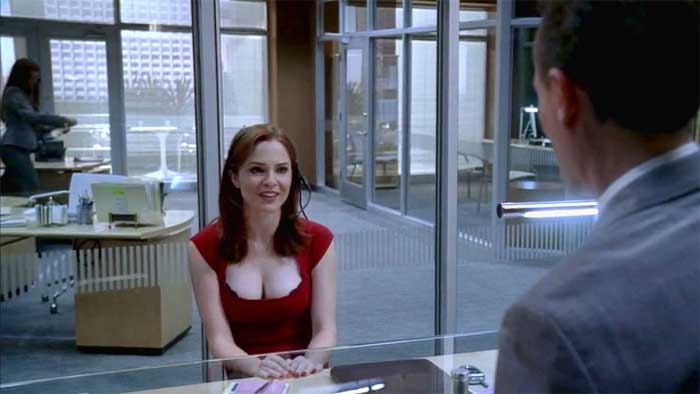 “Samantha, that is one of my favorite numbers to dial.”

He turned and casually walked out of the men’s cologne department, and then the store, without a look back.

David shook his head repeatedly as he strolled slowly, self-enclosed, along the busy, noisy avenue. It seemed to him incredible that he had never thought of it before. Three years, thus far, in graduate study of game theory without, until this very day, an attempt to cash in on the romantic potentialities. And yet the very first foray was apparently—nearly astonishingly–a smashing success. Almost too easy. Remarkable!

He stopped by his car, checked the parking meter to his satisfaction, then continued down the street, this time, armed with calculator, pad, and two pens, one black ink, one red. Surely some café or coffee house was near.

Settled comfortably inside at a table for two, David rather indifferently ordered a regular coffee and then worked something on the calculator, jotted down something with the black pen, and then leaned back smiling, smugness a portrait. “All too easy,” he nearly audibled.

Another short round on the calculator and then more black pen. Within 15 minutes the work was done. The result was in red: “Monday.” He would call next Monday, today being Tuesday.

“Some what?” the waiter asked.

“You said some….” the waiter went on, motioning in a circular fashion with his right hand to prompt his customer to repeat the order.

“Ha! Some zero that zero-sum—but it’s not an order. I’m sorry. May I please have the check?”

David walked more quickly out of the café and back to his car than he had traversed ground earlier, and did not notice as the waiter evinced more interest in his abrupt exit than in immediately mathematizing the modest cash tip left on the table, as was his custom.

The routine at David’s apartment was as usual for the following five days. There was reading, there was writing, there was some soft and serious music—and there was precious little else. The only divergence was so subtle that even a carefully reviewed videotape might well have missed it. He was steering clear of his one, traditional land line telephone, not even glancing its way–except perhaps once a day, but that with the most faint, fleeting, and self-satisfied of little looks.

Monday at exactly 12:45 P.M., as planned, he dialed the store’s general number, followed by the four-digit extension, and was not in the least surprised by a quick answer and a friendly female voice.

“This is Margaret. May I help you, Sir?”

“May I please speak with Samantha?”

Just Around the Corner