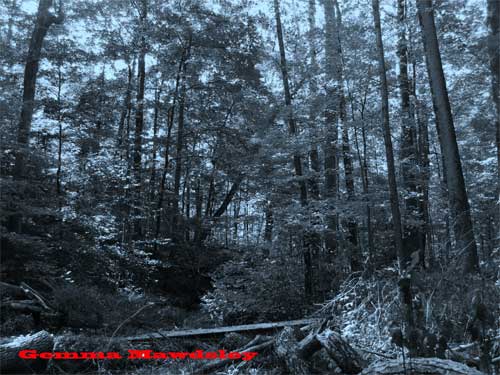 Bill had mentioned the Wailing Wood

in passing and I’ve heard stories about it since I was a child. I’ve seen it in the distance, but never thought anything about it, until now. It’s a strange group of trees, more copse than wood and stranger still; it grows on the edge of the bog. Since I’ve started to record Bill’s stories, I’ve grown wiser and now wear pants and flat shoes when I go out with him.