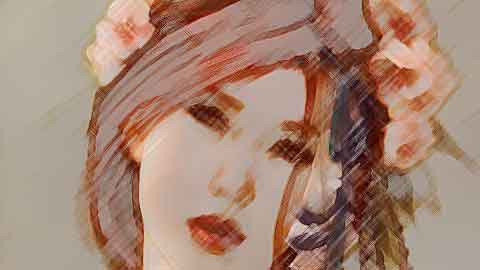 Trisha
I waved goodbye to Tyng. I felt very exhausted and the towel never seems to absorb my sweat. The irony of it all was that I’m becoming a vampire (if I believe what Dr. Carlisle said) and it is winter. Winter can be quite boring and this irritates me a lot because I need to be out and about. I wonder how do the people here can stand the snow.

“We better get back home,” Edmund said. “So who is going to drive the Jeep now?” Teva asked while wiping herself with a towel. Edmund dangled the keys for all of us to see. “Daphne and I actually wanted to take the bus back. We wanted to check out their public transport system,” Ling said. “May I tag along with the both of you? The transport system here might be better than the ones back home,” Amalina said. “I’ll come along too. To criticize,” piped Teva.

“All right. Who else?” Edward asked and glanced around. We were all already in the parking lot, outside our cars. “You coming?” Daphne asked me. I took time to consider.

“I think you guys go without me,” I said finally. “Oh ok. Have fun,” said Ling before looping her arm around Daphne’s and walked off. “Take care of our friend. She’s very fragile,” Teva said to Edmund. “Oh come on. Give me some credit. I can be violent when I have to,” I retorted. “I will. She is safe with me,” Edmund said and waved.

Edmund turned around to open the door for me. “That’s so sweet of you,” I teased while I climbed in. “Now that you’re in the car, you can close the door yourself,” Edmund said and walked off. He grinned evilly. My mouth dropped open. Unbelievable.

I struggled to reach out and managed to shut the door without falling. I could hear Edmund trying to stifle a laugh. He already started the engine but was still snickering beside me. “Are you going to drive or not?” I asked.

“You look funny when you tried to close the door,” he said while reversing the car. “Do you really want to go home straightaway?” he asked when I did not say anything back. “Where’s Edward and Bella going?” I asked when I saw Edward’s car going left. “That isn’t the way home,” I added.

“Edward is taking Bella out. Today is her birthday,” Edmund replied. “Why didn’t she tell us? We could have thrown her a party,” I said and looked at him. I was longing for a party to go to. All of us had been studying and doing the routine stuff for the past few months. I was desperate for a new activity.

“Bella dislikes parties, especially her birthday. You still haven’t gave me an answer. Do you want to go home straightaway?” Edmund asked. I jerked forward a little when he hit the brake. “What do you have in mind?” I asked. Edmund leaned back on his seat and tapped the steering wheel with his fingers.

“You haven’t eaten for breakfast so let’s have brunch now. We can plan while eating,” he said. The light turned green and we turned right. “I was thinking of spaghetti,” I replied when he asked what I wanted.

“Hmm, let me think,” he said thoughtfully and frowned. “Are you going to eat me?” I asked playfully. His expression immediately darkened. “Vampires drink blood. We don’t eat,” he replied coolly. “Humans,” he added after awhile.

“I know that vampires do not eat humans,” I argued when he kept silent until we reached the Italian restaurant. He got out of the car quickly. I was about to open mine but he got the door first. “I’m sorry. You made me angry. You started the topic that is..”

I shook my head in disbelief and made my way towards the restaurant. He caught up with me without any effort at all. “It’s not nice to me when we discuss your death,” Edmund said under his breath while he held the door ajar for me.

“And you look so good to eat now,” he said softly. My eyes flew wide open. I pushed him away and held my neck. Everyone in the restaurant stared at us. “Oh it’s nothing. Just scared my girlfriend,” Edmund said calmly. “It’s just a prank,” he added.

Both of us quickly sat near the window. “See what I mean? I don’t want you to be afraid of me, Trisha. Which is why I don’t want that particular topic to be dug up again,” he explained . While he was talking and looking at me, his hand flipped through the menu and stopped at a particular page for lasagnas.

“I thought Carlisle and Damien already made that clear.” Edmund kept his steely gaze and only looked away when a waiter poured two glasses of water for our table.

Carlisle and Damien set some rules to prevent any misunderstanding in the household. This was because it was their first time living in the same house with a number of humans. I forgot all about it.

I sighed in regret and frustration. “We can argue again if you want to. However, I was thinking that you would like to ice skate later. There is a rink nearby,” he said after we placed our orders.

I happily put on my white skates Melissa bought for me the other day. Edmund actually planned to take me skating everyday but I was always out with my friends. He put our skates in the jeep before we left this morning.

“Ready?” Edmund asked and held out his arms. I stretched out my arms and he pulled me up from the bench. I hobbled towards the entrance of the rink.

I skated round and round in the rink. There were a lot of kids skating around us. Edmund is very passionate about skating. He loves to skate, whether it’s on ice or skateboarding.

We skated for a long time. We only decided to go home when the rink was about to close. There were renovations going on in the rink.

This time Edmund closed the door for me. He placed our skates in the boot before climbing into the car. He adjusted the heater and made sure I get my seat belt on.

I was buckling myself up with the off-roading harness when Edmund’s cell rang. “Hello?” he said while reversing out of the parking lot. I got my buckle done and looked over at Edmund from the corner of my eyes. No one in their family calls unless it’s urgent. Most of the time, urgent means trouble.

Edmund frowned throughout the conversation. He reminds me of Edward when he does that. “Yeah, yeah. Don’t worry. We’re on the way back now. Yes. Bye,” Edmund ended the call and kept looking at the rearview mirror.

I looked back to check out whatever he saw but saw nothing. “Who called?” I asked.

“It sounded like an emergency,” I commented, trying to squeeze information out from him. I pushed my hair back, away from my face. My palms were cold but sweaty.

“I can’t tell you until I’m sure,” he said quietly and looked at the rearview mirror again. He was no longer frowning but was alert. He sat straighter. “How would be the time for you to talk all you want,” he said when it went too quiet.

“I’m curious. How would one know if they are vampires?” I asked without thinking twice. “You want to be one?” he questioned. I could not read his tone of voice. “Not really,” I replied.

“You haven’t answered my question. Anyway, the next question is how would you know if I do become a vampire,” I asked. “Obviously whatever the Casts wrote does not apply to the real vampires. You guys do not go through the fledgling stage, if you know what I mean,” I rambled on.

I looked at the back again when he checked the rearview mirror another time. I saw not a single car and looked back in front again, confused. “Well, you would smell different. It will hurt me to see you go through the painful transformation,” he replied. “Which is why I would do anything to keep you human,” he added as we were about to turn into the road leading straight up to the house.

“So you have to keep smelling me to check?” I asked. I was already having weird and funny thoughts about being sniffed at. Edmund chuckled. “That’s one way to put it,” he replied. He parked the Jeep in the garage.

The others were already waiting for us in the garage. They were all carrying backpacks and loading them into the car. “What did miss?” I asked as soon as I got out of the car. “Is this the surprise that Damien was talking about?”