March 15 —
Byron couldn’t remember how long it had been since he last laid eyes on his uncle Simon Macleay. Six years?

How swiftly time passed. His uncle waved to him in the Los Angeles airport arrival hall. Short and thickset, with soft wavy brown hair, Simon had shrunk, reminding him of Dustin Hoffman. 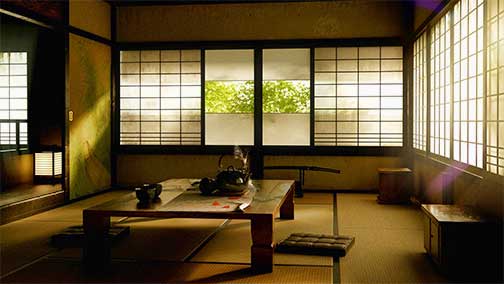 Byron extended a hand and after exchanging pleasantries, he asked about his cousins. “How’re the girls?”

“They’re fine. Jasmine’s two kids are growing fast. Daisy has just returned from her honeymoon in the Alaskan fjords.”

Byron hesitated for a moment. “And how’s Aunt Carol?”

Simon sighed. “The same. Two months ago, she thought she was a superwoman by climbing Mt.Everest, but broke her arm during the ascent. Now, she’s thinking of saving 130 million Japanese.”

Already feeling too intrusive, Byron wanted to wrap up with one last question. “How is she doing now?”

“She’s fully recovered and doing fine,” his uncle said as they strode to the parking lot, but his face flushed with irritation.

Byron knew his aunt and uncle’s relationship had been rocky for years. When they split, Simon fled to Tokyo, taking a teaching position at Bunyo College while Carol immersed in Buddhism, joining various rescue operations.

“I’ve booked dinner tomorrow’s evening in a restaurant for the three of us,” Simon said once he drove out of the airport. “So, what are your plans?”

“I’m set to finish my thesis on oceanic plates,” Byron said. “So I’d like to hear about the East before setting off to Tokyo.”

“Ha, I’ll take you to a nearby Japanese restaurant right away. I can answer all your questions then.”

Simon drove to the Yamato Steakhouse near his office. Once inside, two waitresses, wearing white and pink kimonos, hurried to welcome them. Both men removed their shoes, and after donning slippers, followed the waitresses to a table beside a low window.

Simon sat on the tatami floor, then pushed his legs into the leg trap under the table.

Byron followed his uncle but felt awkward: his long legs jammed beneath the low table. He struggled to sit upright and look presentable. He flushed as the waitresses’ cheerfulness compounded his uneasiness.

While one waitress poured sake into tiny delicate cups, the other took their orders. No doubt anticipating a sumptuous dinner, Simon chose a Sango. Byron ordered Syogun, hoping a taste of authentic cuisine might help acquaint him to Eastern culture.

Byron explained Wulfstein’s invitation and his recruitment by the Tokyo Earthquake Research Institute. But a few cups of sake had unwound his uncle, Byron didn’t mind just listening.

Using animated gestures, Simon spoke of his duties as an Asian Affairs Director at a local agency. His contacts with many Pacific Rim institutions presented Byron an informative briefing before heading off for Japan. Simon also chatted about interesting personalities he met along the way, on cultural shocks and human rights differences.

“It’s funny how often what we see as altruistic heroes,” Simon said, chuckling to himself, “are seen as loose idiots in the East.”

His uncle had always been serious and known as a tough talker. But as the conversation progressed and hearing the familiar spat out words, Byron began to see him in a whole new light—jovial and carefree.

After sipping more sake, Byron gazed through the window at the clear panorama. “It’s a glamorous city for angels.”

“If you live here you’ll realize it isn’t glamorous,” Simon said, “The crime rates keep rising, poverty is appalling, and an earthquake could hit at any moment.”

“Lives can be lost forever, but cities like Kobe were rebuilt after the quake, and so was Tokyo in 1923.”

“What about Katsuura and Kamakura?” Simon protested. “Those cities are still lying under the sea.”

Byron conceded with a sigh at the thought of those towns in eastern Honshu. “Any seaquake can create a tsunami and destroy a coastal city.”

“So tell me, when is it going to hit Los Angeles?”

Feeling more effect of the sake, Byron said, “It’s as unpredictable as Godzilla springing into life from the ocean depth, rumbling and trampling into the serene sky of California.”

“Get serious, Byron.” Simon glared at him, his hand grinding the butt of the knife against the table. “I’m not in the mood for a cheap shot. The world has spent billions and waited too long for an answer from the ivory towers, but you respond with this bullshit.”

The waitresses returned. They set small bowls and plates, artistically arranged, filled with prawns, scallops and seasoned vegetables. Simon had lobster meat with Yamato Soy sauce dressing, crabs and mussels. Both had teriyaki beef tenderloin and to top it all, each had a bowl of miso soup.

“We’re still studying quake theory,” Byron said, trying for a simple explanation. “It goes back to the foundation of its study. You know who Alfred Wegener was?”

“A German geophysicist. Tectonic plates are like floating monsters?”

Byron nodded. “Certainly, if that helps you to visualize.”

“It’s nothing strange. These tectonic plates need not collide with each other. They glide around, like dancers doing the paso doble.”

“An imaginative way of putting it, but we’re desperate for a damn answer.”

Still nervous and exasperated by his uncle’s tough talk, Byron’s hand shook. He tore into the crabmeat with his fingers and picked up a morsel of beef.

“Use the chopsticks,” Simon said, pointing, “or else you’re considered a barbarian. Can’t you see the food is already well sliced?”

“I’ve no problem with chopsticks,” Byron said as he picked them up. Then he drank his miso with a succession of loud slurps. “I’m probably a bit too excited about my trip.”

“What made you decide to go?”

“It’s a chance to complete my research. Also, Japan is a techno powerhouse.”

“That’s a mistake. If you want to do original research, you should expect to fail.”

“Those brilliant enough to have creative ideas are often dropouts from the Ivy League, it’s not all that grand to work in a university. It would be worse in Japan.”

“Sections of the Japan Trench have collapsed. I thought the Earthquake Research Institute with a link to TokyoUniversity would be a great place to start.”

“Precisely. Tokyo U, or any of their universities.”

“What are you saying?”

“Students only regurgitate what they memorize. Those places don’t stimulate the mind. Except for those making toys and gimmicks, where have they generated any fresh ideas?”

Byron shrugged. “Is it that bad?”

“Except for the arts, or unless you want to combine the East and West.”

What the hell was Simon talking about? Combining the East and West? Byron wanted to ask, but figured he’d only rile him up further. Feeling the briefing was more discouraging than edifying, he restrained from asking further questions, nodding most of the time, believing Japan was still the place to go.

For the rest of the evening, they chatted and drank. His uncle’s face had turned rosy, and their pace of conversation slowed.

Finally, Simon paid the bill and stood. Byron gave a satisfied belch before he cringed. He pulled one leg out from the leg trap, struggled with the other, and winced at the pins and needles he felt in both. Simon offered his hand. The smiling waitresses bowed and waved sayonara

Time slipped by quickly; it was past midnight when they arrived at the three-story Nirvana Complex. Simon parked his car in an underground garage and they staggered to his apartment on the ground floor. He showed Byron his guest room. “We’ll talk again tomorrow,” Simon said in parting.

A small twitching pain in Byron’s left toe troubled him. He tried to push it out of his mind by drawing back the drapes and looking out the window. A grassy park led from the sidewalk. The night was quiet, except for the crickets in rut, males attracting females by rubbing their wings.

A fringe of rocks and the long curve of hills lay beyond. The starry sky had disappeared; a half moon broke through the rifts of racing clouds. Tree branches swayed in a gentle breeze. But as the noise from the crickets grew louder, he drew the curtains to keep out the irritation.

The bed seemed inviting, yet restlessness stirred within; the bizarre pain in his toe kept troubling him.

Silence. Only the grandfather clock in the hallway, chiming every quarter, broke the peace.

An eerie shake startled Byron. A rattling noise. Another shake? A tremor! He checked his illuminated watch: two nineteen a.m. He grabbed his cell phone from his traveling bag and called the local seismologists at Caltech.

“We just had a 4.4 quake but nothing serious,” the seismologist said. “Its epicenter is somewhere in the San Gabriel mountains.”

Byron trudged back to bed, weary from a long day. Though the pain in his toe had finally subsided, he couldn’t sleep in the frightful silence, sensing there could be another rumble, and that it wouldn’t be small.

Pat Bertram Aug 19, 2022 1
She Says He Says Men and women both check out the other sex, but who does it more? Women. Recent research…
Writing