My memory of Christmas begins with my father sketching Christmas on our windows in the parlor. Following a sketch in white paint, he began adding all the vibrant colors of Christmas. One window would have Santa, another, an idyllic scene of a horse and sleigh in the woods, and for sure a religious scene with angels and God in the sky. 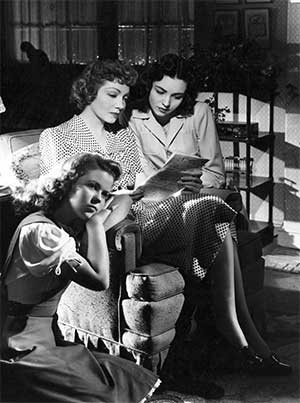 In every room he painted windows, including my bedroom and my brother’s.

One memory that remains until this day is washing all the colors away. I do know what its like to give a drawing, painting, or piece of art to anyone, while you create – you become a friend, like anything else it becomes part of you.

But my father took a picture of my brother and me in front of every window, those little square color photos, and then the last thing about Christmas was scrubbing the windows clean.

There was no question that my father is and was an excellent artist. While attending high school he was the recipient of a scholarship to Pratt Institute in New York City.

Unfortunately, he had to turn down the gift; the oldest of three boys without a father since the age of ten, working and helping the family became his future. Dad began working for the General Electric plant in Schenectady.

During his free time, he went to Union College where he received a degree in Metallurgy. His long career at the General Electric Plant ended when Dad became the first Italian American Mayor of Schenectady, New York.

You see dad was never selfish he gave whatever he had away, but he never gave up drawing. Every political function, every conference, each President he managed to see he made sure he had a drawing for their signature.

He has drawings of IKE and Nixon, Carter, Kennedy’s, Rockefeller, Roosevelt, Truman, and many more. He often told the story of shoving the piece of paper, with his drawing, beneath the nose of Ronald Reagan, and in the other hand a picture of Reagan when he came to Schenectady for the new WRGB Theatre.

Reagan smiled, posed for the picture with my father, and signed the drawing.

All of his work has some story such as this, some human part of Dad that made him the best Dad in the world. So, he kept most of his work, except for those drawings on the windows during the Christmas holiday, it was time to put Christmas to sleep, for another year.

I don’t remember when Dad stopped drawing on the windows, I do recall playing with new toys and posing in front of them, my brother blowing on some trumpet, or wearing a space helmet, and me banging on a drum, pointing to the window with a big smile on my face. He never knew how sad I was when they washed the color away.
Yes, growing up in the fifties was different, but exciting.

We learned about dishwashers, automatic coffee parts, color televisions and learned who was rich and who was poor. Even in the early 60’s very few television shows were in color. Gunsmoke and some other show where Elvis and the Beatles came to life, Ed Sullivan, that was it, and in living color, right in our living room.

Dad, Walt, and Phil once posed wearing a wig resembling the Beatles and pretended to strum one of our old play guitars and began moving around like Elvis, or singing like “I Want to Hold Your Hand.” I guess they really weren’t too sure if Elvis or the Beatles had longer hair.

The room, the living room, or the parlor, whatever you want to call it, was so active and full of life.  Mom would sit on the old red velvet couch, knitting. I can still see her hands moving quickly and hear the rubbing of two metallic sticks.

Mom took a break to take a puff on her cigarette then place it on the edge of a glass ashtray the shape of the first electric light blub from the General Electric Company; it would burn away, it was the sweater she was knitting that meant more. The smoke from the cigarette slowly crept up and up to reach the ceiling. Everyone in those days, smoked.

I remember sitting on the linoleum-covered floor, it was red and white and squeaked when crossing in rubber shoes. I would sit cross-legged on the linoleum, sometimes my thighs cold, other times, hot and sticking to the floor, but I was one of many sitting and staring at this square box, a new television.

The room packed with people and the sound on the television as loud as an announcer introduced all the players for one of the Yankee games. Mom kept box scores of every game, and always sitting on the left side of the sofa, and Walt on the right. Uncle Phil, from upstairs, sat in the middle of them on that old red couch. And Dad, he pulled a chair into the doorway from the kitchen, his arms stretched, touching either side of the door frame as if to allow only certain people into this arena.

If my brother was home, he would occupy the chair that never matched the couch. I never lasted on the floor sitting cross-legged for the entire game – I lost interest. I would slip beneath Dad’s arm and run my fingers across the wanes coating in the hallway then head to my bedroom – the bedroom off the kitchen where everyone gathered except when the Yankees were on television. Then, and only then was I in a quiet place.

Hank Quense Dec 4, 2014 0
NaNoWriMo Novels So, you finished up your NaNoWriMo novel. Congratulations, but what are you going to do with…
Publishing