This is a taster for the first short story in a long running series about a former glamour photographer called Mark Johnson, who turns demon hunter. The series is in its eighteenth story at the moment, and ties in with another series of mine starting with ‘Fight or flight.’

Again an interesting story goes with this tale, my tutor at Writer’s Bureau told me, he could not pitch the story to an editor as he did not know how to. He told me, I cannot write a saleable book. I heard a few days ago from Vancouver editor Karin Abel ( Abandoned Towers ), that she is really keen on this idea of mine. Again the value of contacts and blogs shows; he had few contacts whereas some of mine are coming in very useful.

The wind in your face. 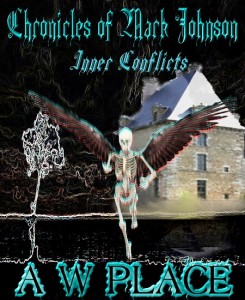 The man sitting on the cliff top at the edge of his garden, taking photographs of birds as they swooped and divied, looked calm and in his element. Until the phone rang. The phone call brought back inside the house, which was a good start for Mark Johnson who begrudged spending time indoors. After many years working in laboratories and studios trying to make a name for himself, he longed for the air.
“Hello, Phil.”
“Mark! When are you going to do some high profile work again? This damn phone is ringing off the hook for you?”
Further introduction was not needed. Phil Moore, a long time friend, was the only person who had the reclusive Mark’s phone number.
“Well, you know my philosophy, Phil, so you can feed them whatever BS you want. I do not do celebrity shoots, models, or work for tabloids. When I take a shoot it has to be for real. Not because someone needs to be in the limelight for a while! When I get a real shoot I will come back from obscurity-then and only then, Phil !”
“I just don’t get you, man! Top of the class in photo-journalism; agents calling me for you to shoot their people, you could be out there with the lights on you, making so much more of your talents than selling the odd article here and there.”
“You hit the nail on the head, when you said photo-journalism Phil. I do picture stories, not pretties for the glams and tabloids. That part of my work is what drove me here if you remember. I found it soul destroying and sickeningly shallow.”
“As well maybe, Mark, but it is the best paid work, and you are the best. They all want you mate.”
“They can want all they like, my friend, but until I get something that can arouse my spirit, I am content as I am. The stories I sell allow me what little pleasures I require-a roof over my head, food in the freezer, some music to listen to, and the pleasure of being out here with the elements.”
“That’s something else I never got about you. Mark. How, when you can make such a lot, you are happy with next to nothing?”
“I just never got into the wanting all the trappings of fame. The story is what it is about, Phil. I am a photo-journalist first and foremost. If the shots don’t tell a part of the story, then I have failed. I know I can make my name, have lots of money and fame, but for me it was never about that. For me it has always been about the shots.”
“I can’t tempt you,then? Not even with a trip to Italy for 3 weeks in the sun, with masses of pretty girls to shoot then.”
“No. You can treble any offer made, I am not interested. Never was, never will be. Those that chase that style can keep it. I am doing what I like now. I stuck with that false crowd for four or five years when I had to get started. Every night I ached to take real pictures-stories that would do my art justice.”
“All the years I have known you Mark ,you have never changed.  Through colleges,courses and afterwards, money was never your driving force was it?”
“No, you have that right, Phil. I would rather struggle along selling a few stories and being true to who I am, than clicking for magazines, just to show how pretty a lady is. If she is that pretty then let it shine through. So many of them just love themselves and I cannot abide their shallow lives. Out here with the wind and rain, watching the birds and animals, this is what I am all about, Phil. If you get an interesting story for me, please let me know. As for any offers for celebrity shoots, feed them the BS you feel is right.”