The radio broadcast on that evening was about the famous rock singer that was almost as popular as King Elvis.

The guy had the mysterious, dark kind of beauty of an underworld god, and his last show “Magic Umbrellas” was such a tremendous success that all teen girls were in love with him and most teen boys wanted to be like him. 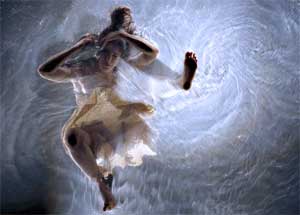 With such an adoring fandom, I was expecting listenership figures to break records and I was prepared for anything – apart from what actually happened that night.

The singer was sitting beside me and we were chatting casually before the show was scheduled to start. He was a nice fellow; talking to him was pleasant.

I was about to tell him that getting along with each other the way we did was a good omen for the show when Liz, the station secretary, entered the studio, stared at the guy with her eyes wide open, and uttered a loud shout as if she had seen a fairy king or one of his acolytes.

The one who brings dreams to kids!!!! I remember the stories mommy used to tell me about you and your magic umbrellas. Before sleeping, I’d think of you holding a huge mushroom-like umbrella above my head and I’d always have strange, nice dreams…”

I was going to give a sarcastic comment about Lizzy’s relation to weird mushrooms and ask her to leave our guest alone and go and digest her hallucinogenic stuff elsewhere. But once more, before I opened my mouth, the singer gave Liz a lovely smile, took out of his pocket something like glittering dust, and blew on it.

The stuff glimmered and, before I knew what was going on, the studio was filled with stars. Not the bright substance they use on a Christmas card – real stars like the ones in the night sky.

I stared stupidly at the rock star who sat beside me, at the stardust that had invaded the place, and at Liz, who clapped her hands smiling like a kid who saw her favorite cartoon movie coming to life. There must be a rational explanation for this.

A rock star probably knows one or two illusionist tricks, right? I clung to this idea as the stars were fading away. I was about to give the signal to start the show when Larry – one of the sound technicians – left his post and stepped close to my guest.

“I know you too,” said Larry. “Grandma Gil told me about you and your umbrella and how you open it to show lovely images to good kids and ugly images or nothing to punish the evil ones. Yeah, I thought of your umbrella like a flower; its petals changed colors and they brought in my mind pictures out of fairy tales.

And music… There was always music in my dreams. Often, I forgot the colors when I woke up, but I always remembered the music… well – almost always…”

What the Hell was going on here? Had they all conspired to set up a hoax? Yeah, that was it!!! Liz and Larry with their mad stories about dream-umbrellas and the singer with his magic tricks –they just wanted to make me look like a fool, but if they thought I’d fall into their silly trap, they were wrong; I wasn’t the kind to be easily deceived or impressed. To start with, I was extremely rational.

Besides, having worked so long for a radio station, I had learned a few things about prestidigitators and mentalists. I have had a few celebrities in those areas as guests at my previous shows; I had seen how they worked on people’s minds…

Well, all this hocus-pocus – mostly fraud- was nothing like what happened after Larry talked to the singer.

The elegant electric lamp on the table slowly changed – it became blurred and its light shuddered until it took the shape of a moon. A real tiny moon had replaced the lamp in the studio. At the same time, the full moon that shone on the night sky turned into… a magic lantern! A huge Chinese lantern in bright orange colors painted with shadows and calligraphy motives.

But the shadows on the lantern were not mere paintings; they shape-shifted and they moved and they played with the calligraphy motives, transforming them into lacey scarves or long ribbons or other items that they used to dance or play or interact with each other.

The shadow puppets looked as if genuinely alive. Now, what kind of illusion could bring the moon into the room and replace it with a shadow-play lantern in the sky? I could not find any rational explanation to this. I had lost my words and I was about to lose my mind.

It looked like my own brain had been turned into a lantern. The translucent creatures painted on it gave a performance, the meaning of which escaped me. Incompatible with common sense, it rather followed the logic of dreams or hallucinations.

Later I was told that the show was a success. I received praise and congratulations without reacting. Everybody said how great I had been, but I could not remember a thing; the only thing in my mind was the huge magic lantern that had replaced the moon.

After that night, I can no longer stay in the darkness; I have to keep a light on in my bedroom even while sleeping. I have weird dreams. Sometimes the dream features the rock star blowing on brilliant dust that transforms into stars. Or I am watching a show where invisible people hold magic umbrellas shaped like mushrooms or flowers or huge, bizarre jewels.

Sometimes, images out of those dreams come into my mind while I am working; I have to struggle to keep my self-control and focus on the show.

I have often wondered whether they put something in my coffee that night. I only drink coffee I bring from home; I only eat food that I prepare myself. I gave up trying to find a rational explanation for what happened.

The psychiatrist I visited told me that I was probably overwhelmed with stress. I would like to believe this, but deep inside me, I know that something eerie that I will never be able to understand happened that night. I try not to think too much about this or I’ll go insane. I also keep as far away as possible from lanterns and umbrellas.

Yesterday night, on my way back at home, I glanced at the moon. I wanted to make sure it was not a lantern or some other crazy stuff. The sky was cloudless; it was not raining.

I heard an umbrella opening close to me. I looked around, but I saw nobody. The moon had changed; it looked like Little Moon, the lovely drawing in my favorite fairy tale when I was a child. Little Moon was a lovely face on the sky that protected the children from nightmares. I sensed an invisible umbrella above my head; a scent of night flowers filled the air and Little Moon smiled and knowingly winked at me.