Uncle Patricio had a shady past—if you believe Mamá, Father Juan Pablo, or most of the folks in town. My time with him was closely monitored, lest something unsavory should rub off on me.

But he was my uncle, after all. And the deliberate attempt made to shroud his earlier life only served to intrigue me. 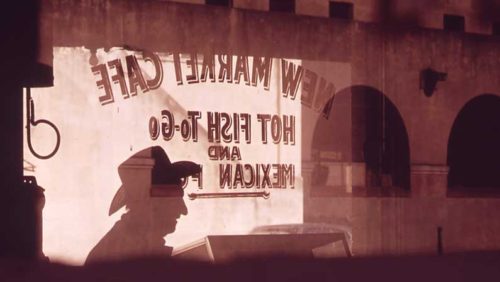 In all likelihood, I was Uncle Patricio’s only genuine friend, but we had an understanding. Little was said between us. Possibly, he feared if he took too much interest in chumming around with me, it would arouse suspicions and Mamá’s protective nature.

He contributed little to our tiny family, and it would have been simple enough for Mamá to boot the freeloader out with the full blessings of the town folk.

So I kept things low key, went to church, did Mamá’s bidding to the best of my mischievous-boy ability, stayed off the radar.

It taught me to be perceptive. That’s how I know mi tío would have wanted me to learn the secret of the kite-shaped box, the antique silver key, and the history of our family.

Deep in my bones, I feel we had once been something more than an abandoned wife and child eking out an existence in a run-down shack in an obscure town, housing a relative down on his luck out of God-fearing charity.

I check my clothes and they are almost dry. I have been sitting on this rock a long time, turning the old key over and over in my hands. Well, mi tío Patricio, what now?

I spring so high I nearly miss the rock on my way down and fall into the stream. I look around wildly, but no one is there.

“Over here,” says the voice. A familiar voice.

My gaze sweeps along the edge of the wooded area. A flicker draws me. There. In the darkest part, something wavers, warps, like air rising from a sunbaked road, but it is pale and smoky.

Timidly, I slip from the rock without taking my eyes off the spot in the undergrowth, scoop up the kite-shaped box on its chain with one hand—the box dangles open—and grip the key in the other. And I’m in my underwear.

“Well, of course. Who’d you expect? We have unfinished business, you and I.”

Unable to find my voice, I hold out the key. I creep closer. I think I see his face against the green-black shrubbery.

“Bueno, you have done well, Emilio.”

I see his face now, in the bushes, disembodied. But then he rises and I think I can see him standing.

“Develop a stutter after my death, chico?”

I shake myself to snap out of it and speak in a stronger voice. “No, Tío. This key.” I hold it higher. “What’s it for?”

“You must find a way. As you can see, I can’t take you.” Uncle Patricio grins, motions at himself with both hands, and shrugs. “I can go along, but I can’t get you there.”

“Only those who need me, and those who believe in me.” His grin fades away. “Prob’ly only you.”

I slink back to the graveyard for my stash of food, jacket, and blanket. The chill nights’ll be worse in the desert.

“Take the train,” Uncle Patricio says at my ear.

If I show up at home now, it will be hard to get away again.

Slipping in and out of the day’s lengthening shadows and avoiding people as much as possible, I make it to the train yard at the edge of town and hide.

“That one.” My uncle’s spectral form points. “And now we wait.”

So under the cover of darkness, I board.

The train’s been cleared for departure. Before it gathers speed, I jump on and climb the metal ladder to the top of the car, where I flatten myself to become one with the paint, holding onto whatever I can. I have no idea where Uncle Patricio is, but I have faith he is taking this journey with me.

The land transforms under the night sky. Stunted trees transition into shrubs. Sand replaces meadow. Thistles and cacti conquer the plain. Cliff faces appear in the distance. The train races on.

“I remember this route,” I say, hoping Uncle Patricio is listening. Do ghosts sleep? I really don’t know.

“I drove you here in that truck I borrowed.” The voice is somewhere above me.

I chuckle. “Without permission.”

“What are we looking for?”

“You remember. The mountain with the skull.”

I shudder. It scared me back then.

I rest my left ear on my arm. I must watch my right side for when the skull is perpendicular to the track. There should be remnants of an old dirt road. I figure it may be hard to see after all these years, but the moon is shining over the desert plain.

I’m almost asleep, with the wind rushing over me, the steady clickety-clack lulling me, when I glimpse the skull mountain. It takes a moment to register in my foggy head, but then my eyes snap open, meeting the sightless stare of the eye sockets. Two entrances to the mine are on this side, and one of them leads to Mineshaft Four.

I have to get off.

I lift my head and watch the coarse sand whiz by. Oh, God.

“Didn’t plan this part out so good, did you?” Mi tío’s voice is all around me.

I clutch my makeshift sack and place my feet on the ladder, climbing down gingerly. The desert world hurtles past. Why did I assume I could just jump?

I have to jump. No other way. I wait for what looks like softer sand, minus cacti. I mouth a prayer, make my leap, and roll.

The world spins. I’m chewing sand. I scrape my face and my shoulder.

I take a beating but don’t break any bones. I rise and brush the dust away, recover my impaled sack from a cactus several yards away.

He appears a translucent form through which I view the desert.

“You need to find the road.”

Night is more than half over and I’m exhausted. The mountain looms large before me. The mine is farther than it appeared, but perhaps I can rest now. I’m far from people; no one will find me to take me back to my poor, worried Mamá. Or worse.

I wake, shivering by a cactus in the pre-dawn light. I’m curled into a ball under my blanket with my collar tugged halfway up my face.

Stiffly, I rise and rifle through my food.

I glare at him. He knows better.

“Shoulda pinched some back at the station.”

I eat sparingly, sitting and chewing slowly before stumbling to my feet to continue my trudge along the faded road, kicking up clouds of dust kissed pink by the sunrise.

Closer to the mountain, the vegetation thickens, but much of it is dry and brittle. To my surprise and relief, a staircase is built into the mountainside, hewn from the rock. Climbing up the mountain to an eye socket may well be the easiest part of my journey.

The steps end. A ladder lies at the chin of the skull. I erect it.

“What are you waiting for?”

I don’t tell him I’m savoring my last moments above ground, in the light.