To many successful baby-boomers this is a walk down memory lane. Generations X and Y will find parallels to their own time.

The story leads from the drug filled shores of San Francisco’s Haight Ashbury to the power elite of Washington D.C., on a flower child’s journey into womanhood. The reader will walk with Jacqueline as she experiences the sexual revolution, then living, loving and fleeing the men of the United States government. 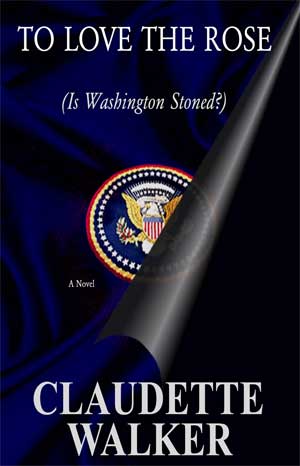 Falling in love with a Jewish CIA Explosive Expert who has spun his career appearance into writing, arguing and winning Appellate Briefs for the United States Government. He is then chosen as the first  possible Jewish candidate for the presidency of the United States. During this time he is treated for cancer and becomes a mad man telling the secrets of his covert career to his wife and leaving her in possession of 35 tapes detailing his covert operations. Leaving her vulnerable to the CIA, Mossad and more.

Technology has given us a new word, and now a new series of steamy romantic espionage books.
“HAK.int” Hacking Intelligence…  Secret information, especially of a military or political nature, obtained by breaking into a computer system.

Review by P.J. Schott
Danielle Steel meets Tom Clancy… is how I describe this book to my friends who have not read it. To my enormous delight, I recently discovered Claudette Walker, now hot on the block of international political thrillers. Thank God “To Love The Rose” has a sequel, since I grew extremely attached to her characters, all of which were developed exquisitely. Claudette Walker’s excellent sense of place fittingly took me back to some of my old haunts …

San Francisco, Washington D.C,, Florida, and New York City. Her depiction of the U.S. political climate, as well as the U.S. role on the world stage is spot on. “To Love The Rose” provides an insider’s view of power, high finance, government and the people who live in these worlds. I am now reading Walker’s second book, “C Street” with even greater amazement at her knowledge of global intrigue and high-level maneuvers.

I have always believed that to pursue truth one must read fiction and there is much truth in this extraordinary author’s romantic thriller.

Randy Mitchell Mar 14, 2013 5
To an unknown writer like myself, I was virtually lost while attempting to craft my first manuscript. I had a story…
Publishing