Intro: Sons in the Clouds

Most have experienced it: staying with the same person no matter how bad and unhealthy a relationship becomes, hoping against the odds that things will eventually get better, allowing love to prevail.

Some look to God, wish upon a star, or seek out and counsel with every psychologist around to heal the broken seams, replace bad with good, take another drink of love potion which brought bodies together in the first place, and inflame the sparks both felt while first meeting. But realistically, sometimes the right thing to do is walk away early on before you wake up one morning, aged, staring in the mirror, wearing nothing but tattered scars both inside and out.

In my novel, Sons in the Clouds, I created two male protagonists. One was very fortunate at an early age to meet the woman of his dreams. They shared a special love and bond which stood the test of time no matter what. They loved, played, respected, trusted, and were completely devoted to each other. They were inseparable from their first moments and the chemistry between them was filled with those rare, indescribable ingredients we all dream of experiencing. The other fell hard for the wrong woman. She secretly lied, and stole a great piece of his heart when all he wanted was to be the best man he could be to her. For a long time he wanted to have faith in the relationship. He clung to the idea of her, the dream of sailing off into the sunset hand-in-hand and arm-in-arm while just knowing inside that she was the one. He loved her, deeply, but her love wasn’t exactly on the same page as his. Later, and after much time had swept by, the truth of who she really was finally became known. Reluctantly and painfully he walked away, taking his battered heart and learning to eventually let it go, freeing himself to find the right partner and share a mutual love. It was hard for him because he wanted to trust in her so badly; that she was the answer to his eternal happiness. Fortunately for him, the signs from God finally slapped him in the face, forcing him to place her in his back window. He became a much better man for it, and used the mistakes of his past to apply towards the future. In a way he was lucky, he was still a very young man with a full road ahead. But for many in normal life, the emotional boundaries are extremely hard to break. 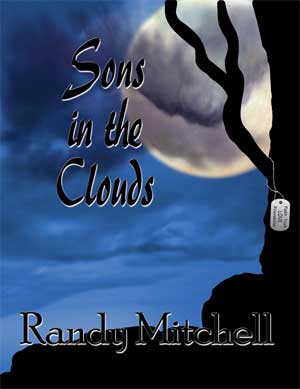 How many times has this happened to us all? A girlfriend, boyfriend, husband or wife enter our lives and spin us out of control, only to dismantle us piece by piece and steal a part of who we are. We let them get away with it because we want to believe so badly that they’re the one. We can’t let go because whatever it was which drew us in has some certain irresistible grip not easily shaken away. Sometimes months, even years go by before seeing the light and summoning the courage to open the door and run to the other side. By then, the scars are oftentimes running deep, zapping our energy, taking much time to heal. We knew better, and secretly felt inside it would definitely end one day. The omnipresent signs were everywhere: lack of trust, respect, communication, lingering grudges, sometimes infidelity. Yet, letting go of love is never an easy battle to win because everyone wants it so badly. And like flakes of gold found deep inside mountains of earth, true love is the ultimate in human discovery.

I’ve known many who’ve stayed in relationships for long periods of time which weren’t healthy. They have their reasons and it’s certainly their right to do so. And I’m not immune, believe me. So, why do so many do it? The biggest reason that I can see is we, as human beings, love a challenge and don’t want to loose at anything, especially when it comes to matters of the heart. And then there is the investment in time we hate seeing wasted. The agonizing over starting over with someone new, dragging ourselves back into that crazy dating scene, and the exhaustive tasks of sorting through the faces before discovering that certain spark once again. Besides food and water, sex and love are human beings basic needs. Kind of places it all into perspective, no?

Falling for the wrong person is a mistake everyone makes sooner or later. It’s simply a part of life until you find your true soul mate, and even then, the road will never be completely paved with gold. Relationships are always an open textbook devoted to teaching you what you want, a test of fate, a learning experience growing into the couple God has planned. Many are lucky and find the true one right off the bat, for others, trial and error comes before moving in the right direction.

I hope, for you, your dreams of love come early.