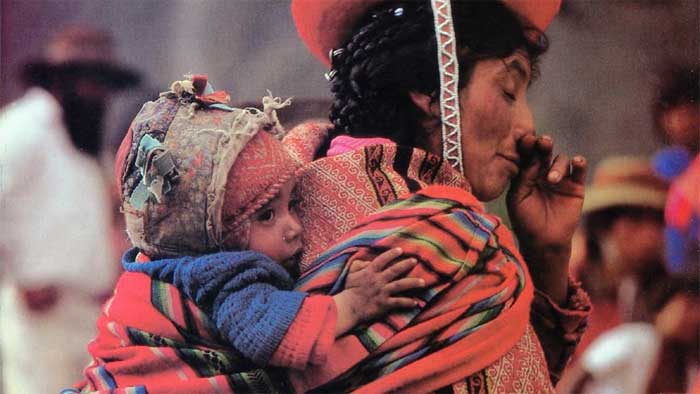 I was twenty-six when I set out into the unknown.  Up to that point, I had either lived with relatives or with my husband and children surrounded by relatives on my own or my husband’s family.

When we moved upstate New York, my husband’s older sisters lived in that area and he had grown up there so we were surrounded by his schoolmates and friends.  Everything and everyone was new to me but since it was a homecoming of sorts for my husband, I was pulled along in the tide; I was automatically accepted.

Now, walking away from friends and family and as a wife of a serviceman, I was becoming a very small cog in the wheel of the United States Navy; a daunting prospect.  My husband would have his work to occupy his days.  I had an almost four-year-old to entertain and be entertained by.

I came from a full-time demanding administrative position and a ten-room home, moving into a two-bedroom single-wide mobile home.  In 1971 mobile homes were called trailers.

For its smallness in comparison to the house, it was efficient.  There were more cupboards in the kitchen, and closets in the living, and bedroom areas than we had in the ten-room home.  All of our belongings we self hauled were put away with room to spare.

My days now consisted of getting one child off to school which meant dressing two children to go into the elements.  Elements that were not as cold but much more bitter.  We lived in Park City near the Great Lakes Naval Base.  Our trailer was next to the last in the row on the western side; right at the edge of the dip in the road.

The weather was a challenge.  First, it would snow, then rain, turning to ice, and again the process started over.  We walked to the other end of the row to meet the school bus twice a day, five days a week.  The road was always so icy we could not walk on it without falling which left the walking to the ice-encrusted snowbanks along the edge of the road.

The six-year-old navigated well while his mother and almost four-year-old brother had a little harder go at it.  Several times the younger brother sank out of sight; fortunately holding tight to my hand, hauling him out was accomplished in a fairly swift motion.

That dip was at first a focus of concern, as we watched cars hit the patch of everlasting ice, spin in circles, and then shoot out into the adjacent by-road.  It usually happened to the smaller cars but they never shot sideways into a trailer and the drivers never learned to slow down to avoid the spin and spew.

During the period of time, we were in the trailer awaiting base housing, I learned to cook and actually keep the kitchen clean by timely washing the dishes, I so despised.  I imagine I had the cleanest trailer on the row as I seemed to be the only person that was a remain-at-home mom.  Because everything had a place to be put, it was always neat.

I took to washing and waxing the paneling; that would be after reading but since I was an active person even in my administrative position while working, I could not acclimate myself to the relative quietness of having only one child in the home most of the day and a half that was spent with him taking a nap and me sitting.

I was too restless.  I wrote long and many letters; happy to get back one to ten sent in correspondence.

There was no television and I had not had an interest in the ‘soaps’ after watching for a couple of years and being away for an equal amount of time, but I did miss the occasional game show.  The isolation was a drastic change.

When my husband mentioned he would like to ask some buddies from the base to celebrate Thanksgiving with us, I jumped at the opportunity even though they were only going to be single guys gracing the table.  Most were still in their teens so it would be like entertaining my younger brothers-in-law.  As it turned out, it was vastly different than planned.

All but one were able to have friends or relatives come to see them or to go home for the weekend.  But there was one that was on his own and he and his new bride of less than a year were to spend this holiday alone;  more alone than we, since they had no children.

She was not a stay-at-home wife, however.  She worked full time and to this, I could not only relate but I looked forward to conversing with her since it was a relatively short time since I had been wrenched from the workforce and thrust into housewifery.

Now, if you have been reading this series, I started out saying my goal in life had been a full-time housewife and mother.   That was a goal that was not achieved in those seven years of marriage.

My husband came from a family where the wives were expected to work, not so much for the added income, but for the use of one’s knowledge outside the home setting.  Yes, it was expected within the home too but that was a matter of course, not the main menu.

I, more than likely, wanted to be a housewife because my grandmother, even though she worked, it was a home-based type of job and she was always available to soothe, help, or correct when needed.  She was a strong woman in body and mind and I looked to her tutelage.

When you train an animal or a human to go in a certain direction whether or not it is counter to their original wants, a different mindset is achieved.

After years in working outside the home {I had started at eleven with babysitting and got my first part-time, after school job at sixteen}, it was hard to do a turn around into a role that I may have wanted at one time, but one I really did not know its downside.

I could cook.  I could clean. I could be a playmate, nurse, referee, disciplinarian, and all other roles called for being a mother but I could not fill my day with deadlines that insured the adrenaline to course through my veins giving the satisfaction I experienced in performing because I was a type-A personality; still am, to a certain degree.

We had been given formal dishes which seldom were used so preparation in presenting a ‘beautiful’ table had to start with washing all those dishes and glasses and cups and, and…

Finally, the day arrived!  Getting up early to put the turkey in the oven to slowly cook for hours after stuffing with sausage, veggies, and spices: a recipe handed down by an aunt.

I had learned to make three dishes: the aforementioned stuffing, pizza, macaroni, and tuna fish.  Fortunately, my husband liked all three.  The rest were, for the most part, burnt offerings.  I caught him one day telling a pal I treated him like a Greek god.  It hasn’t changed too much over the years.

I’ve got to learn to stay in the kitchen when cooking or get a much louder timer.  My cookies go by the name of Hockey Pucks But They’re Tasty {and crunchy, said sotto voce}.

Forty years ago, stuffing went into the turkey or chicken to be quickly removed into a serving dish.  Today, due to health concerns, we put it into a separate baking dish.  I always made extra anyway so leaving the bird bare has not been a hardship; rather a boon.

Then the table to be dressed starting with the lacy cloth; followed by the ‘good dishes’ – the china with the silver trim, matching glasses, and the silverware given by his Dad and Mom as a wedding gift.

I still have some of the silverware after forty-five years but the china and glasses have gone on to crockery and glass heaven.  I wanted to have candles but settled for them being unlit as the two boys, ages four and six were to join us and I wanted an emblazing conversational evening, not a trailer warming.

I remember the gaiety, the sharing of food, the clinking of glasses.  The boys had their once-a-year watered-down sip of wine to toast the thanks we all had for being together and the bounty we so richly had.  The saying of Grace.  I can remember the guests’ names and what they looked like but I cannot remember too much of our conversations.

All was, even to this day, overshadowed by her and I clear the table after we had amply indulged ending with the dessert she brought and dissolving into tears because this was the first time either of us realized we were the adults, not our parents; we were in a strange city with few friends.

We did not keep in touch as our husbands eventually were stationed in different parts of the country so I do not know how she coped being a Navy wife; I learned to adapt.