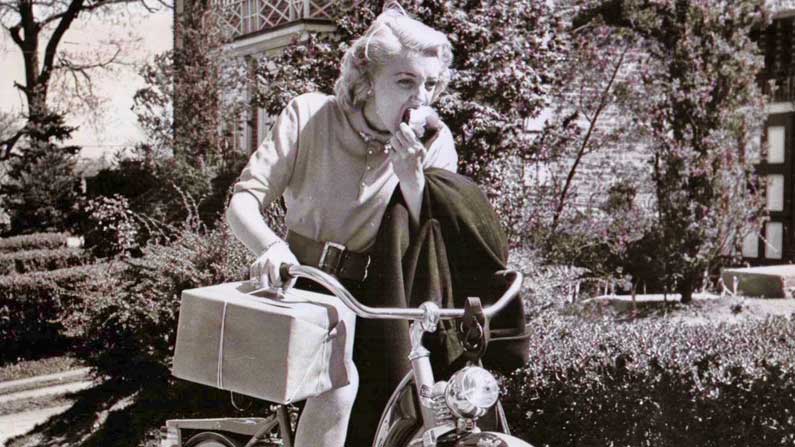 I grew up during a time when arguing politics

was a local thing. I never heard about all those issues children are faced with today. Instead, I heard about the water in the park and was it suitable for children to swim there.
And those school playgrounds, where they inspected for rust on a merry-go-round

ut, the only way we can see a little part of yesterday is through our memory, and this is one day I will never forget – before everyone owned a car, let alone two cars. A time when a new bike cost too much money, and when I believed everything a parent told me, especially about having bad ankles. I think it was about the time in my mind I questioned medical men.

The children in my neighborhood were riding bikes, roller-skating, sledding, ice-skating, and were good at what they did. I put on my ice skates and my mother added ugly brown ankle straps that covered new, white leather, all my enthusiasm for the sport ended up buried in the snow near where I sat.

My weak ankles were on my mother’s mind, and she made sure she never left those straps home, believing brown ugly straps would give me added support, and strengthen my ankles. Those straps made me sit on the sideline of Steinmetz Park, at the top of Goose Hill, in our neighborhood, as I waited for my mother and brother to finish up having a good time – while I etched words in the snow.

All the neighborhood children were riding new bikes, but I had to use an antique one, borrowed from my mother’s sister. It was huge, with massive covers on the tires and spray-painted a putrid shade of green. Both mother and father told me I was not too good at riding a bike; I was distracted easily. I rode too close to the curb or wasn’t close enough, or late turning the front tire when I entered the road. I rarely rode bikes with any friends.

Instead, I rode in the market lot across from our home where my mother could watch from the kitchen window. No matter what I did or tried to correct while peddling a bike, something would go wrong. One day, late in the afternoon, I flipped off the seat of that bike and fell hard onto the ground in the market lot. When my mother looked out the kitchen window, I had already lifted the bike and began dragging it across the road with blood gushing down my left leg.

Mother came rushing outside dressed in some fancy dress, she was on her way with father to some dinner, but she knew by looking my leg it needed stitches. Daddy kept telling us he was going to buy a car, but he still walked, took the bus, and we were left, car-less – but now we needed to find someone to bring us to the Hospital on the Hill, so daddy dashed across the street to fetch his friend and we all piled inside.

I kept holding a cloth to the cut; mother was afraid we would ruin the upholstery of their friend’s car. I was brought into the emergency area when medical men quickly assessed the wound, telling my parents while I listened, it was too deep, and filled with dirt and soot from where I fell, it would have to pass through the leg and all those splinters come out the bottom of my foot.

Those two men in white coats looked at me, “No needles or stitches, but you have to walk on crutches.” It would be a month before the cut would close, and I stopped walking around with wooden sticks. I already learned; medical men can tell you anything and the one hurting believes them.

I grew up wearing black patent leather shoes and pretty little dresses each one perfectly pressed. I grew up watching a black and white television when my mother was not engrossed with Love of Life. I played alone most of the time, teaching my paper dolls how to stare. I stared at the moon and stars, dreaming about flying. I never asked my mother if she too wanted to fly. I wondered why birds were born with wings – it sure would beat that antique bike or those ugly ankle straps.

Pat Bertram Nov 12, 2012 5
Your Background and Your Writing I always thought I’d be a writer, so when I was twenty-five, I quit a job to…
Publishing