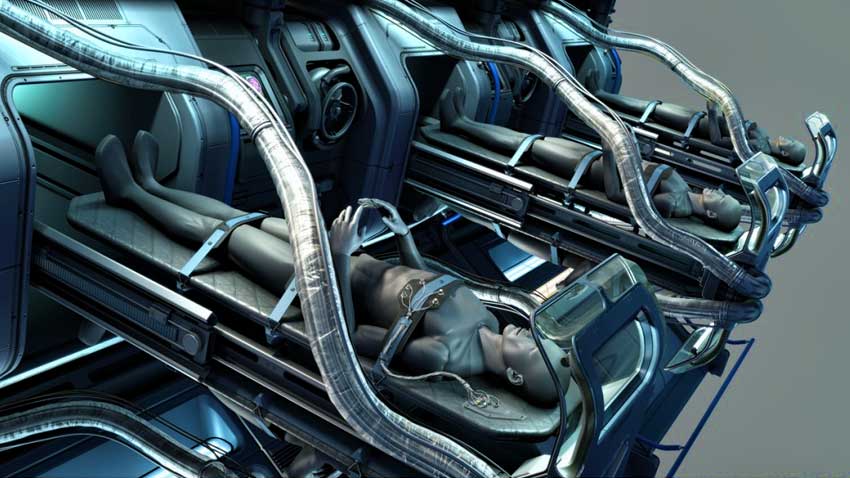 I glanced down to the bottom of the bed where her foot was sticking out from under the sheet, and she was wiggling her toes. Sure enough, gone. “When did that happen?”

“Get real, Fran.” I climbed out of bed and checked the floor, then under the sheet. I pulled the sheet off the bed, and she grabbed it to her chest.

“Yeah, well, we weren’t designed to last forever now, were we?” I thought a few minutes, “Get up and take it to Mike, the Janitor downstairs; maybe he can fix it.”

“Maybe. Okay, will see.” She got up and slipped on her one-piece silver jumpsuit, a pair of red pumps, and a matching hand clutch. “Back in a few. Fix breakfast while I’m gone?”

“Sure, dear,” I told her as the door slid quietly shut behind her.

I went to the window; the ash on the outside was definitely lighter, so was the sky. Still not enough to help, maybe another twenty years, fifteen if we were lucky.

So silly, so damn silly. The Eco Protectionists wouldn’t listen as they grabbed more and more power in the name of protecting the Earth. When the Krylon-Hunter crystal collector panels came out, they said the world was saved! Within fifty years, 67% of all the world’s energy was produced by the sun. The remaining was Nuclear, but they got rid of all the filthy oil and coal usage, as in zero.

Countries folded one by one, coming under the control of the Eco Protectionist Party or EPP. Using so-called UN forces, they took over the entire earth. Millions died in wars; billions died as they ‘purged’ the hardliners from the earth.

Oil wells were plugged with cement, refineries dismantled and melted down, Coal mines had their mountains collapsed on top of them, life was good. Well, if you don’t count the tens of thousands killed each year in the mandatory cracker-box cars that had steering systems break, or you hit something bigger than a Coke can.

Or your super efficient and cheap EPP houses fell down or burned up, or a hundred other problems that took your life.

The EPP felt Nature was a better steward of the earth than man, so they pretty much allowed the entire infrastructure to collapse.

Then nature showed they were wrong. One of the predicted fears of the long-dead hardliners came to pass as the entire northwest of the US disappeared in a single violent blast. The Yellowstone Super Volcano was born.

Just the plasmatic wave wiped the US and Canada over half their distance to the east coast, the toxic Sulfur Dioxide got millions more, and the tsunamis swept clean all the coastlines of the world, but that was the good part! The bad part was the ash and dust, and debris sent into the highest reaches of the atmosphere in incalculable tons. Then sun said, see you sometime.

The world soon found out they needed the oil they didn’t have and had no time to get, the coal they buried deep. They needed the plants that had to use them to run greenhouses for food and provide heat in the sudden nuclear winter.

Man was in trouble, and they took it out on a group called the EPP, the ones they elected. Total anarchy followed as they fought over the few remaining crumbs of bread left. It would take decades until the sun would be seen again as the Super Volcano showed no signs of stopping its massive spew of matter into the highest reaches of the stratosphere. That was more than two hundred years ago.

The door slid open, and Fran was smiling ear to ear. “He had a pin the right size and even the hydraulic press to peen the ends again. Good as new.”

“Fran, you know if the sun doesn’t come back in less than twenty years, we are all doomed, right?”

Our little corner of the earth had managed to maintain the reactor, but everything started to break down. If it failed for even a few weeks, humanity was doomed. We were fighting hard, but facts were facts.

After a skimpy breakfast, I went down to the lab; its door was squeaking as it slid aside. Would we make it? We tried so hard, but would we?

I shook it off and went down the line with the clipboard as I inspected each tank and compared it to yesterday’s readings. By late afternoon I was done; we lost three more.

The loudspeaker crackled, and the computer voice said, “Will Dave-17A report to the Robotics Supply? Your new arm is ready.”

I smiled; good, my right arm was getting quirky. I hung the clipboard on the hook marked, ‘Human Cryogenic chamber #2.’

If Chamber one was as bad, humans were becoming iffy, and without them, our supplies would run out in twenty years, and we’d fall apart as well.

They made us like them in a lot of ways. Using a few spare parts here and there from university labs and storerooms, they cobbled together just enough to have a shot at surviving the ash. ‘One last stand, one final hurray,’ they said.