The Hand of God: Red Shift 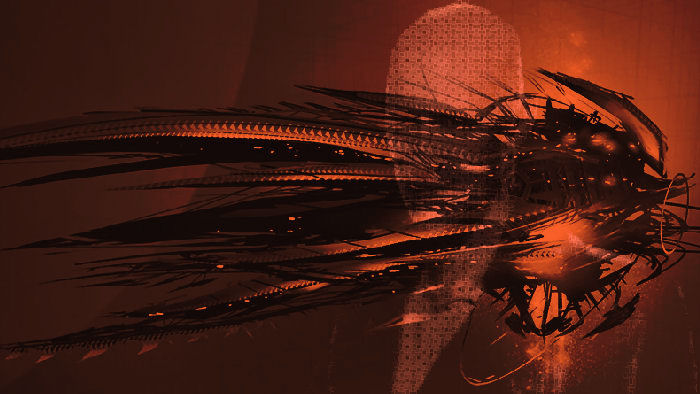 Just a slight push from a gentle wind and the Hand of God falls up and away, orbital velocity exceeded, into the night.

Now there is time for reflection and consideration during the slow fall outwards and upwards, away from the planet and from the plane of the ecliptic: the Wilson drive cannot be engaged within the LaGrange points of a gravity well; we are system-bound until we reach clear space.

Earth diminishes slowly in the viewport as I watch; its importance and its size are proportional since nobody alive today in that world will ever see us again. Reflecting on this visit as the wispy tendrils of the atmosphere grow thinner and the sky’s blackness deepens and thickens, I feel that I love that planet like no other: its dynamic capacity for self-reinvention surprises me every time we make planetfall there.

Yesterday, I bade my friends farewell; they all gazed up at me unquestioningly as I took my leave of them – all, that is, except Krista, whose lovely face wore an expression of slight surprise, as though she had failed to understand who or what I was. I had tried to explain it to her: “I work on a starship,” I’d said.

“When we leave Earth, the ship will go superluminal and it will be a distance of many light-years before we stop once again. The time dilation we experience means that many centuries will have passed here in the meantime: even if I wanted to, it would be impossible for me to return to you.”

I met Krista in a nightclub in New York; at least, I think it was a nightclub: the dynamics of the place were unrecognizable to me – this is to be expected after a subjective five hundred year absence. Consider what a subject of Queen Elizabeth the First, used to the taverns of the mid-1500s, would see when entering a twentieth-century nightclub, and how much of it would make any sense.

Krista came to me through an atmosphere thick with chemical smoke and sex pheromones; she was not overburdened with intelligence, and in that place, neither was I; she became my friend more easily than most since I am normally attracted to quicker, more vivacious minds, preferring a challenge to dull acceptance and sycophancy.

Nevertheless, our relationship, in the space of the few weeks it could exist, did fulfill all my expectations of it; the only nagging doubt was that questioning look plastered on her face at the end: as a matter of principle, I prefer my friends to understand fully what they are getting into.

This, then, is our life, myself and my crew. We travel the vast distances between stars; no matter where we make planetfall, nobody will have seen our faces; our names will not have been heard within living memory.

The ship is our only constant: there is no room or possibility for a relationship outside: the rest of the universe is an imaginary, transient Schrödinger reality that ceases to exist every time we jump.

On new planets (and they are all new, over and over again), we make new friends, whose temporary indulgences last only for the few weeks we stay. Once, I remember, we were stuck on a planet – one of the more backward, inhospitable worlds of the Sigma Draconis system, I think – for two months, as a fault was repaired in our Wilson drive.

I remember that, to a man, we were desperate after a matter of a few weeks to get out of that place: we felt trapped and stifled, as though our very lives depended upon our swift departure – perhaps they did, at that.

Many of my friends have asked me how I can stand it: “But what about the loneliness?” they said, one after another in their short, serial lives. I have given up trying to explain it to them: the very idea that a person can be happier this way is anathema to them: to wrap their planet-bound minds around it would very probably drive them insane.

I think I, and my crew, are in some way special people to be able to live like this: not once in all the years has anyone from any planet we have visited asked to become a member of our crew or to join us.

The Hand of God breaks my meditation to inform us that we have now reached a safe distance from “significant mass interference” and that the Wilson drive will engage within one minute, ship’s time.

This is the special moment: the short period in which Anderson’s probability cone narrows to zero: it is a moment of tension and exhilaration for all of us. I, preferring to experience this in solitude, keep my own counsel in the remote, anterior viewport.

The others are probably in the mess hall at the moment, laughing and swapping stories about their escapades on Earth, but I have no stomach for it: this is a period of quietude and inner reflection for me as I drink a fine single malt as a way of saying a ritualistic goodbye to the friends I have so recently made and had to leave behind.

The ship suddenly moves – as it traverses the lightspeed barrier, a mighty crack sounds throughout the hull: a relativistic cousin to the sonic boom I felt as our shuttle took off on our return trip; for me, a symbolic breaking of our ties to this particular present. The stars ahead of us shift color, becoming hard blue: those behind us begin to redden and dim: I smile at the irony.

Earlier, I chanced to see Jones as he returned to the ship: the man was covered from head to foot in blood, flaunting his sybaritic excesses almost as though he wished to be caught. His eyes were bright and hard; a rictus grin fixed his mouth in place: it seemed to me that a slight drool depended from one of its corners. I was disgusted by the sight: “What have you done?”

I wanted to cry; “What are you thinking?” but I repressed the impulse: by tradition, what each of us does on our visits is a private thing, to which none of us, to my knowledge, has ever invited another.

I have my own ways of making friends: I have special tools for the purpose. Mine are old: a knife whose edge is rippled from repeated sharpening; an axe stained black from centuries of use. My favorite tool, though, is my garrote: it can be kept in a tiny pocket, always available for use: an old friend indeed, but like all others, easily replaced.

Later, we will gather and assess our profits: the hold is filled with various and sundry items: a gold watch, the ancient photograph of a student’s graduation from a high school now as dead and gone as the student himself. Money is no longer of any importance to us: over the centuries, simple interest on the bank accounts we hold in so many star systems has rendered us all billionaires in any currency, many times over.

More important is the sentimental value of the items we retrieve. One most precious to me is an infant’s milk tooth: the keepsake of a young mother I befriended on Beta Lyrae 4: “Oh, yes!” she cried, as I led her down into the musty solitude of her root cellar; I eviscerated her there, watching in fascination as her hot life gushed out onto the cool, earthen floor.

Later, as I breakfasted on her kidneys, which I cooked with wild herbs from her garden (the aroma was magnificent!) I reflected on my fortune in having such friends as these: this dear lady, by the time our friendship had run its course, had understood perfectly what I was, and what I did for a living.

Poor Krista: perhaps the ending of our friendship was too sudden: in retrospect, I believe that in my selfishness, I failed to give her the time she needed to form a satisfying conclusion. I must make a mental note that a hammer is an unsubtle and barbaric tool, never to be used again. It’s the sort of thing Jones would use, but then, he never really was an artist; sometimes, I must confess, I really don’t understand what he’s doing here.

For Jones, I suspect, our visits present the opportunity to exact revenge upon the universe for whatever chthonic purpose inhabits his mind; for myself, I see somehow that there is a balance which must be maintained; the work I do seems to me to be in tune with that need; after each visit, I feel cleansed and pure, as though a basic, universal innocence has been restored in some way.

The heavens scream as we rip a hole through their fabric, tearing into the clean, blue future and leaving the past red and murky behind.

Dan Sutton is an English writer, computer programmer and musician currently living in Los Angeles. His interests are primarily in science fiction, physics and language. He has also been known to participate in wildly dangerous, ill-advised rally driving from time to time.

One Year in the Autism Diaries

The Hand of God: Ouroboros

The Hand of God: Blue Shift