Excerpt from The Skin of Lions: Rwandan Folk Tales (as told by the children at ROP Center for Street Children.
By NSHINIYIMANA Jean Paul (Age 11)

There was once a husband and wife who had a daughter and a son. The daughter’s name was Gato and the son’s name was Gakuru. Their mother died and left them alone with their father.

One day, their father told both his children to go find some firewood and bring it back home. After they left to find firewood, Gato hid from her little brother Gakuru and went off to play with her friends. Gato’s friends gave her some extra firewood, which she brought home to her father.

When her father asked her where Gakuru had gone, she said, “He went to play with the girls.”

When Gakuru got home, his father asked him where he had been and why he only brought one piece of firewood. He told his father that he had been looking and looking, but this was all he could find. His father didn’t believe him and told him to go get their wood splitter. Gakuru went and got the wood splitter and handed it to his father.

His father told him to bend forward so he could look at his head, but the father took the axe and split open his son’s head. 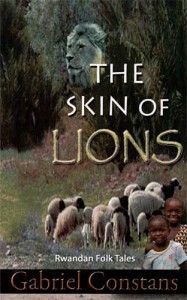 After Gakuru’s father had split him into little pieces, he carried his body to the field and buried him in the ground near a papaya tree.

Not long afterwards, Gato went to pick some fruit from that papaya tree, but became afraid when she heard a voice saying, “You cheated and lied and now I am dead.”

She walked up to the tree again and heard it say, “Don’t pick from me. Because of you, I brought my father the axe and he took my life.”

Gato could not pick the fruit and ran home to tell her father about the talking tree.

Her father said, “Let me go with you. I have to hear this myself.”

When the father tried to pick the fruit it said the same thing, “Don’t pick from me. Because of you, I brought my father the axe and he took my life.”

The father told Gato to run to the house and bring back a shovel. Gato did as she weas told. When she returned, she and her father dug up Gakuru’s grave. The only thing left was a rib bone.

Gato and her father took Gakuru’s rib home, washed it and apologized for what they had done. In that instant, Gakuru returned to his original form.